This trip has been fantastic, so far. It’s only going to get better as if we needed any more ‘proof’ that God has got his hand on it, and is integrally involved in it, we got it yesterday, though a lovely miraculous intervention. Not a physical healing one this time, but REALLY practical, and essential, and right on time… 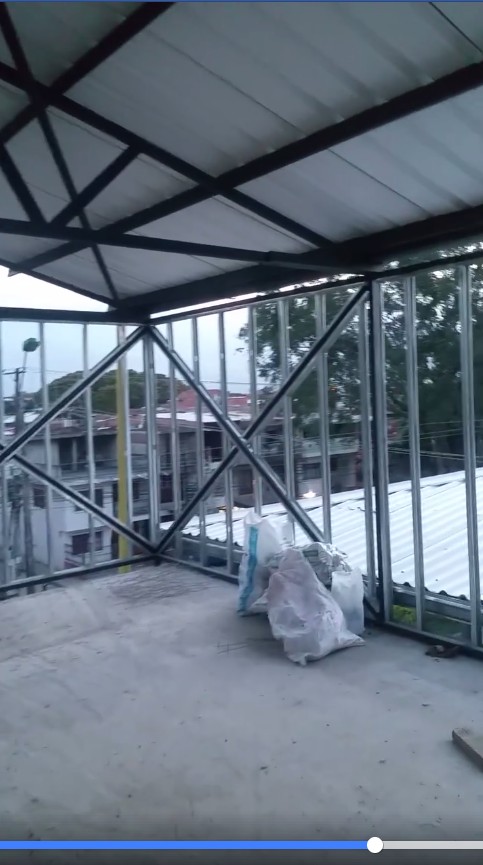 The completed amazing ‘shell’ of the Children’s Refuge

We’re getting to the point where, because the construction of the Street Kids refuge is going so well – Thanney reckoned yesterday that he was about a day AHEAD of his schedule, which meant that yesterday, he was able to stop work at lunchtime (until more materials arrive this morning there was little more he could do), so he was able to have a rest, which I was happy about as he works so had, and his foot/ankle needs rest)…. Yesterday, Thanney did a short video of the whole construction: I think you’ll agree that for a building constructed so fast, with only one expert builder (Thanney), and on a shoestring sometimes non-existent budget, it’s amazing….

How did the miracle come about? Well, our budget for the construction on this trip was £25,000. Prior to leaving Northern Ireland 13 days ago, we’d reached around £16,000 (a little vague, as some promises – perhaps better to call them ‘suggestions’ – from people hadn’t materialised!). We were worried that work would grind to a halt the middle to the end of this week, still with a full week here next week). Some money came to us for some expensive materials and work Monday: by Wednesday we were ‘skint’ (broke, out of money, for non-Brits and Irish!), but Thanney needed to buy a large quantity of plasterboard… wonderfully some money came in yesterday morning, but with everything we had it wasn’t anywhere near the cost of the materials Thanney needed – 36 sheets of 8 feet by 4 feet plasterboard and the outside cladding.

In faith, he and Wilmar went shopping. At the Colombian equivalent of B&Q, they ordered some materials, to be delivered today…. and then to another building suppliers for the plasterboard. The lads sat on a big pile of the plasterboards while they talked about what to do. Thanney felt that to buy one thickness of board would be perfectly adequate rather than a slightly thicker one. The board was on offer: a discount if you bought 40 sheets, Thanney needed 36. So he worked out what he’d need for other internal walls – like the toilets, washroom, small kitchen etc, and for other rooms. He’d need 58 sheets, which meant getting the bit of discount, which of course, helped a bit….

The electrician is in, too, so cable and wires to buy: and the friends who have a business installing sound systems, will be at the site tomorrow to say what is needed to ‘bury’ the cabling in the walls, and for built-in ‘plugboards’ etc (for the church that will be planted there as soon as it’s ready, and so the kids won’t have ‘spaghetti junction’ to trip over!), and the air-conditioning people in on Monday, we’re on our knees asking God – and his people – for help!!

« Extending the Kingdom of Heaven on earth….
God with Us (Dios con Nosotros) »

1 thought on “Incredible ‘God-thing’ that only he could ‘manufacture’! And a short video of Thanney’s amazing construction work…”