A good day for Thanney and Johnny at the Foundation today, as between them – bearing in mind that Thanney is one-handed, and Johnny’s never done this sort of work before – they completed all the steelwork for the suspended ceiling, only to be held up by the non-appearance of an electrician…. he’s needed to put wiring in above the ceiling tiles before the ceiling can be totally finished: the tiling of the floor should take a couple of days after the air conditioning is put in at the end of the week. The outside staircase will begin next Monday…. so, if everyone local does what they’re contracted to do, the centre will be ready for handover on Sunday week, the scheduled date, and our last full day here…

…which is a miracle as I’ve said before as it amounts to around 6-7 working weeks from Thanney, these two here so far with the massive limitations of his broken hand!

It works for me copying and pasting it, so give that a try! The building has advanced since Johnny shot this short film….

God’s done wonders, though Thanney clearly suffers with his hand at the end of each day, he is determined not to let it stop him. Just like Johnny with his back… they’re a great pair of guys, literally suffering for the Kingdom…. 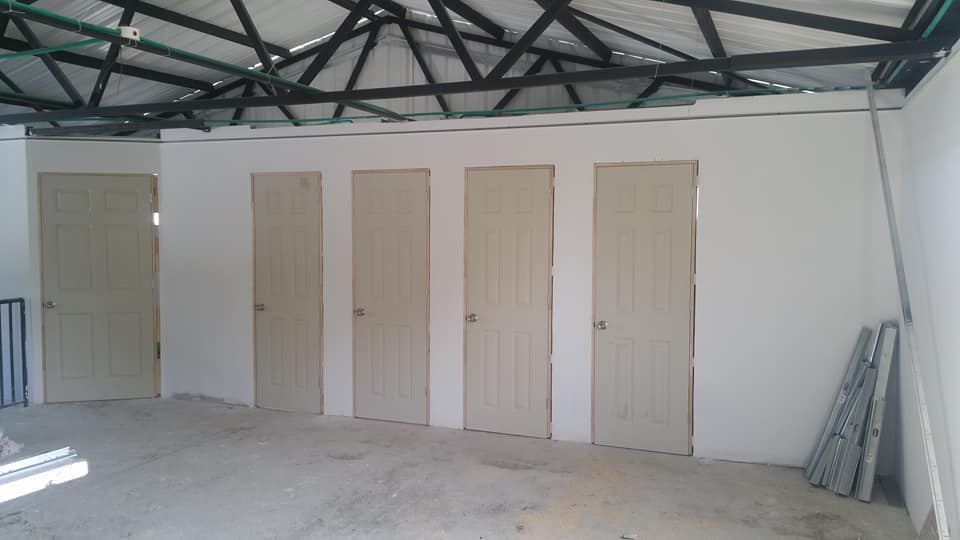 The loo doors make an amazing difference in the ‘completed’ look! 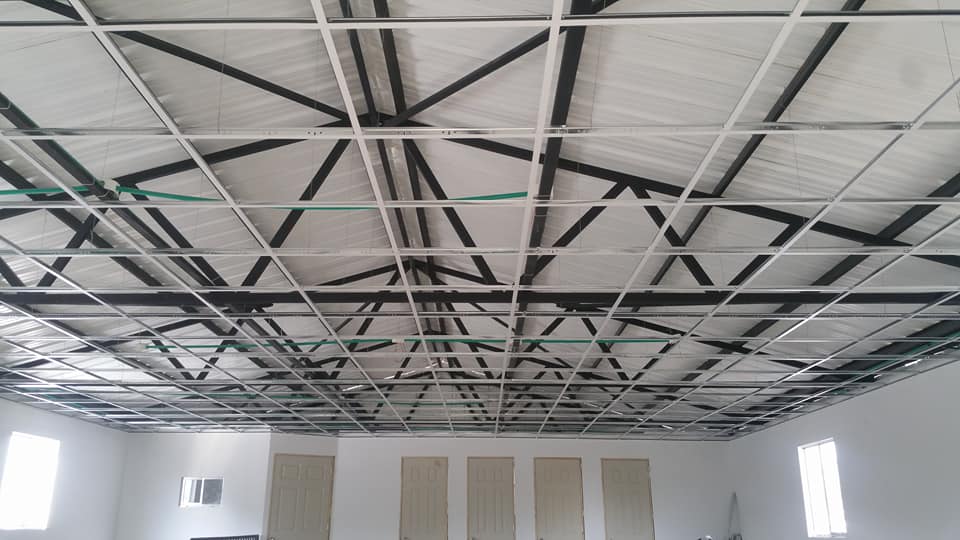 As does the incredibly complex ‘meccano-like’ structure for the suspended ceiling….

Thank you, Lord, for stretching the finance – the flooring guy reduced the amount he was going to charge by 1.8 million pesos (almost £500), and the air condtioning Thanney has managed to get down from 16 million pesos (£4,000) to 6 million (£1,500). We’re still running about £1500 short with unexpected extras that ‘crop up’ as work nears its end.

And thank you, Lord, for multiplying the work of Thanney and Johnny’s three hands to do the work of a dozen….

Tonight, after a ‘Delhi-belly’ night for Cathy – much disturbed, no further details!! – and after her blockbuster pre-Sozo session yesterday, she also won’t let THAT stop her, and she and Dennis are in the city of Yumbo, delivering another similar session to the church/churches of my good friends Alex and Diana Betancurt. Lord, sustain her tonight after a night of no sleep and a day of feeling weak….and do MORE than you did yesterday!

They’re out of the apartment at 7 am in the morning for a few hours with rehabilitating drug addicts in Dagua, high in the Andes, with my great pastor friend Francisco Riaños.