I make no apology for this post, it’s similar to one I wrote a few years ago: For many years, I had the privilege of doing some ministry alongside an awesome man of God many of you will probably ever have heard of. His name? Ken McGreavy. No bells ringing? If you were a Spring Harvest regular in the 80’s you’ll know of his amazing Bible teaching, but outside of that, Ken was very much an ‘under the radar’ man. Why? 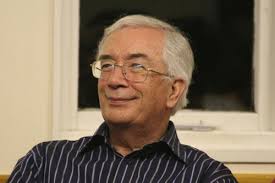 A softly spoken, but powerful in God Yorkshireman, was called by God to ministry many years ago (he’s with his heavenly dad now, much, I believe to God’s delight – even if it’s our loss). When he was called, God asked him, ‘Ken, do you want prominence or significance?’

Oftentimes, the two DON’T go together. If you’d known Ken, you’d have known his answer. It was a no-brainer. SIGNIFICANCE. And Ken became a massively significant man in the Kingdom of Heaven on earth, mentoring people, discipling people, teaching them keys of the Kingdom, ministering to them at the deepest point of need, with his wonderful, self-effacing style, and amazing smile allied to his soft Leeds accent…. some of the most effective ministries in the UK had Ken ‘on board’ to advise, encourage, help with direction – and so much more. I think it’d be true to say that NGM, in Bristol have, in some measure, achieved the awesome levels of effectiveness that they have, in part because of Ken’s input.

I meet many people who are in ministry in many countries, during the course of a year. And over the last 40 years. So many want prominence, to be on TV, to have a ‘shop’ on their website marketing their ministry. I’m not sure Ken ever DID have a website: and you certainly won’t find shelves full of books in Christian bookshops written by him.

Jesus NEVER called us to prominence, success (in the world’s terms) – but to give a cup of cold water in his name, to visit people in prison, to look after the widow and the fatherless…. I’m frequently under ‘pressure’ to write books, sell cd’s of me preaching (you’d need to be a masochist to listen to this voice!). I can’t. I truly can’t. I have no desire for prominence, no desire for ‘big’ platforms, just little groups like we were with last night, about 15, in a poor district of Cali: and God was there, big time.

What do YOU want? PROMINENCE? or  SIGNIFICANCE? Thank you, Ken, for your legacy, and thank you that your significance is now lauded in the best place possible – alongside the Lord your God who delights in you….

« Wonderful Sunday…. in a place of resurrection
INSPIRATIONAL GERIATRIC VISIONEERS »

1 thought on “PROMINENCE OR SIGNIFICANCE? What do you want? A brief story of Ken McGreavy…”