I promise this will be the second and last post about friends…!

I’m one of the world’s worst people at saying ‘no’ – though I am a lot better than used to be – especially where friends are concerned. That’s why sometimes, in the past, my diary was so choc-a-bloc you couldn’t squeeze a piece of paper between bookings. Over the years, as someone from a family that pretty much never travelled outside of England, I’ve made friends all over the world, so I’d always try and ‘accommodate’ them if they gave me dates to be with them. Not so many years back, I did the ridiculous (to me, now) thing of being in Romania for a week, 24 hours at home, then off to Kenya for a week, 18 hours at home, then to Colombia for 4 weeks….I hate, just hate, letting people down.

I felt bad this morning, as I had to cancel a breakfast date with my good friends Steven & Helen Anderson, who head up ‘Healing Rooms’ in Scotland & Ireland, purely because my knees were so bad last night (!).

The truth is, or perhaps should be, that whatever we’re doing is not more important than a friend in a crisis (I hope that not being able to walk is a valid enough reason for missing brekkie!).

One of the great sadnesses of my life is that there HAVE been people whom I called ‘friends’, but realise later that I was their friend because I provided them with a way to fulfil their own ministry, by taking them with me on trips. Sad, because when I realised that nothing was reciprocated by way of friendship, and I stopped taking them, those people effectively disappeared out of my life. I posted a brilliant quote (not a Paul original, I’m sad to say!) – 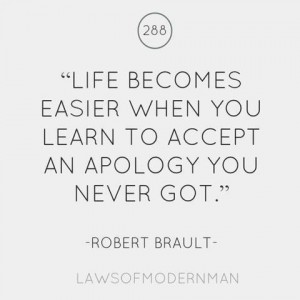 My desire is always to do that: sometimes, you do get apologies from people, but mostly, it’s just silence, and – for me – I have to ‘put down’ the disappointment, and move on. It doesn’t mean that people cease to be friends: but it does mean, for me at least, that I’m more wary of ‘being used’…..that’s NOT friendship: it’s an attempt at manipulation, which Biblically is pretty serious! And it does mean, from my perspective, that you might find invitations to join me in some places might just cease to exist…!

But we’ll keep you close as always

It won’t even seem you’ve gone

And friends are friends forever

‘Cause the welcome will not end

It’s so important to guard your heart, huh? The Hebrews writer said ‘See to it that no root of bitterness spring up, and by it, many are defiled’. So if you’re reading this, and you think or believe or know that I’ve upset/offended/used you, please let me know, as in my life, for the sake of my own spirit, I like to keep short accounts! And maybe, just maybe, if you’re one of those who have done the same to me, I’d just LOVE to hear from you… just to close any door that the enemy might have to cause trouble.

« And friends are friends forever, if the Lord’s the Lord of them…
‘That’s my King!’ »