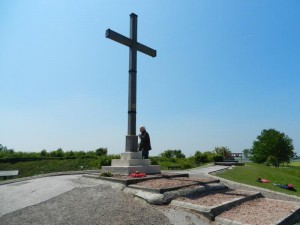 My interest in the wars was always ‘there’, as my dad was a pilot in the RAF, once he reached 18 years old (1942). His command was in Wellington and Liberator bombers. As dad died when I was 12, I never had a chance to talk to him, as I would have loved to have done, about his experiences, emotions, feelings….Since becoming a Rhino (again, for those who aren’t regular readers of this blog, it’s a group of men – 8 of us when all there – who love each other to bits, pray for each other and it’s a wonderful way to fulfil the vital need for ALL men, not just ministers, to be accountable to others: Rhino is not the animal – it stands for’ Realy Holy If Naughty Occasionally!) – I’ve developed a real passion for the wars, the sacrifice, the cost. It’s a great blessing to have, as one of our little clan, John Pressdee: he’s the ‘Padre/Chaplain’ of the Crater, and on July 1 every year, the anniversary of the ‘mine’ bomb disastrous exercise, he holds a Memorial Service.

The Somme is indeed a very beautiful, but tragic part of France. At Lochnagar, 5,000 men lost their lives in the first hour, 60,000 in the first day. What an honour it was to have the first ever Communion Service/Requiem Mass for the thousands of men whose bodies have never been recovered, still under the ground we walk on when we go there. 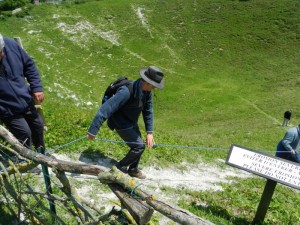 It’s the 100th anniversary in 2016: our plan is to be there again, on July 1, to thank God for men who sacrificed their lives – some in seconds after the advance was called, so Britain could be free. Special to me, of course, was the Ulster Memorial, so I’ve included a couple of pictures. 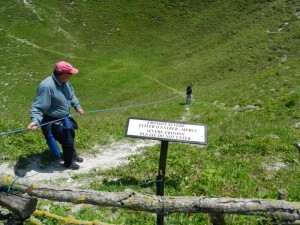 Nick Battle on his rope descent

I have absolutely no idea how to make the pictures go where I want them: awaiting my mate Lee’s help with that one, so my apologies for the randomness of the photos! We were doubly honoured, during our hours there, to have Richard Dunning, the man who ‘rescued’ the Crater from being a motor-bike fanatics favourite haunt: turning it into what a should be – a lasting memorial to the (mostly) young men, who died. I think John said that 1 million late teenage lads lost their lives at the Somme, a huge percentage of a generation. And, despite it’s history of tragedy and loss, the Peace of God reigns there, and, unlike the Nazi death camps, birds still sing….. 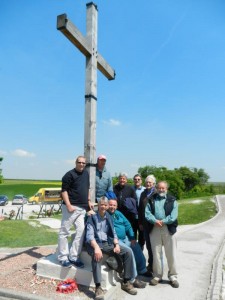 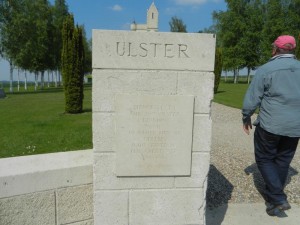 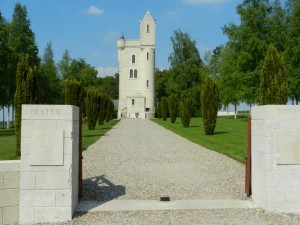