I thought I’d put this in a separate post for those who’ve specifically been praying, and for those who have wonderfully helped, financially, in the ‘closing down’ of my ‘life’ in the United States!

I heard, the day before going to Colombia, that my shipment from the USA, subject of such ridiculous stress and trauma, had finally made it to this lovely island. It cost a humongous sum in the end, and the legal demand from a lawyer to the moving company outlining his responsibility to pay for it, has, so far, in 5 weeks since he received it, gone unanswered. The owner of that moving company is a ‘christian’ (small ‘c’ purposely) – it seems his already liquidated company acted illegally before he removed my goods from the house there, and among some senior lawyers in Hampton, Virginia, he is apparently well-known and utterly despised and disrespected. What a reputation to have as a ‘known’ christian…..

The fact that he hasn’t responded, with any honour at all, and neither have I heard from the former pastor, his wife, the current pastors (the former pastor’s son and daughter in law), means that the only course of action open to me is to formally sue him, and take him to court. BUT…. that means $10,000 AT LEAST up front, and, in the ‘supposedly’ advanced nation, legal costs aren’t necessarily the responsibility of the ‘defendant’, so it could last a long time, cost multiple 10’s of thousands, and I’d never get it back. So, I just have to leave it here: be thankful my stuff has arrived (though I have no idea what condition it is in, and I don’t REALLY have time before going to Mexico to start sorting it out – it’s in a storage unit about 2 miles from my house).

Thank you, all who so wonderfully helped me, and all who prayed. I’m so grateful to you.

I got another great bit of news yesterday, too: from the Estate Agent (Realtor!) to say that the sale of the house in Virginia finally completed on Tuesday afternoon, at 5 pm US time, so, letting the court case go, it finally means I’m free of the USA for the time being. The Estate Agent has been brilliant: she’s done everything she could, knowing the situation I’ve been in. Sadly, the person who promised to ‘look after it’, didn’t: it ended up with dry rot in back and front doors, the roof needing to be replaced, termites (a result of the same person’s failure to check when it flooded 3 years ago), and quite a few other issues which all ended up costing a fair bit. Forgiving said person isn’t the issue: I just wish I was more like God, and could CHOOSE NOT TO REMEMBER…. guess we’re all in that place until we finally become like Jesus, when he returns, or if we pre-empt that and go and see him first! I think the abandonment by ‘friends’ in the USA in May 2009, and all the subsequent crap that’s happened in the 4¼ years since then, will leave their scars. I pray that I won’t keep looking at – or poking – those scars for too long….

And, bizarrely, and theoretically, now it’s all over, my 5 year period of waiting, having been returned in May 2009 (and now known to be unfairly returned!), will be up in April next year, and, as I say, theoretically, I can go back. At least I’ll transit, and I have a few preaching invitations to fulfil once I can get back…. 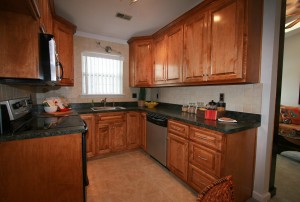 Not a bad little house…but a relief it’s gone! 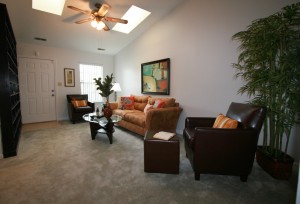