Going to Cali, that is…. I’m so conscious of the fact that every time I come back from Cali, I make the same statement. The problem I have is that it’s TRUE! I’ve been home a week now: and it’s almost impossible to settle or relax. That’s because there’s nothing better than seeing God move in people’s lives, bringing light where there was darkness, through salvation: bringing healings and miracles where there was disease and infirmity: and bringing hope where there was none.

What could better that? I can’t think of anything. After a couple of ‘quiet-ish’ days to ‘acclimatise’ Peter, Kerry, and Caroline into the heat, the altitude, the atmosphere, the culture (and for me, too: even though I’ve been to Colombia 67 times, and Cali 58 times within that, it still takes a short period to get back ‘into’ life there), God hit the accelerator pedal from the Saturday, and, far from easing off, kept pushing it further and harder!

There’s no way I could keep a record of how many were saved, how many were healed, how many jaw-dropping miracles there were. They just roll one after the other. The guys with me at Easter – Chris, Brian, and Paul, reckoned 90-95% of the prayers for healing were answered. Certainly that was repeated, if not bettered, as I don’t recall one of my team telling me any ‘testimony’ of someone NOT healed. My goal? Well, Acts 10:38 says, ‘Jesus of Nazareth went about doing good, healing ALL…’ – and, I – and the people with me – and YOU, too – WILL do what Jesus did, and GREATER things we’ll do than Jesus, because he’s gone to be with the Father (John 14:12, in case you didn’t know it!). 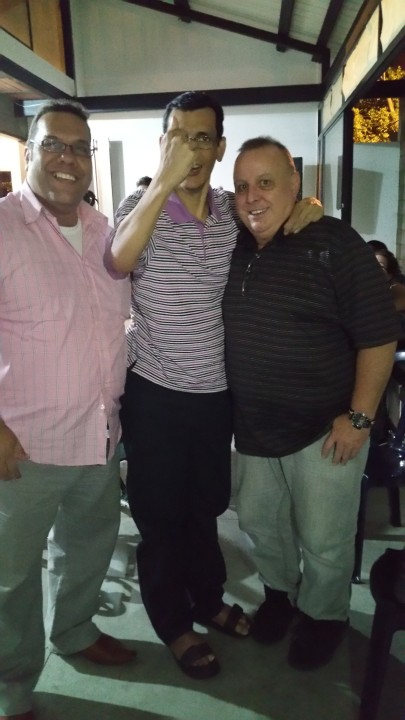 Leonardo, up – and soon to be running… 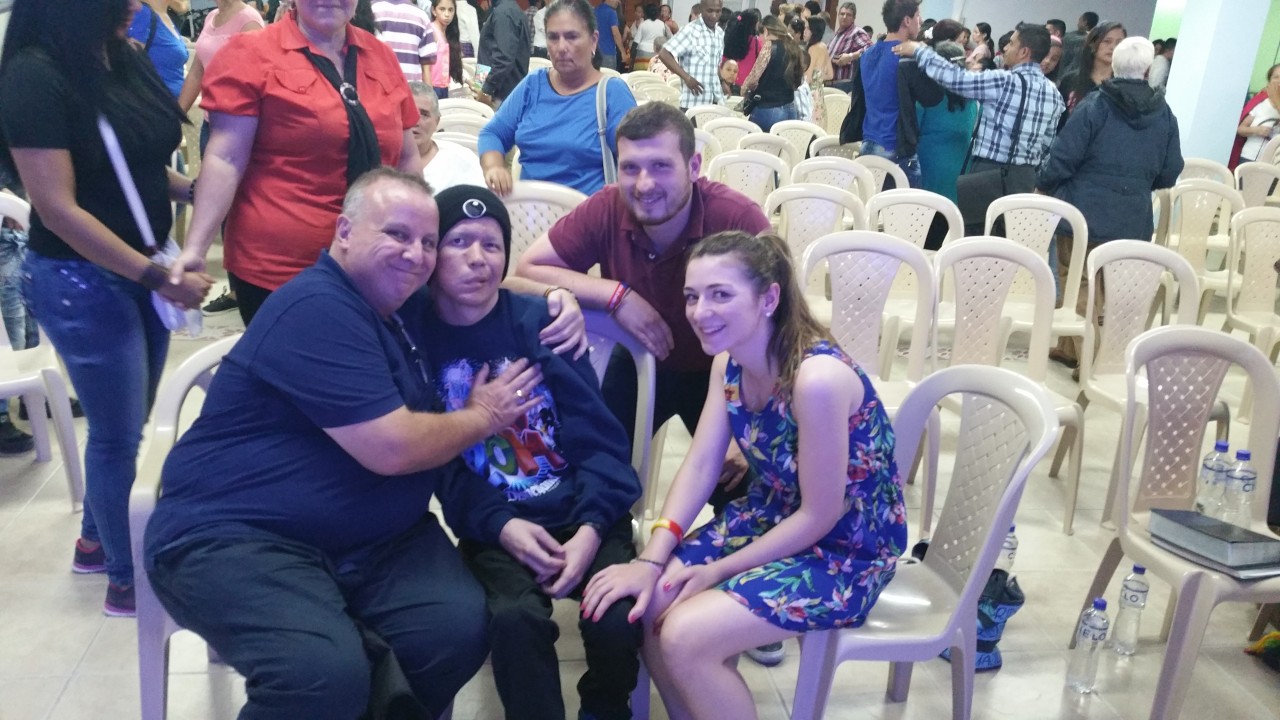 Steel dissolving / disappearing; cancers leaving; cataracts / glaucoma / myopia disappearing; Leonardo, 4 years wheelchair bound with brain disease ataxia, no voice, not stood up for those years – standing, talking; countless osteoarthritic knees / shoulders/ wrists / hips – healed; Fabian, born with hereditary genetic brain cancer, no voice, could die any moment (doctor’s prognosis), such fear in his eyes that they looked like to pee-holes in the snow, unable to walk unaided – spoke, fear went (his eyes became alive and sparkled), walked away – though only after the moment (scary??!!) when I thought he’d died in my arms while I hugged him) – and left us with a smile on his face, and hope in his heart; countless people healed of the ‘local’ mosquito-borne disease chicunguña – hundreds and hundreds, literally, if not into four figures…a disease like fibromyalgia; one of the ‘territorial’ diseases over the Cali / Tulua region is gastritis, and it’s similar ‘friends’, Irritable Bowel Syndrome, Crohns disease – hundreds were healed of (mostly) gastritis, but the others too…

Seeing the blessing it is to Pastors to have ‘gringoes’ (anyone who is not Colombian!) visit their churches, is so humbling. Often, when we meet before a meeting, they are full of apologies about how big/small their church is, how dangerous their barrio is, how sorry they are that they don’t have a car and that we’re squeezed into a taxi (that’s fun!!), how few visitors go to them (mostly none: as they’re so poor there’s no ‘offering’ and expenses towards the trip). You know, they’re the churches Jesus would be in, they’re the barrios Jesus would around in, they are the people on whom Jesus would tip out compassion…. it is SUCH a joy, a privilege, to go to them.

So, I’m planning the next trip to Cali now! It’s only just over 12 weeks away: I’m praying about who to ask (I have some ‘in’, and some ‘probables’ already), as I do want to take people who have a love for the Kingdom of God, and not just a desire to see miracles. I’m so grateful to God that, in 19 years of going to Colombia, and those 58 times in Cali, I’ve only had one or two that I wouldn’t take again. Most, who have a heart for the Kingdom, fall in love with the city, and the region, and want to keep going back. That thrills my heart, that others catch the ‘specialness’ of my adopted home country and my adopted home city.

Some people won’t go because of the ‘dangers’ – it’s so sad that fear rules in many believers lives. Some won’t go because of the temperatures – unless you’re made very ill by 34-38 degrees (unlikely!), how pathetic is that! Some won’t go because of food!!! Well, I posted enough pictures of food during July to show that we can eat better there than where we live!! Ah, the steaks and the coffee, the burgers from ‘El Corral’, the ‘pan cook’ big French bread boules filled with – well, almost anything you want, from chicken curry, to beef stroganoff, pepper steak, shrimps (not for me!)….

More than anything else, I can’t wait to be back with some of the loveliest people you’ll ever meet. I won’t name names as ‘ll miss many out, but I can’t think of anyone I’ve ever met there that I am not dear friends with.

And to see God’s Kingdom come, God’s will be done, on earth as it is in heaven – well, there’s no sacrifice that we can make that is too great to have THAT privilege.

This lovely family I prayed for in March last year, as they wanted a baby, but couldn’t conceive. In December, Romeo was born: in April I was asked tp pray that he’d stay healthy: in July, he’s a ‘dream’ baby, never unwell, and so good…