I’ve just had a phone call from Davy King, from Londonderry, to tell me of some ongoing healings and miracles in Derry – I mentioned some in the blog on 10 May. Caroline, with fibromyalgia, osteoparosis, and collapsed vertebra, has been pain free and doing well for some weeks now. Her friend, who’s name I couldn’t remember (it’s Libby!), also with fibromyalgia, spinal problems, and a raft of other illnesses – is pain free, healed, smiling from ear-to-ear… Davy saw them today. Anne, healed of cancer, is doing wonderfully well.

I’m up there on Monday and aim to see some of the people that God has healed, and get short video testimonies from them, as well as pray for a load of other people, including a number who are hearing about what God has done, and are calling, or turning up at, Davy’s house – this morning, a postman he doesn’t know called and asked for prayer the ‘next time that guy is here’! – Davy’s bank manager the same  – he’s dying with cancer, plus a load of friends of the people already healed.

Perhaps the most incredible one is the story of Dean, below: saw him in the Royal Hospital in mid-March when he then HAD a severed spine, paralysed the whole lower part of his body, and wouldn’t walk again. That day, he got ‘feelings’ in his feet and toes, and lower legs…. and now this article has appeared in the Londonderry Sentinel newspaper…. a miracle in progress, though of course, God doesn’t get a mention! He doesn’t mind, though I’m sure he’d prefer the acknowledgement! Maybe when Dean’s riding his bike again that’ll happen…. 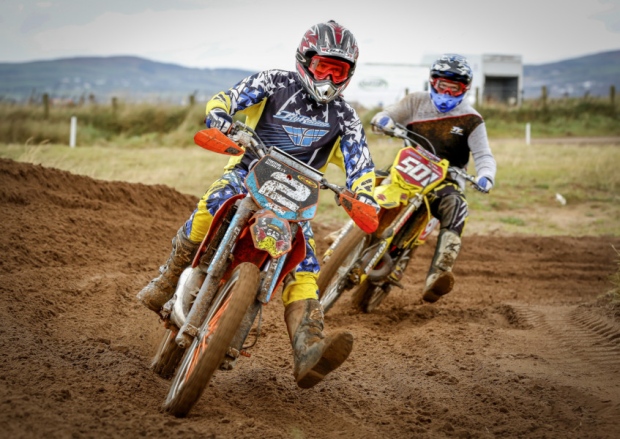 A Limavady man told he might never walk again after a motocross accident in March has begun to make a recovery.

Dean Doherty, who was airlifted to the Royal Victoria Hospital in Belfast with a severe spinal injury after an accident at a motocross track near Magilligan, is planning on visiting the North West 200 this weekend.

He was told by doctors in March that he might never walk again but is now making better progress than expected.

Encouragingly, doctors have found that the Limavady man’s spinal cord was crushed, rather than severed as had been feared initially.

Now, the 26-year-old is planning a visit to the North West 200 this weekend where he hopes to meet his road racing heroes.

Aidan said: “He is not walking just yet but he has a bit of feeling in his legs now – down to the knee. As a man says ‘it is better that it is coming’. Slowly but surely.

“Myself and Dean are planning to head to the North West this weekend. At the beginning things weren’t sounding all that good for him. He is definitely improving.

“It’ll be on Saturday morning I’m planning to lift him at about 7 in the morning so we can head up to the North West. It’s good to get him out and about. He is not allowed to go home because he has to get his medication and things like that.

“At the weekends he can get out of the hospital a bit. He is going through a lot of physiotherapy at the minute.

“Right now they don’t seem to be doing a lot to try and get him up walking. They seem to be trying to get the muscles built up in the back first.

“The main thing was that the spinal cord wasn’t broken. It will take a bit of time for it to heal. I’ve been doing a bit of reading about it and apparently it can take years for a nerve to heal properly if it’s badly damaged.

“Hopefully everything goes okay for the North West.

“Dean has been following the road racing for years – never misses anything. He’s been to the TT and I’m sure we’ll enjoy it.”

So, I’m looking forward to Monday, as God seems to enjoying Lomdonderry at the moment!! Then, later in the week, it’s over to England, en route to Romania, for a week, then 10 days in England preaching, and visiting supporters…..

« All things work together for good – even when they don’t seem to be!
What the enemy means for harm, God means for good…. »