To add to the post that I wrote yesterday about my dad (I’ve put it below if you don’t see Facebook), and really making the most of, and honouring, your parents, it’s been my privilege over the years to pray with countless people who – humanly – have every good reason NOT to honour, or forgive, their parents. Yet, when Jesus becomes involved in that situation, forgiveness and restoration bring amazing healing. I know countless situations where families have been restored through the willingness to forgive, and the power of that forgiveness. Children of abusers, murderers, theives – find that there is redemption.

When dad died. for some years I had major emotional and psychological issues, understandably.. Mum struggled to be a single parent, especially with a ‘troubled’ teenage son: we certainly had our battles and confrontations. When I got ‘properly’ saved (as opposed to being a ‘christian’ because I’d gone to church all my life), everything with mum changed. It was a lovely relationship. When mum was hit with vascular dementia 11 years ago, it meant her mind ‘went’ overnight. I wanted to visit her as often as I could in the care home, even though she lived in West Cornwall. I committed to seeing her for at least a couple of days every six weeks, even though from the first visit she had no idea who I was (that remained until she joined dad – without doubt much to her joy – in March 2010). For four of those 5 years in care, I was based quite a lot of the time in the USA, so it was a long trip to see her, but I’m so glad that I did, as she’d really sacrificed her life to bring me up through those tough years, when she was in desperate grief herself. It was the least I could for her after her life of serving other people, especially me. 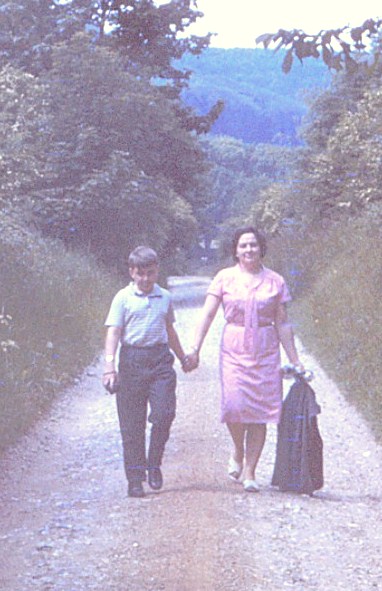 Often, it’s pride that keeps us from restoration: often, the lies of others, that we’ve believed, that makes us determined not to forgive. ‘Forgives us our sins, as we forgive those who sin against us’. Luke 11:4.
Isn’t that something? Jesus teaches that as we ask our Heavenly Father for forgiveness, we should also confirm our practice of forgiving others. Of course, this assumes that we are in the practice of forgiving others, an assumption that may or may not be true for us. How could we pray in the way Jesus teaches us if we are unwilling to forgive? How could we ask God to forgive us if we hold grudges or become mired in the quicksand of resentment? There are a few verses in the Bible that scare me: Luke 11:4 is one of them. Forgiveness is such a powerful thing. If we don’t forgive, the end product is too scary to contemplate. I guess many of us know – I certainly do – that unforgiveness destroys US more than it damages the person we haven’t forgiven. And when it’s our parents, it taks on an even greater significance, because of what God said in the ten commandments.
Not forgiving parents (or anyone, come to that) is not given to us an option in the Bible, is it? Exodus 20:12 says “”Honour your father and your mother, so that you may live long in the land the LORD your God is giving you.” It was a long time into my Christian life before I really took in the second half of the verse: it’s hugely significant, and I know of people personally who are, or will be, on the ‘wrong end’ of that verse, because of unforgiveness. While forgiveness is often far from easy, it certainly isn’t impossible. And I know myself, that I can’t hold on to unforgiveness, and maintain doing what God has called me to do. Those of you who know me well, will know some of the ‘areas’ of my life that I’m referring to. I can’t imagine getting to the end of my life still holding on to unforgiveness from decades back….
There’s a great song from some years back, ‘The Living Years’, by Mike & the Mechanics, which is very sad: maybe something some Christians can learn from it:
https://www.youtube.com/watch?v=gUdiQWxps5E
Don’t waste your life holding on to unforgiveness: I pray with many people whose illnesses stubbornly won’t go when prayed for, then to discover that they haven’t / won’t /  can’t forgive someone…. and I don’t know about you, but I really do want to live long in the land the Lord my God is giving me…..
Facebook post 30 September 2016

Being very aware that there are some situations where this might not be possible, for various reasons, I’d love to encourage the majority of who can do it, to really make the most of your parents….

I know I’ve talked about my dad often, he was a wonderfully special, Spirit-filled man, loved by everyone. It was 51 years ago today that he died, aged 41, when I was 12, I’d just got home from school…. the impact dad’s death had on me was immense. 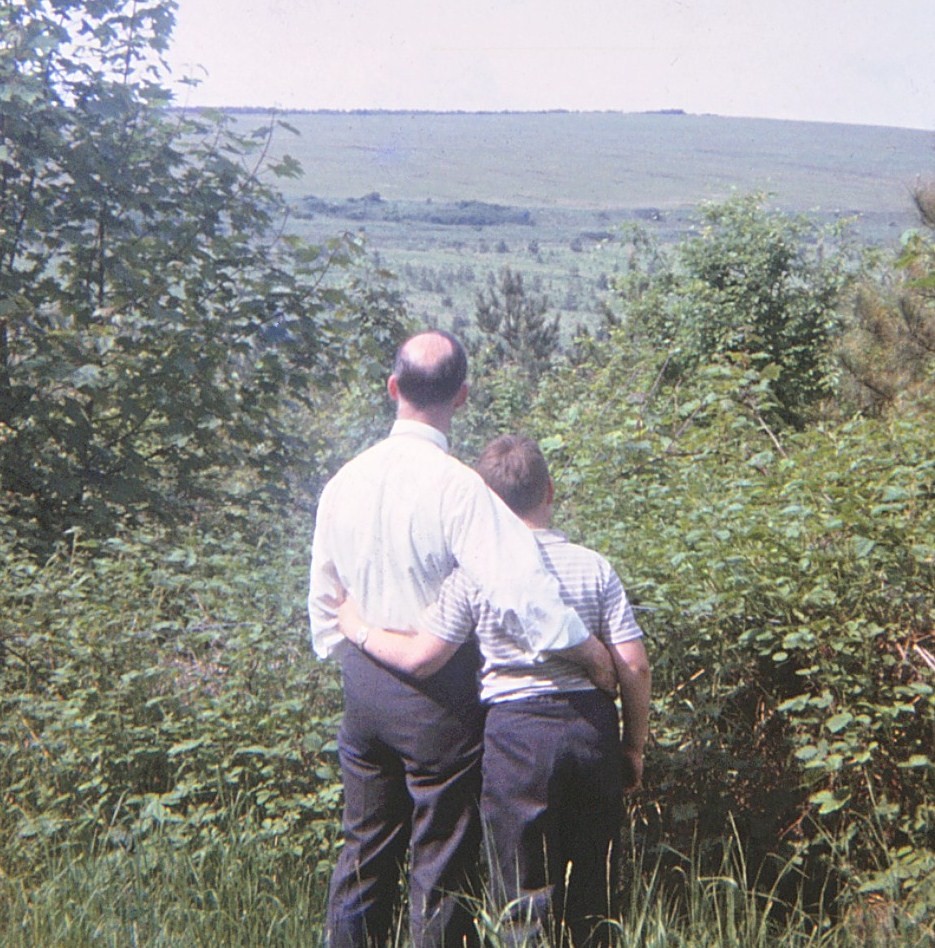 With dad, May 1965, in Friston Forest, East Sussex, just 5 months before his his untimely relocation from East Dean to Heaven…. 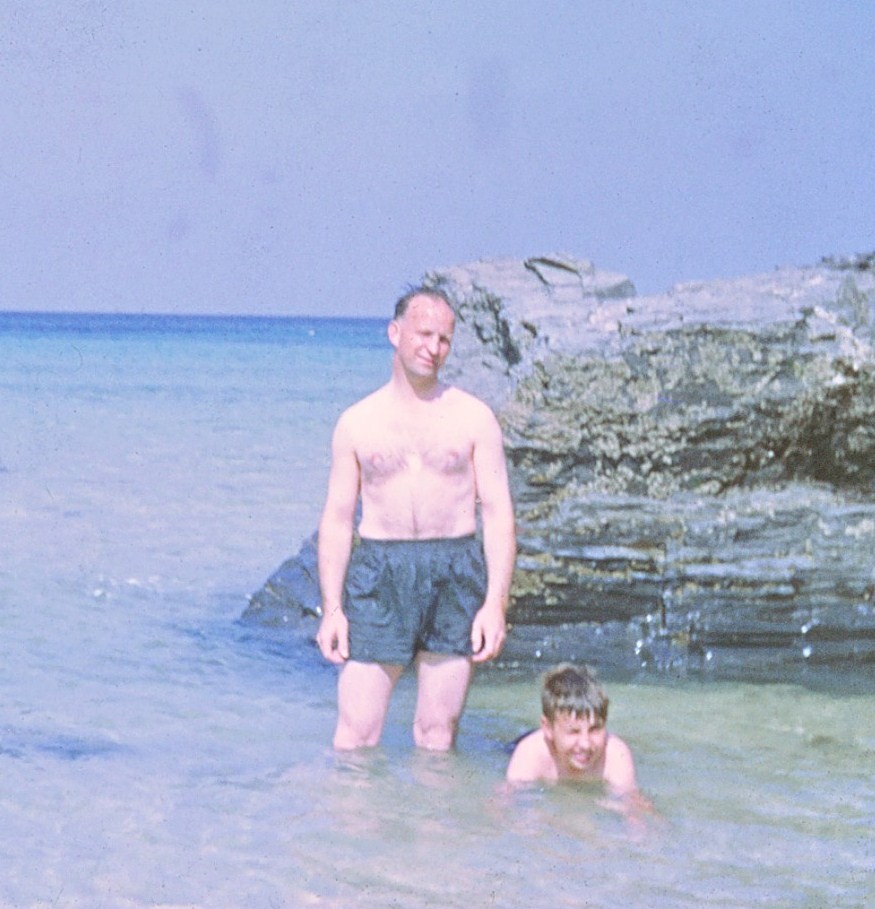 And today, Friday 30th, I’m aware how much I still miss him: how much I’d love to sit and talk to him, listen to his wisdom, learn from his wonderful relationship with Jesus – and I’ve always wished that I could have talked to him about his experiences in the Second World War, he was a bomber pilot.

I know that he’d have been my best friend if he’d lived: I look forward to seeing him again when it’s my turn to go to where he’s enjoyed living for the last 51 years!