A Northern Irish team… well – almost all Irish…. 🙂 – two lone Englishmen (me /yo /moi – and my dear friend, Lee Collier): I’ve lived in Northern Ireland for more than seven years, but haven’t even begun to master the accent (there are 1.8 million people in the country, and I’d guess a million different accents!!), invaded the state of Cauca, in south west Colombia, for 18 days: 6 very different accents, six very different areas of gifting and skill, and, while hopefully blessing the people of Cali and Tulua, were infinitely MORE blessed by the wonderful local people, and most definitely, blown away by the blessing on our lives by the living God. Sadly, Lee – who was only scheduled to be in Colombia for 6 days anyway – did the near 30 hour journey to get there, only to have to leave to go home after a couple of days for family reasons, but it was – for me – a joy to have him there, even for those 48 hours. I’m sure the 30 hour journey home was a very tough drudgery. Do remember Lee and Katie in your prayers, if you would.

For me, it really is ‘going home’ going to Cali, and Cauca. Seventy four visits to Colombia, over a tad short of 20 years, 68 of those visits embracing Cali, has caused the city to be very familiar to me now. When I think back to my first-ever invitation to the country – from Markus & Diana Buser, then Youth with a Mission leaders from Cartagena (we met, as you might expect, in Culiacan, Mexico!) – I heard my voice saying ‘yes’, while my mind was saying ‘No way! Colombia? Are you mad?’ – and – I’m sure – hearing my mum whisper from 6500 miles away ‘You could get killed there… kidnapped there’… I never dreamed that 20 years on, I’d consider it as much home to me as the United Kingdom, if not MORE home…. God’s sense of humour in ‘persuading’ me to accept the invitation through a ‘prophetic’ word on a sticker in a store in the United States, which I bought, and stuck on my suitcase, still raises a laugh all these years on: 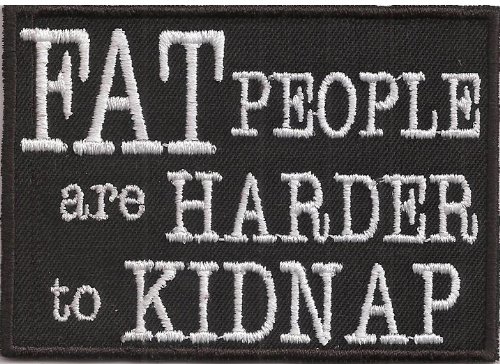 Over the 19½ years, I’ve taken numerous people with me on teams, from a variety of countries – Northern Ireland, Scotland, England, Sweden, Australia, France, Mexico, United States of America: with just a few exceptions, everyone ‘falls in love’ with the country, Colombians, and especially the open heaven that I’ve never doubted is over Cali, and seems to open more each time I go back….

The visit to Cali and Tulua, which began Monday afternoon in Cali Alfonso Aragon Bonilla Airport, at 32ºC, and ended Tuesday in the 2ºC temperature and rain at Belfast City Airport (joy oh joy!!) was another where, it seems, the whole team fell in love with a nation, new to all who were able to stay (it was Lee’s third – or fourth – visit). From the wonderful welcome at Cali airport at 0642 am, from two men I’d consider right at the top of my ‘best friends’ list, Hein Hoere and Wilmar Gomez, it was a blessed trip all the way. I don’t plan to go over the 13 blogs here with a fine toothcomb, don’t worry (!), just to reiterate that from day one, in Siloe, one of the most dangerous barrios in Cali, in a lovely church in the heart of the worst part of the barrio, God turned up in power, with healings and miracles…. I introduced my team, causing some mirth when I said I’d introduce them in order of the strength of their accents…. one ‘high’ funny spot was the face of Johan, the translator, the first time he translated for fast-talking Londonderry/Ballymena accented Davy – Davy said a lot without giving Johan a ‘slot’ to translate, and Johan’s face just went from level of amazement to another…. 🙂 – but he did it, and soon got hold of the different accents! 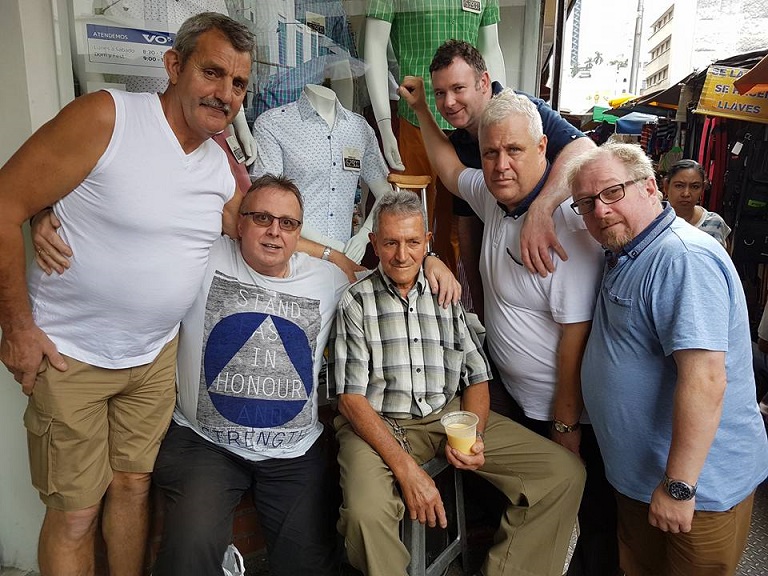 After the healing of Egidio on Saturday
Thanney, Pal, Adrian, Davy, Andrew

So many miracles – hundreds and hundreds: healings – probably ten times the number of miracles: salvations – every night: the kick off in Siloe saw a lady, virtually blind, seeing… Thanney and I prayed with her, and it was what Thanney had wanted to see for many years in his walk with God….he saw countless more after that, as did all the guys. I lost count of the number of salvations, too….

We were immensely blessed to have the privilege of sharing in so many churches, praying with goodness knows how many people…. it’s something I don’t think I’ll ever get tired of, there’s still the same awe, wonder, and – sometimes surprise – as God demonstrates his power and glory….

For me, it was humbling, having not been to Cali for quite some time, to be welcomed like a long lost brother returning home: and to be asked by eight pastors to go to Cali sooner than my plan (April) and more often than the ‘usual’ three times a year. I’m trying to work out how I can fit in five or six visits from now on…. I feel very honoured, especially as I still feel – often – like the Rodney Trotter of ministry….

The enemy didn’t like us at all! – the number of times he took a ‘pop’ at us was considerable, often it felt like constant poking with a pointd stick, just to irritate, unsettle, and distract us. Thankfully, God kept his protection well in place, and collectively, we  achieved much. The building jobs done were well documented in earlier blogs: but I want to honour Thanney Pyper, Davy King, Andrew Seaton, and Adrian Curry for all that they did. Thanney went expecting to build and do practical work: Davy went to Cali not quite at the last minute, but with only a few weeks’ notice, as his son, David, was due to go, but changed jobs and couldn’t take almost 3 weeks off straight away – Davy was an answer to prayer, as he can do welding, and his gifting was well used on the roof of the Mision El Abrigo church!: Andrew and Adrian did everything they could bearing in mind that building work hadn’t been on their agendas when they said they’d go to Cali!

What they achieved was miraculous in itself: not all miracles involve sickness….. ! 🙂 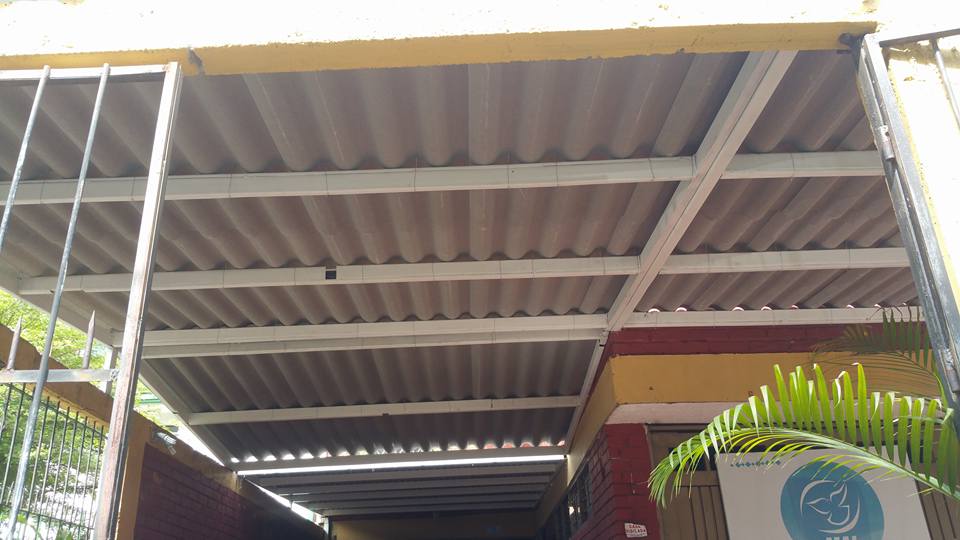 I was grateful to the doctor at the ‘Remedios’ hospital, for his medical skills on my knees, and to dear Maria Helena Bagui, who stabbed me once a day with a syringe full of muscle relaxant (duff knees/hips tighten up quads, hamstrings, ITBs, and back muscles!) – and she kept me moving, with increasing ease as the trip went on…. One day, Lord…. one day….it’ll be MY knees you do the miracle for…. 🙂

Thank you, all who prayed for us: we were very conscious of your prayers, and so grateful for them. Bless you and thank you.

2 thoughts on “The Northern Irish Invasion of Cali, and Tulua, Colombia”