In the blog 36 hours or so ago, I wrote that – with God’s help, in so many ways, including stretching the money, and Thanney’s determination – the last truss was raised in the first construction stage of the kids foundation, Fundacion El Abrigo (I’m not sure that I’ve ever said, El Abrigo means ‘The Shadow’, from El Abrigo de el Altissimo – the Shadow of the Almighty, which used to be the full title of the church and foundation). Yesterday, Thanney was out showing the pastor the things that need to be purchased as and when more money arrives, for stage two to begin in earnest, when we’re back again in July.

Pictures, in daylight, as promised: it’s a very impressive amount of work for the hours that – ultimately – were available one way and another, to make it possible! The rain didn’t help: in fact, the rains have been utterly devastating throughout the nation (the BBC reported tis yesterday:  http://www.bbc.com/news/world-latin-america-39468575 – so you can see that when the rain ‘made it impossible to work on the roof’, it wasn’t a light shower – Peru and Ecuador are suffering terribly too).

Teija, the co-founder of El Abrigo, with Hein Hoere, her husband, posted this video (only 1 minute) on Facebook yesterday – you MIGHT have to have Facebook to see it, if you do need it, and dob’t have it installed on your computer, my apologies!):

Here are a few pictures, which not only give a great perspective on the size of the construction in such a short time, but also the height at which the guys were working: makes my legs go weird just looking at it! To me, it looks like a Meccano construction – but it’s so technical, and Thanney carried all of this in his head from consulting a structural engineer verbally, and with sketches, weeks ago…. no wonder the area of the city we’re staying in is called ‘El Ingenio’ – ‘The Genius’ ….. 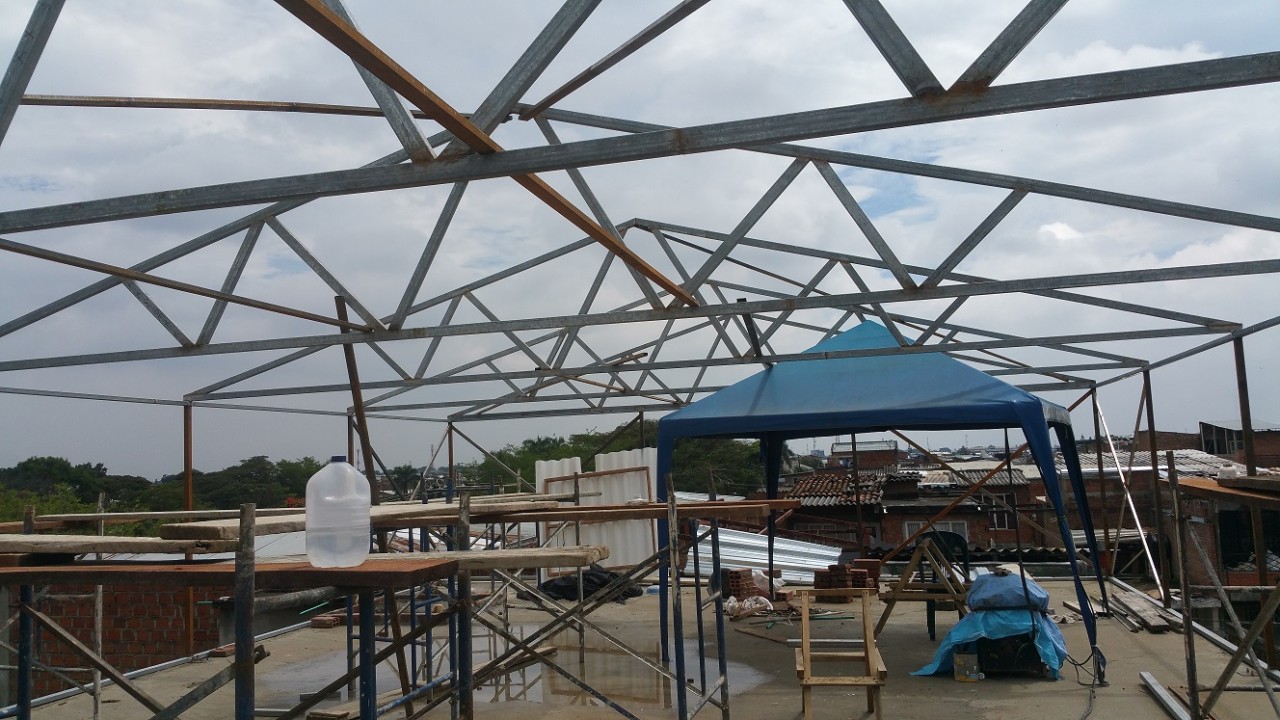 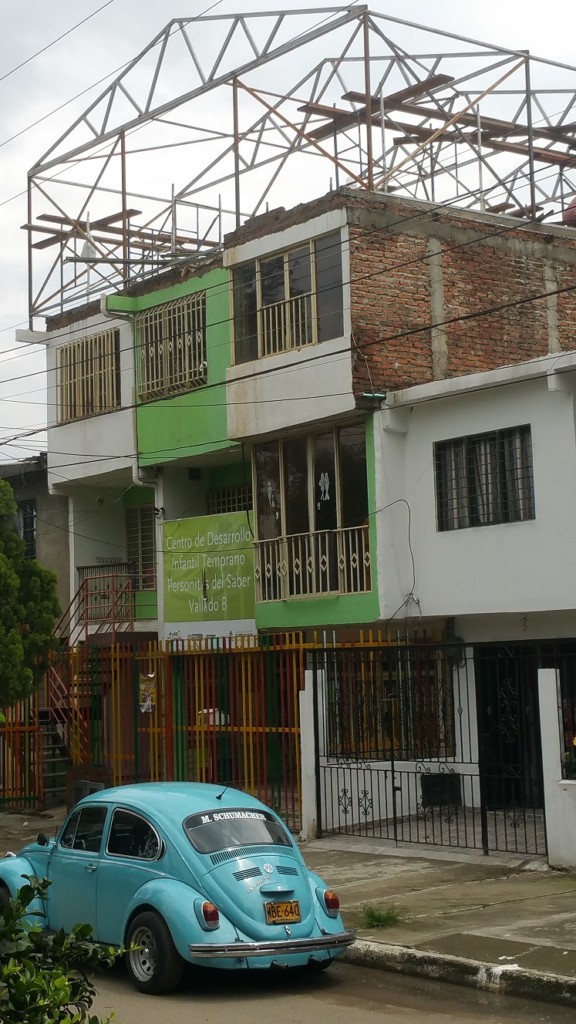 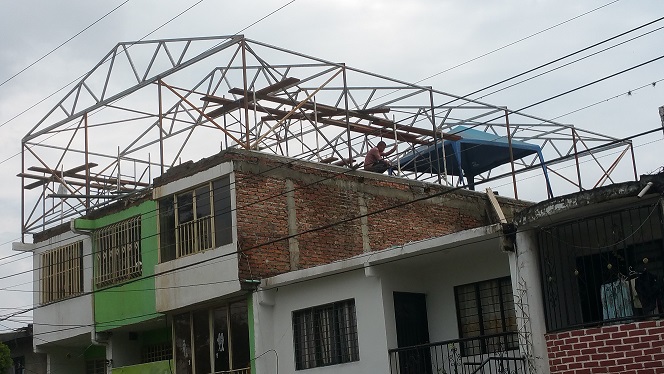 Stage two will begin in July, when Thanney and I will be back in Cali again, hopefully with  bigger team from the UK and elsewhere, supplemented by the great labour offered by the local guys, who, though (mostly) unskilled, and speaking no English – which complemented Thanney’s no Spanish perfectly (!!) – the buildng will actually look like a ‘building’ then…. Thanney’s sign language has improved in leaps and bounds!!

Special thanks to Juan Carlos, Orlando, Fanor, Hein, Wilmar – for all their work, braving the height, and (mostly!) doing what Thanney told them to do!

1 thought on “Truss God and Thanney to make it possible…. ;)”