“Many believers haven’t seen the devil or a demon in years. He doesn’t have to come around. You’re doing a perfect job ruining your own life. He taught you how to think and act, and you’ve run with it from there – with good intentions. You’re trying to live for God, but it’s you doing it in human strength rather than God living through you.” (Grace – The Power of the Gospel)

This theme has bothered me for years, but increasingly recently, as I hear a large number of Christians saying there isn’t an enemy as he doesn’t bother them. The devil doesn’t bother you…. (if he doesn’t, you can probably consider yourself 100% ineffective as a Christian, and in the Kingdom of Heaven on earth. Why would Jesus have said, ‘In this world you WILL have trouble, but don’t be afraid, I’ve overcome the world’?  John 16:33.

Why would Jesus tell of a shepherd who sleeps across the ate of the sheep pen to keep the predators out? Yes, you can argue he was actually talking about animals, but it was in the context of Jesus protecting us.

‘If you haven’t met the devil today, the chances are that you and he are walking in the same direction’.  I think this was a quote from A W Tozer – when I used it in the early days of speaking at Youth with a Mission schools, one of the schools I went to regularly (the lovely school in Tema, Ghana), adopted it as their ‘motto’ – while there are occasions when I wish the enemy would ease off a bit, to be honest, the fact that he’s on my case is encouraging. The fact that he wants to assault me to try and stop me must mean I’m doing something that hacks him off, threatens him: I’d never want the devil NOT to bother with me because I don’t bother him…. It’s hard enough knowing there’s an enemy, fighting spiritually with him, let alone disregarding him and – by choice in that situation – choosing to walk in the same direction as him.

If the devil wasn’t ‘active’ in our world, why would the apostle Peter have referred to him prowling around like a roaring lion?: 1 Peter 5:8 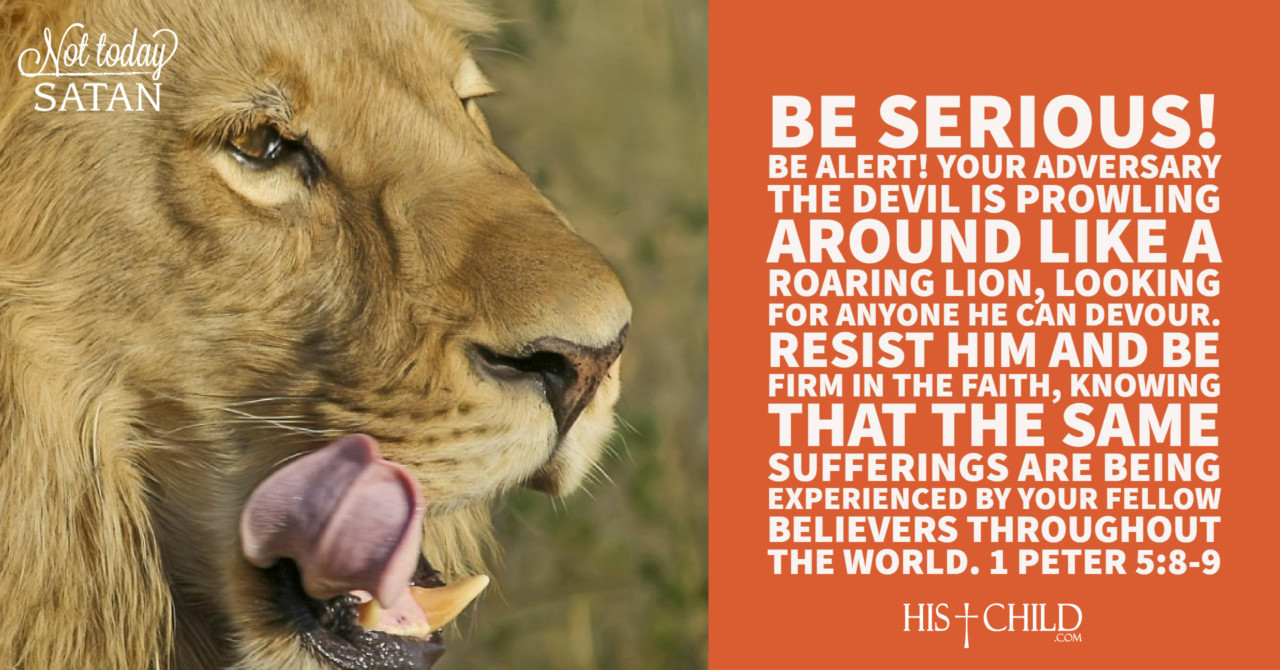 Yes, of course I believe he was defeated by Jesus – both in the wilderness, and without doubt on the cross: Jesus disarmed him and took from him the keys of death and hell, but he didn’t terminate his effect, didn’t ‘kill’ him – and we see in the church today so much of his influence with the way the world is going driving into the church and neutering believers.

I know that over 40 years in ministry, I’ve been increasingly aware of his influence in so many churches, particularly in the western world.