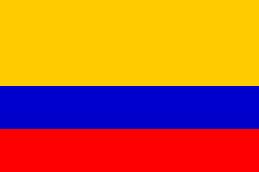 Colombia has SUCH a tragic recent, as well as historic, story. Mention the country to almost anyone, and words that fire back at you are cocaine, murder, violence, guerillas, terrorism, kidnap…. It IS so sad, because, although that was the story, it is so, so different ‘on the ground’ there: a country filled with the friendliest people you’ll ever meet, hospitable, generous, open, passionate about many things, from football to food – and to Jesus.

You might recall, in the late ’90s, a video – ‘Transformations’ – which was an American-produced ‘documentary about what was described as ‘revival’ in Cali. What was happening then was that the FOUNDATIONS of revival were being laid: and whilst the video was good, it perhaps overstated where the church in Cali was genuinely at. Soon, much of what was documented ceased: but, in the last 8-10 years, it has begun to rise again, with countless hundreds of Pastors of small – and some very large (20,000+!) – praying AGAIN for revival to hit this beautiful city, and country.

I was first invited here, by Colombians I met in another drug-torn city – Culiacan, Sinaloa, Mexico. My immediate reaction was to say ‘ thank you, but no thank you’, as it’s amazing the impact second & third hand history, stories, and reputation, has on you. As I’ve discovered so much in the 27 years I’ve travelled, God (fortunately) doesn’t listen to my complaints, or certainly doesn’t take much notice of them! – so, in ’97, I came. God was kind: my introduction was to Cartagena, perhaps one of the most beautiful, historic cities I’ve ever seen. Quickly, after arriving in Cartagena, I was asked to come to Cali (I’m writing this from there)…. 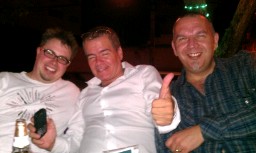 It’s a live, vibrant, noise, bustling, packed city, about 1,300 metres up in the Andes, in the south-west of Colombia. From where I sit typing here, I can see both a ‘high-up’ (we’re on the 12th floor!) view across a large ‘chunk’ of Cali, and the Andes. What I find amazing is that, when I was about 15 years old, I studied the Andes in Geography at Lewes Boys Grammar School, in Sussex: it would NEVER have occurred to me that I’d EVER come here.Hmm… even though my mum went to be with Jesus 3 years ago, I can still hear her whisper in my ear, ‘Paul, do you HAVE to go there again? You might get shot, you might get kidnapped there!’ – she lived with fear for me almost everywhere I went whilst she was alive! Cali has, if I’m truthful, really become like a second home to me: I’ve been here many times (this is my 49th visit in my 17th year of coming here: looking forward to my Golden anniversary visit later in the year!). Some of the friends I’ve made here, are – and will be – lifelong friends.

And here, it’s been astonishing to see every manner of sickness and disease healed, the paralysed walk, the blind/deaf/dumb see/hear/speak, and the dead raised…. Cali, especially, for me, is a city where the heaven is open over it, the power of God reaches down to a city that has such a reputation, and is transforming it by his love, his amazing grace, and his delight to bless a city that was vilified for some many decades.

I love this city…

View from our balcony…

Healing on the Streets, Plaza Caicedo

Cali, from the statue of Cristo Rey (Christ the King) overlooking the city