Tonight, two churches, opposite parts of the city: Chris & Lee went to Ciudad Cordoba (Cordoba City – a barrio of Agua Blanca a long way away) – there because the pastor was at the church last night, invited us…as he got healed and blessed last night. Chris & Lee saw many miracles and healings.

Katie and I – and Benny, who arrived about 8.30 pm, were in a church in the barrio Popular (pronounced ‘Pop-poo-lar!). The church, Revive the fires (Avivando la fuego) – great name. I thought my long time friend Winston Torres was translating: he’s brilliant – yes, he was: but he’s also (for 2 years) been the pastor of this new church which was packed… guards on the door(!). Amazing, amazing night. Miracles, healings. Oscar, chair-bound with an undiagnosable bacteria affecting his brain, vertigo, stomach disorders brought on by vertigo and vertigo brought on by stomach disorders…panic attacks all day every day… was in TOTAL peace and healing when he came to say ‘I’m dedicating my life to Jesus who has healed me tonight, as a sacrificce of thanksgiving’…. man alive, the privilege of seeing God do that and then the response from an ‘ordinary’ man… need Lee & Katie to tell me a few more of the medical terms! 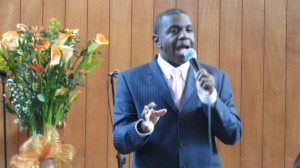 Carlos, 67, could easily have passed for at least 10 years more, with 20 year long muscle/tendon/ligament seizure in both legs. He staggered to the front, held by people holding his arms, behind him too…. 5 minutes later, he’s walking backwards and forwards, ‘spin’ turning, totally healed. Both he and Oscar held me like there was no tomorrow, wept on my shoulders as we hugged and kissed – yes, really, not lips! – a lady with 30 years of EVERY DAY migraines, chronic migraine in the meeting, heard someone was praying for the sick, came despite her inability to relly do it, and was healed on the spot… Katie saw people healed, Benny too, Walter as well… Winston has an amazing church: I so want to go back there.

He shocked me when I introduced him to Katie, said to her I’d know him about 5 years: no, he replied, at least 9 years…. wonderful guy, great friend. Can I come back, Winston….please?!

Then, over to the French bar, the Green Fairy’ we discovered it’s called! – good chips, Benny a steak… good beer (Bailey’s for Katie!)… then, what we pretty much knew were gunshots, followed by HUNDREDS of police roaring through the streets on motorbikes, in cars, trucks….lights, sirens. No ide why, just esciting to be on the street where it all seemed to kick off! 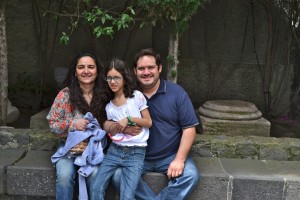 Tomorrow, Social Security hospital, then, thankfully Benny, a more rlaxed day ahead of a very busy Friday, after his whole day of travelling. So, so glad to have him here….love him to bits!

Hospitals are always draining, tiring: partly because people there are worried, even desperate, especially visiting a neurologist…. many go home before their appointments, healed, blessed, after Dunia’s told them that God will heal them…

Do look at the short (2 1/2 minute) video of her on the meia tab…she’s a hero, amazing, a great woman of God. And it’s our privilege and pleasure to go and pray for her patients.

Benny’s made a big sacrifice, as yesterday was Pablo’s birthday (8 years old – named after me…. humbled, truly), but God so wanted him here he did a gret miracle to make it happen….So Benny, miracles, healings, salvation…