Those of you who have known me for a reasonably long time will know that, for about 18 years, from around 1987 onwards, I had the privilege of travelling all over the world (for those who HAVEN’T known me for a long time, that’s not because I’m rich – just the opposite, in fact! – no salary since 18th January 1979!) speaking at Youth with a Mission schools, amongst many other things that filled my diary.

Around ’87, God began to get very persistent with me about this travelling lark: coming from a family of confirmed, static Brits – and south-east of England Brits, at that! – and prophecy followed prophecy in a very concentrated time-frame that I was to travel. I thought that, in giving up my job in the NatWest bank, and thus giving up income (1979), going into full-time Christian ministry (whatever that means, really – surely we’re ALL full-time if we’re in the place that God wants us to be?) with British Youth for Christ: and then giving up YFC, to go to Roffey Place Christian Training Centre in 1983, with God requiring me to give up the last house I ever ‘owned’, was sufficient ‘sacrifice’ on my part where ‘giving up stuff’ was concerned.

How wrong can you be! The ‘call’ – did I jump or was I pushed? – to travel demanded all sorts of other things to give up. Being English, for starters: I realised pretty fast, in Africa in the early days, and elsewhere since, that it’s impossible to travel in mission and remain ‘an Englishman abroad’! I patently didn’t want to go to Africa OR India when that initial call came. God must have laughed like a drain when I told Him I’d go anywhere except to those continents… within 12 hours I’d been invited to Ghana, to speak at Youth with a Mission. They gave me 5 different subjects, one a day for 5 days. I really can’t recall what four of them were, now.

The one I do remember gripped me as I prepared to go, even though I didn’t want to. Faithful Biney, the Ghana YWAM Director (then? He may still be, it’s been a while since I went!). It was simply titled ‘Goals, Dreams, & Visions’. I remember thinking at the time I knew nothing about ANY of the 5 subjects, but how the heck would I fill 3 hours (that’s the average morning teaching time per day in most YWAM bases), on THAT subject?

For those who had the misfortune to hear me, you’ll remember that it was my ‘pet’ subject, that opened doors to countries – literally – from New Zealand to Canada, and Argentina to Russia & Korea. I thought up until ’87 I’d been a bit of a ‘radical dreamer’: I was to learn oh so much more!

So often, though, for most people (and I include myself in that, but like I’ve said, God has been pretty ruthless with me with his pointy stick to make me go), the cost of going/being/doing can be too great.

I picked up a little book in a Christian bookshop just a few days ago: John Piper’s ‘Risk is Right’ – subtitled ‘Better to lose your life than waste it’. John would be a somewhat 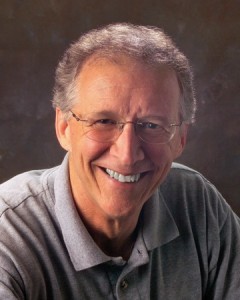 more ‘conservative’ preacher than – me(?) – but the title made me buy it.And boy, do I love his writing and teaching. Then I found a much bigger tome of his, ‘Don’t waste your life’. You know, this must be pretty high on God’s agenda, this sort of theme running through our lives, because there is one verse repeated by all FOUR gospel writers, and Matthew considered it essential enough to include it TWICE. Matthew 10:39, 16:25; Mark 8:35; Luke 9:24; John 12:25.

‘For whoever wants to save his life will lose it; but whoever loses his life for me, will find it’.

Those five verses impacted me so much that ‘Goals, Dreams, & Visions’ developed as I spoke it, to fill at first, the 15 hour teaching week in YWAM, and then, 2 full weeks.

I wrote here a few days ago (‘A week of utter contrasts’) about possessions, my ‘stuff: then, as I’ve been before, I was indignant because it was my ‘stuff’ by right. By Friday, I think I can honestly say that I could not care less about ‘my stuff’ now, as God, with His overwhelming grace, love, mercy, and pointy stick, brought me back to preferring to lose my life, rather than waste it on stuff, comfort zones, pension, you name it…. (by the way, I DO have a pension! – it will be £10 a week from the NatWest bank, I can’t wait for it, as it will revolutionise my life! Not!).

Thank you, John Piper, just for the title of your little book that brought me back to the reality I prefer, rather than the ‘reality’ of lost or sacrificed stuff. I shall start reading it today….

When I withdrew from the YWAM circuit, ‘Goals, Dreams, & Visions’ (which I can adapt to a ‘sermon’, not just 15-30 hours of teaching!!) sort of went on the back burner. Maybe I need to resurrect it again. What do you think?

P.S. When I first ever spoke on ‘Goals,Dreams, & Visions’ in Cali, Colombia, 16-17 years ago, my wonderful friend Hendrik Hoere, a Dutchman and his lovely Finnish wife, Teija, missionaries in

Colombia (then) for 12-13 years – it’s pushing 30 now – translated. In the King James, Proverbs 29:18 I’ve already quoted. In the NIV, it says something very different: ‘Without revelation, the people cast off restraint’. Seeing as I wanted to be colloquial, in Cali, I read the Spanish version. ‘Without prophecy, the people run like a car without brakes!’. Hendrik had not got used to my voice at that stage, and was, of course, translating from his second to his third language, which is an incredible feat. I spoke in English the Spanish translation, which he translated as ‘Without prophecy, the people run like a cow without brains’…..! Hence the blog title! We still laugh about it a lot now, but truly, Hendrik is one of the best translators I’ve ever had the privilege of working with, anywhere!