Thursday evening we were at a church that both Chris and I love dearly – for the life of me I can’t remember its name, but it’s in a mountain district (barrio), Alto Napoles, quite high above the city of Cali. The Pastors are Jesus and Ángela (An-kela) Mondragon Moreno. The church meet in what as (maybe still is, when it isn’t church!) garage of their home, we guess. It grows every time we are there, and it has the most lovely spirit, and such a wonderful sense of God’s presence. (I’m probably going to be repeating that sentence about Friday’s meeting, too!).

This week, I’ve wanted Chris to do all the preaching, no because I don’t want to or because I’m lady – though I’ll admit that, even after 30 years of preaching, I STILL get nervous and ask myself why I say ‘yes’ to invitations. I’ve said before that one of my greatest joys is to bring people with me on trips and give them the opportunity to do things they might never get back home. Again, Chris spoke really well, weaving in and out of the Isaiah statement, ‘Here am I: send me’. It’s great for me, because I met Chris and his lovely wife, Abi, and their sons Reuben and Caleb, at a meeting in Exeter, where I was preaching and they were leading worship, about 8 years ago. The friendship with them has grown and grown. During my ‘preach’ bit, I had a prophetic picture for them, seeing them in an airport with instrument flight cases along with their luggage. About 3 years ago, God got hold of Chris with that Isaiah statement, but didn’t know what to do with it, so he thought to ring me to ask if he could help out in any way with things that I do. He admits his thoughts were to go to places in the south est of England, around where he lives, and was rather stunned when I said, ‘Come to Cali’! Three years on, he’s in love with the place, this is his 4th time here, and his anointing increases with every visit. 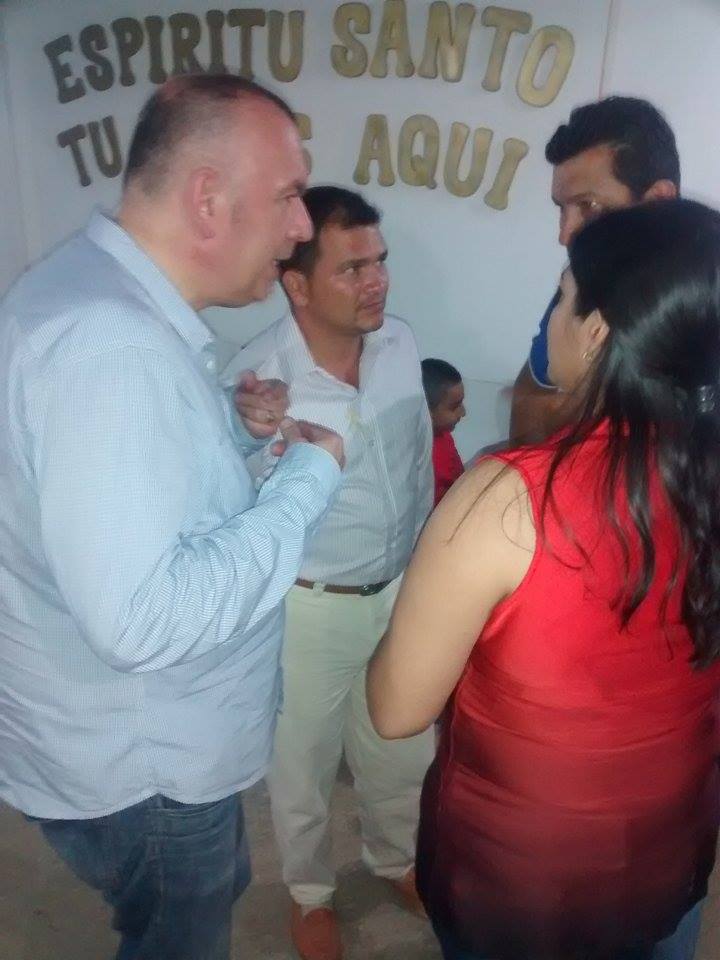 Jesus and Ángela’s church is beautiful: not so much the garage, but the people. The response for ministry was, as always here, almost 100%. Alto Napoles is a small community, probably quite a large proportion of the barrio hear the meetings, as the sound system is quite loud, and the doors to the street – which is pretty much the width of one car – are wide open. Wilmar and I prayed together for people, as did Chris and Johan. Already, just two evenings on, names have evaded my memory, but God did some lovely miracles – Wilmar would confirm that of those we prayed for – upwards of 25 people – all were healed. Rather than list names and ailments that have gone, I’ve put here a clutch of short videos of people telling their own stories of the evening:

It’s indescribably wonderful to see people healed instantly, as you KNOW – as opposed to just hope, or believe – that the power of God has been right there, right then, and you get to touch it – dare I say, impart it?

The lovely folk there fed us well afterwards, too, which made our time there well in excess of 5 hours – the praying alone taking at least two, and for those of you who pray intensively for people, will know how exhausting that is!

Yesterday morning, we had the joy of going to see the adorable Ana Beiba, at her home, where, you’ll know if you read this blog regularly, cares for old people that she rescues from a life of living on the streets. Last year, I emptied my credit cards so that she could begin the building of two additional floors on the house bought for her ministry with money raised in the UK primarily, so that she could take in more people. Then, she had her ‘babies’ as she calls them, almost wall to wall – 60 of them in a relatively small house. It was great to see the new construction: it’s far from finished, but she’s already using it, and has another 40-50 – well over 100 now – whose lies have been saved, given a good home, kept well fed,  clothes that smell of washing powder, and very, very happy…. she has NO income, no government support, no social security system to fund her. Everything is faith based. She’s such a lovely Godly woman, it’s been my joy and privilege to pray for her twice to be healed of different cancers. 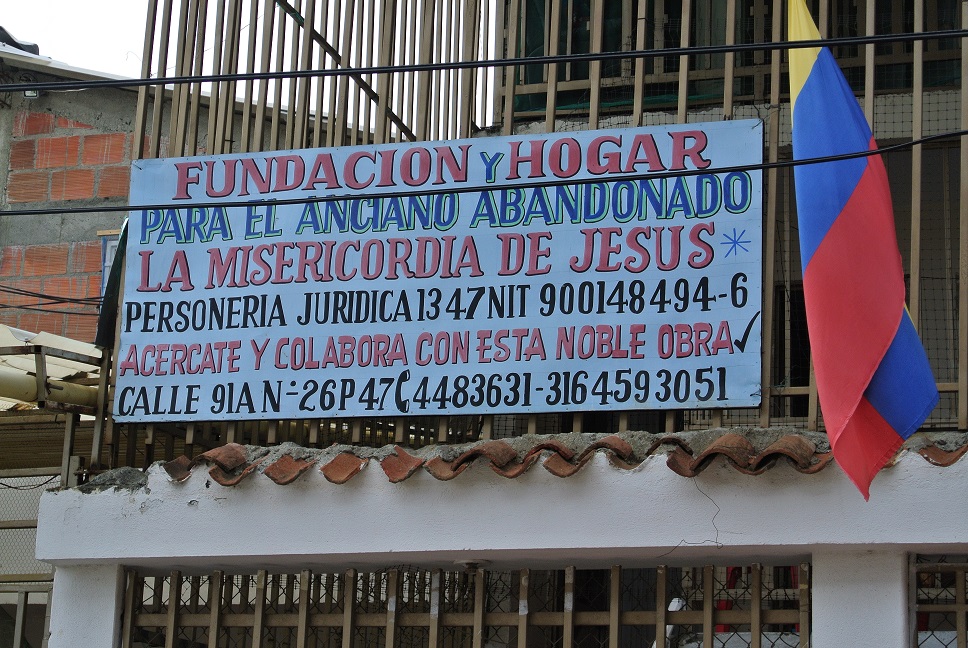 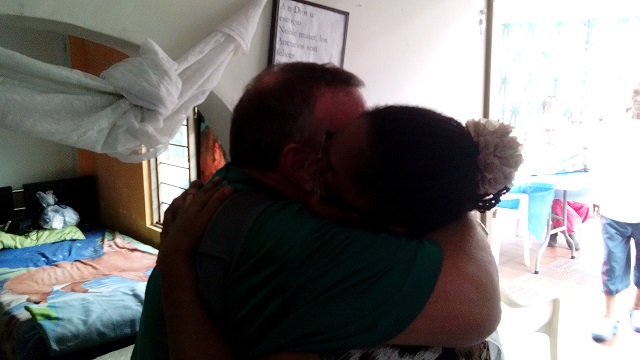 Ana Beiba and a man with a broken neck 🙂 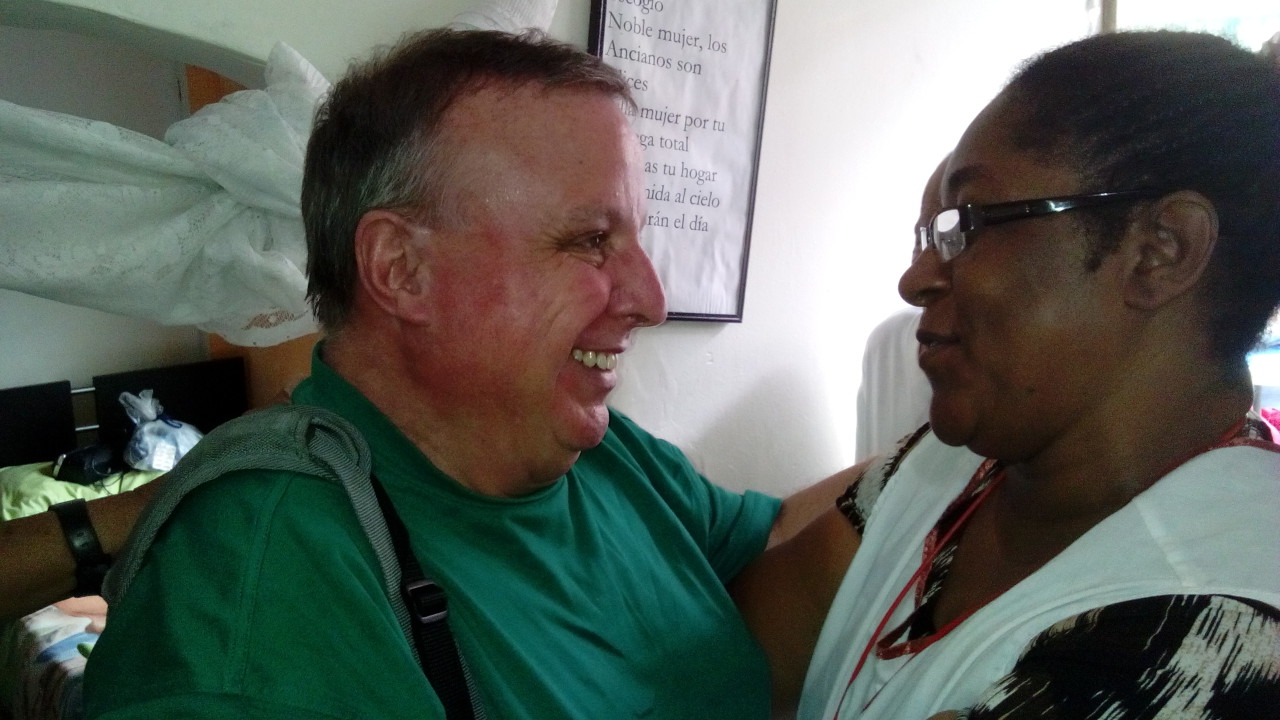 Last night, in the equally lovely church, Nacer de Nuevo (Born Again), pastored by such a beautiful couple, Hernan & Aida Gonzalez, God turned up in power – and fun and tears. Outside their church, they have this wonderful sign! –

Again, everyone that Wilmar and I prayed for, were healed. One lady, Juilana, when asked what was wrong, just mouthed an answer with a few squeaks. She’d woken three days ago with no voice. I prayed for her, and, as is my ‘wont’ asked if she’d felt anything. She SPOKE ‘No’ before bursting out laughing that as she that ‘no’ it was with her normal voice! Then her head got very hot (reminiscent of my great friend in Bangor, Northern Ireland, Alan!), and she was off, making up the ‘missing’ few days off speaking!!

A delightful man named Wilter, had had a bad motorbike accident (they are prolific here), a year ago He’d been unable to close his left hand into a fist, and his middle finger wouldn’t bend at all. He’d been in a lot of pain with it for a year, and constant therapy. After praying, I asked him, ‘what do you feel, Wilter?’…. he instantly clenched his fist, meaning that all the ligaments, tendons, and muscles that had been damaged, were healed. He just burst into tears as all the pain went too. 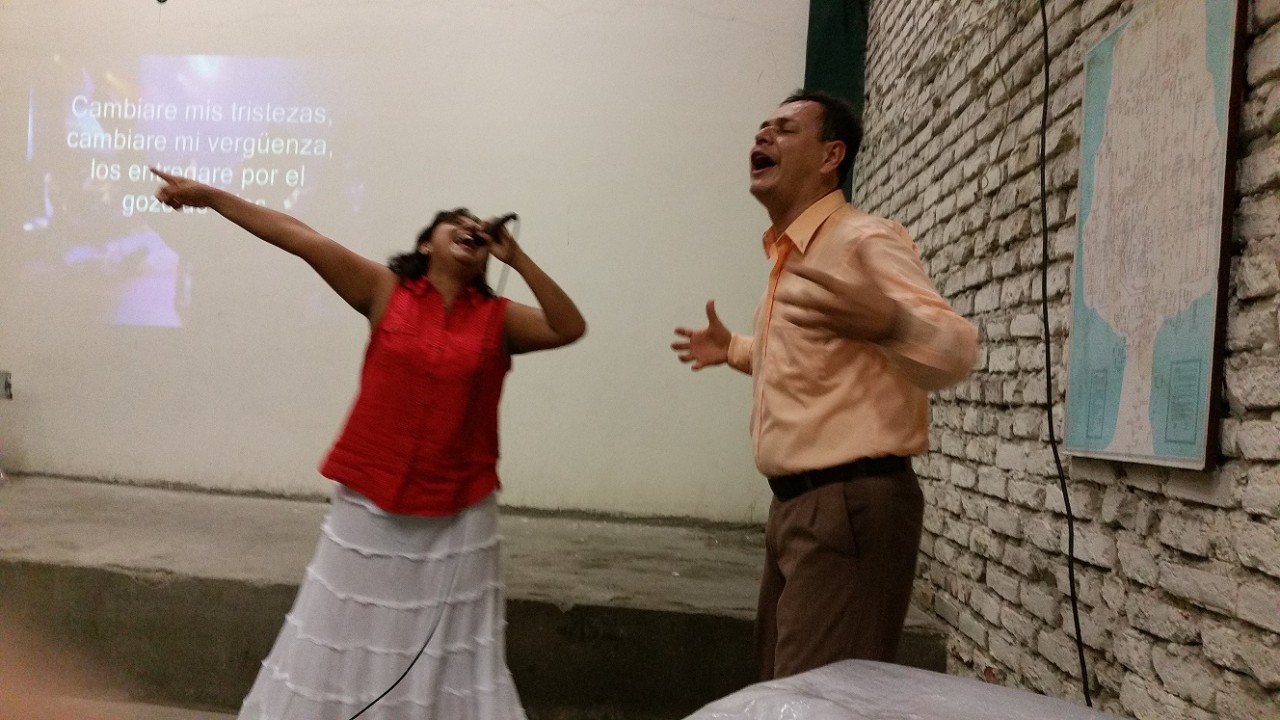 In both places, endless pairs of knees were healed (Thank you, Lord!! Now mine??), gastric pain, a lady with failed surgery on her uterus, felt fire in her abdomen, and was healed. Another lady, with severe arthritic pain all down her left hand side, was healed’ Johan’s daughter, Juliana, 16, was praying with us: I told her to pray for the lady’s hip – her whole left side was healed. I ‘attacked ‘ her knees – ALL her pain went. And so it goes on… so much arthritis, bronchial conditions, failed surgeries, some awful ‘infirmities’ caused by the bite of a specific mosquito, varicose veins, ulcerated legs, skin of the wrong ‘consistency’ that over-reacts to the sun (a REAL problem here) causing an unsightly and irritating rash. We must have prayed for a similar number to last night: everyone healed… it is SUCH a privilege to see God do this stuff!

Brian and Paul will be here in a minute, and then begins a busy day, topped off by two church meetings this evening (so a late night is in store!) followed by a 6am stat to Tulua, a city some 2-3 hours away tomorrow: 5 services, including one in a drug rehabilitation centre. Back in our little beds by about 2 am the following morning, I guess!