Two churches this morning – at opposite ends of the city – meant for an early start. Kerry & Caroline went to the lovely church, Iglesia Mana, Pete and I went south to one of my favourite churches here, Dios con Nosotros (God with Us). It seems the girls had a storming morning, loads of people prayed for, one very unusual one for Kerry – a girl, about 8 years old, with heart on the ‘wrong’ side – on the right. It seems that there is nothing doctors could do, I suppose it’s nigh on impossible to move it, so Kerry prayed. The girl felt ‘something very strange’ happening in her chest, and it was hot… oh, if only in my luggage I carried an MRI scanner or whatever sort of scanner I’d need for that!…. 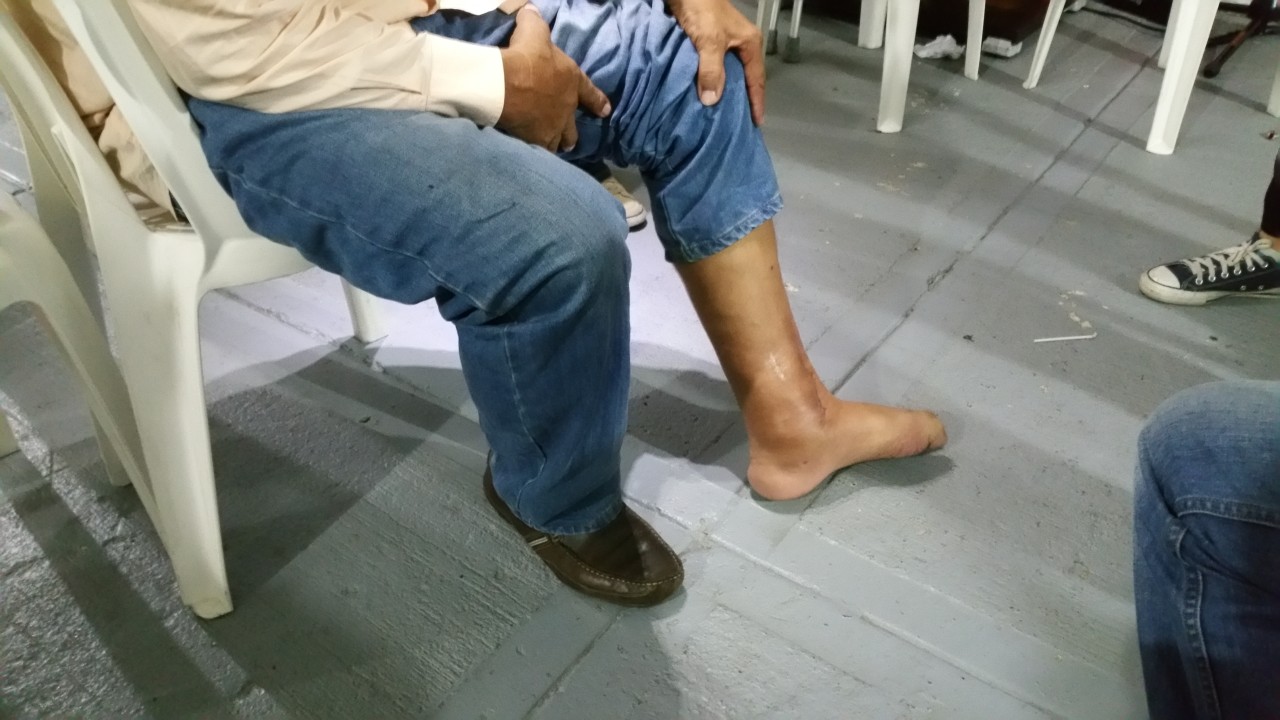 …or this, though this is much more ‘testable’ by people! A lovely man, Eduardo I think his name was (often in one ear, and without warning, it drops straight out of the other!), had been in a terrible motorbike accident, and totally shattered his left ankle, three months ago, and on crutches. It was extremely swollen, discoloured, and his foot was about twice the size of normal. He had steel plates, 20 x 5 cms down BOTH sides of his shin and ankle, so there was absolutely no movement possible in his foot. After Pete had commanded it to dissolve for a couple of minutes, I asked him to move his foot – and he slowly began to flex his foot, and rotate his ankle. Edouardo said it was ‘hot – and getting hotter’ inside his leg… He still had some pain, so we prayed again, cursed the pain, and – he moved his foot without pain. I asked him if he’d stand up without his crutches. He did. And his ankle was able to bear his weight. He walked a fair few steps just holding onto Pete’s arm…. I don’t think he could believe it….nor the people around us!! 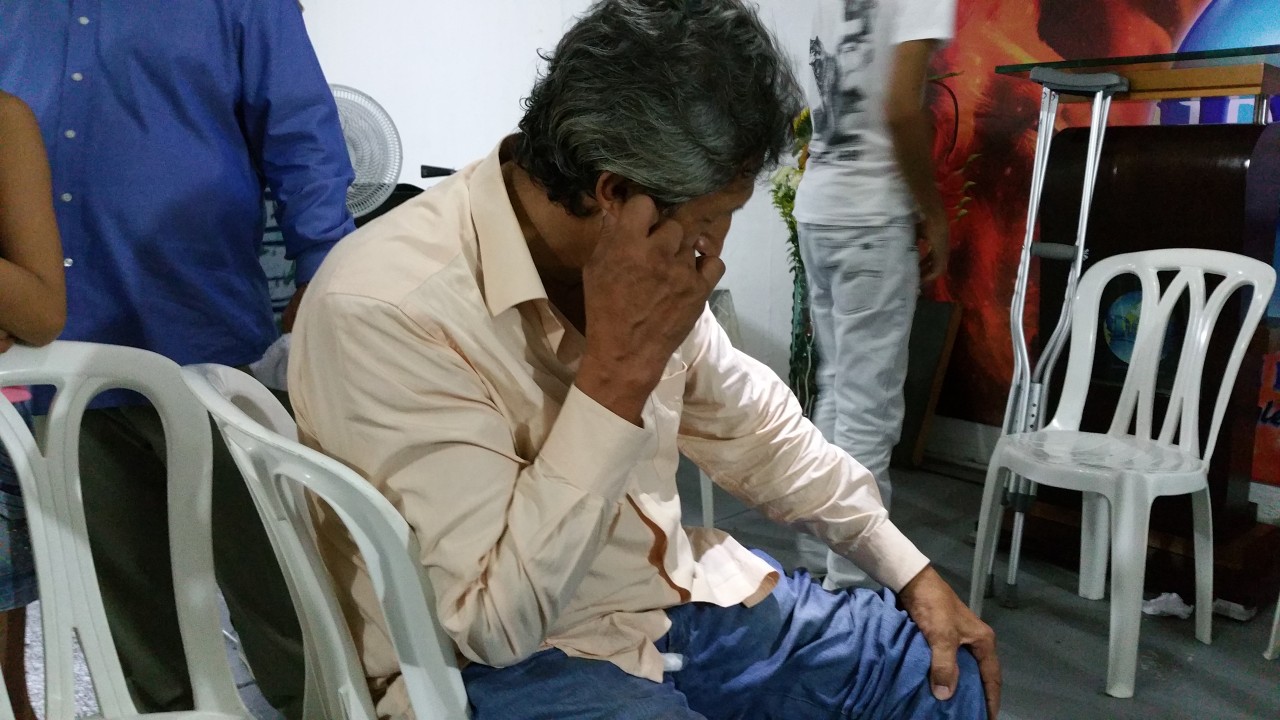 A lovely family, Julian and Johana and two lovely girls, had been in a bad car crash. The older of the daughters was suffering still from shock and trauma, dad had badly damaged his knee, and Johana had been left with a completely numb, and quite large, are of her skull. After praying for peace, and cutting the daughter, Juliana, free from fear, shock, and trauma, I prayed for Julian’s knee. It felt hot, he said: and a little unusual. I asked what movements had previously (like 5 minutes ago!) caused him pain: walking, and climbing stairs. Just by chance (!) there are stairs at the back of this church, and Julian came back have gone up and down a couple of times with no pain! God’s wonderful! Then, Johana began to get ‘sensation’ back into the right side of her skull, and then felt her fingers touching it….

Wilmar’s sisters came, with one of their daughters, a beautiful little girl, who’d got a large tumour at the base of her skull above her neck. I KNOW something happened, I felt it: but it’s difficult to get a child to explain exactly…. oh for that mobile scanner!!

My great friend Dario’s mum, Lileana, came for prayer – with Dario (great to see him again) with a great deal of pain in her left shoulder, and unable to lift her arm hardly at all…. she had it vertical in no time… she’s also due for exploratory surgery Thursday on her womb, and she – and all of us – felt that surgery wasn’t going to be necessary. Lileana felt something happen inside. She also had ‘relaxed’ bladder sphincter muscles: we’ll see her in the week to find out if surprise pees (remember them??!! – well, peas!!) are no longer part of her life.

The picture with the blog post and below, is the lovely young mum with her children – Romeo Manuel, her 8 month old son – was the baby she’d wanted but was told she could never have…. I prayed for her a year ago in March, and she and her husband immediately conceived…. she asked for pray for him in March this year, not for anything wrong, just that he’d stay so healthy and happy as he had been for his 8 months of life… Big hugs all round….!! 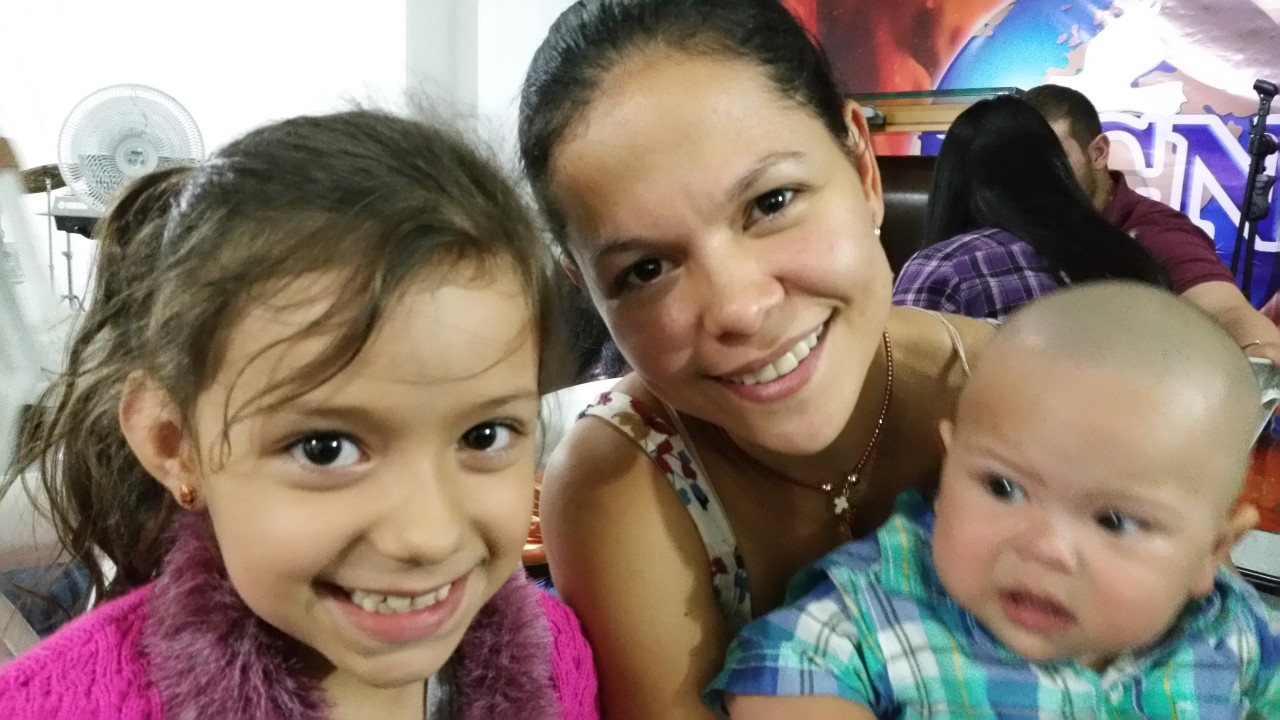 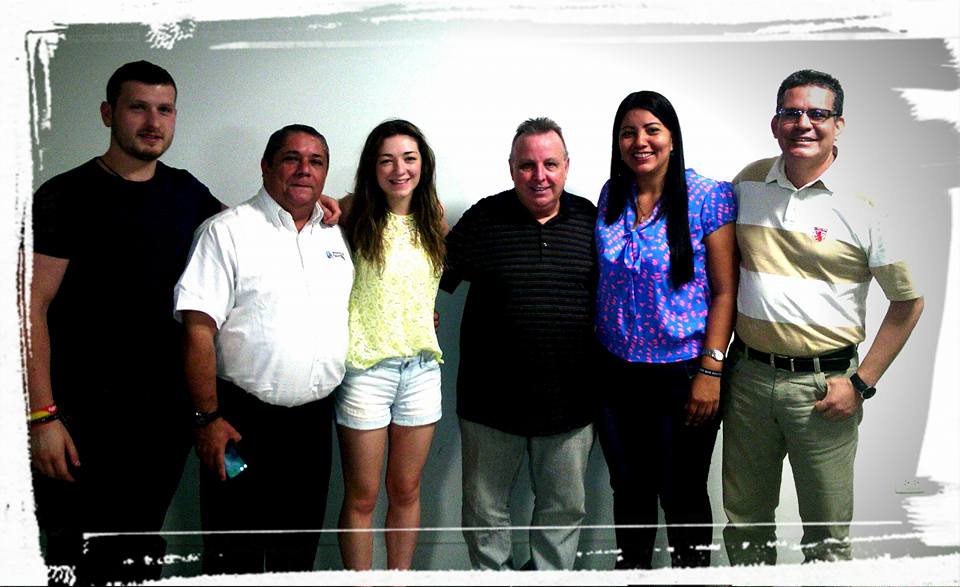 The lovely pastors of ‘Mana’ – Juan Manuel and Luz Stella, with ‘us’ and dear friend and schedule planner, Pastor William Castano

« Miracles on the streets
Drug rehab healings and salvation…again!! »