Seven years ago with this week (5th), one of the worst events in goodness knows how many years, happened to me….
I was based in the United States, in Virginia – been calling it home for 3 years – all my ‘stuff’ was there, it was ‘where I laid my hat’…
I’d been away on a four week ministry trip – I think it was to Sweden, Romania, and England…I was a happy bunny as ‘d been upgraded on the plane to business class, and was first into the immigration area at Philadelphia airport, thinking I’d make my connection so easily to Norfolk, Virginia…
I never got to leave the immigration area, except to be ‘marched’ to the plane I’d got off of, by two armed guards, and returned to England….after 5 hours unbelievable intimidating interrogation (I’m not easily intimidated, and there’s no way you could call it an ‘interview’!), and informed – no reason given – that I was being ‘returned’ to England. Returned isn’t the same as deported, I ought  to point out. It’s indescribably disorientating being refused access to your home: though I was still – and still am – a British Citizen, one of the reasons for the relocation was that I’d been burgled twice, and arson attacked once, at my flat in Worthing, West Sussex, and what hadn’t been stolen, a lot of what was left by the burglars, was wrecked.
So, being ‘returned’ meant that I had nowhere to go back to: but in my head, I thought it was all a big mistake, and that I’d be back within days, or weeks, at least. So I arranged to stay a night here, a few nights there, with friends – I didn’t want to make it long, as I didn’t want to be a burden to anyone – and hey, it wouldn’t be long…. 6 months later, I was a frazzled, burned out wreck physically, having slept in 127 different beds, and, by now, with an American Immigration lawyer, a lovely Christian, telling me it would be a long, long time to go through the immigration process.
The bigger God becomes in your heart, the smaller your challenges become. Bill Johnson says, ‘Any time I have a problem larger in my consciousness than the awareness of God’s presence, I have to repent to regain his perspective.’ I can’t afford to have any thought in my head about me, that is not in His.
I won’t bore you with the details of the 5 years that followed, before I heard from United States Immigration and Customs, with an ‘answer’. It also meant that, in November 2009, I had to think about trying to find my own place to live. I had no ties anywhere: Worthing, because of the burglaries etc., and my family situation, and having lived there for 22 years, wasn’t even on my radar as an option. I had another problem, in that I don’t receive a ‘salary’, my credit rating is pretty grim, so to rent commercially was out of the question. That’s what brought me here to Northern Ireland, which has very much been ‘home’ for the past 6½ years. 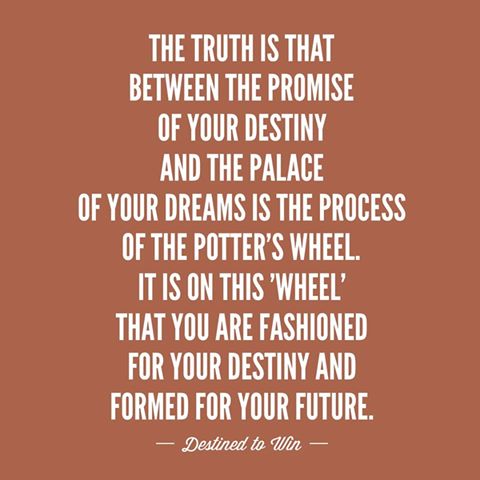 v
The 5 years in between my leaving the house in the USA for the ministry trip and being denied my resident’s visa for the USA, were traumatic and expensive… money that broke my heart that could have gone on ministry, more importantly to the many in need that I meet in countries I go to…. (with the loss on the sale of the house that two businessmen friends had bought, for me to live in – I was there when the massive financial crash occurred in 2008, and the house lost 50% of its value) – it came to around $250,000 / £157,000 (at the exchange rate then). Among the traumas was that the person who’d promised to look after my house for me – ‘I’ll go every couple of days to check it and empty the mailbox’) – didn’t even begin to keep his promise.
One day, I got a call from him – August 2011 (I think) – ‘Do you want the good news or the bad news?’. Good news, please…. ‘Well, you can choose what colour you want on the walls, and what colour carpets you want throughout the house’… Why would I need that, as it had been decorated with new carpets when I’d moved in in July 2006, and I’d ‘left’ in April 2009? ‘Well, you had a burst pipe under the sink…’
Yes, but while a pain, it was only 2 days since the house was last checked…. ‘Ah, well, I haven’t been for 6 weeks, and we’ve had a heatwave  – lowest temperature 95 degrees Fahrenheit (35C ?) and the highest 108F (40C). The house was covered in mould…. Hmm…. thank you, I’ve just lost my home again, and my possessions, again!! My water rate bill for that period was well over US$1,000…. I’d had 17,000 gallons /77,300 litres in my house, for 6 weeks, at extreme temperatures….
I once read, from Max Lucado – ‘ Most Christians are no different to anyone in the ‘world’ – ‘they don’t possess their possessions, their possessions possess them’. I had to swallow hard – many times – and ‘let’ my possessions ‘go’ – for the fourth time in 25 years!
When I heard from US Immigration, it was with total shock, as my return was nothing to do with me. I’d been offered the job as Foreign Missions Director with a church, which USCIS knew, of course. It seems  that the problem was with the church, with major ‘discrepancies’ with the accounts, the salaries, and the leadership…… it’s ok, don’t worry, I’ve forgiven them: it was very hard to do, but I can’t afford to carry unforgiveness around with me. Add to that, the Pastor totally wrote off my car – which he shouldn’t have been driving!!
William Blake wrote: ‘The glory of Christianity is to conquer by forgiveness’.
Moving to Northern Ireland, though, has been a blessing: God had been trying to ‘persuade’ me to rest more, which I wasn’t good at. I’ve learned it here, and appreciate so much the Scriptures about rest that I’d always felt weren’t for me…. they are, and for you….
I could doubtless return to the States now: but the ‘interrogation’, the intimidation, and the memories (forgiveness is wonderful, but memories take a bit longer to fade!) have not made it a priority to go there again: as for being based there, I’d think long and hard before relocating again! Though I do love the price of petrol, and most other things!