Catch up time….! – busy days have meant that time has flown by: Friday evening, we were in a tremendous church – Fuego de lo Alto (Fire from on High): the Presence of the Holy Spirit ws very real, tangible – you could feel him. A really lovely, grat musically – worship band, with worship was that was genuinely to God, and not about him, or about the band. All the guys spoke well, not just about who they are/where they’re from – but now, about the miracles they’ve seen….Posted on Facebook posst from Thanney here the other day: one from Davy here today…

In ‘Fuego de lo Alto’, people were saved, and many people were instantly healed, or received a miracle that was – medically – impossible. A lovey man, Fabio, clearly suffering a lot of pain, had lost lots of internal organs, some of which were affecting his weight, terribly crippled legs and knees….he was a former Cartel high flyer’ who – 16 years ago – was shot 37 times (37 bullets that hit him, anyway, in two separate but continuous attacks. There’d be a 3rd attempt on his life previously, but from no distance, the shooter missed him with all the bullets… there were bullet holes in the head rest of chair MILLIMETRES either side of his head…. God was clearly protecting him even then! 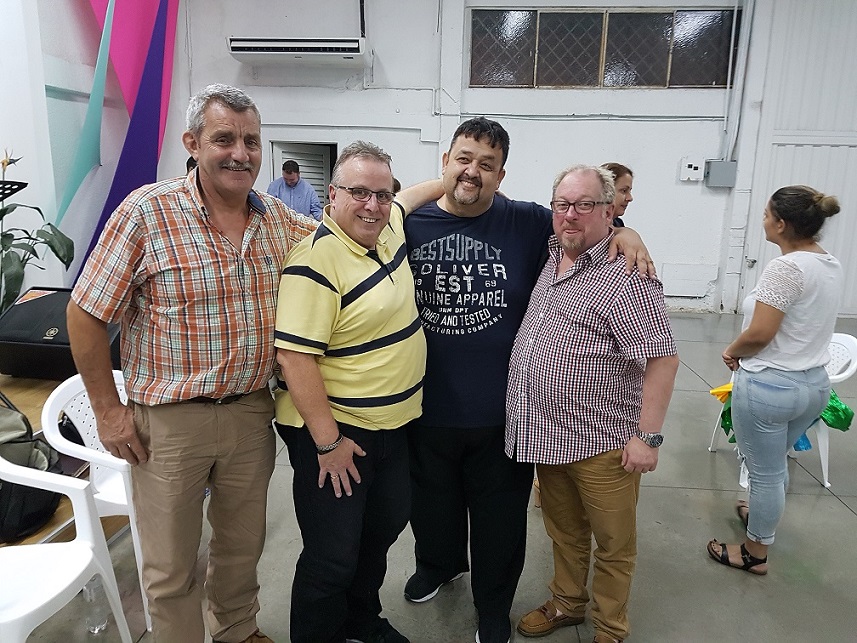 Thanney, Paul, Fabio – shot 37 times and lived – and now being healed of the endless list of damage inside his body – and Andrew

Fabio let me feel the bullet that is still in his throat and neck, and touch the (still quite deep) bullet holes in his body… the surgery scars were incredible in his body were incredible. I’ve touched bullet holes before – ‘fresh’ ones about 15 years ago from the previous night’s attack on a young man. Then, when praying in the University Hospital for a man shot the night before, still open, at the height of the AIDS: he was in a coma. I asked God what I should do: he told me to put my fingers in the bullet holes….from about 6000 miles away, I’m sure I heard my mum whisper ‘you’ll catch AIDS!’. I’m not in fear of catching stuff, I’m here to see stuff healed!

Just as my forefinger touched his skin, God cauterised the hole..and then all 7 of them…

A lot of Fabio’s pain went: he had pins and needles in his feet, a smile as wide as the Andes, and faith that God was going to carry through to completion the work he began so instantly. Prayed for supernaturally replaced organs for him, for all those that had been wrecked by bullets, or removed surgically as a result of the bullet damage. 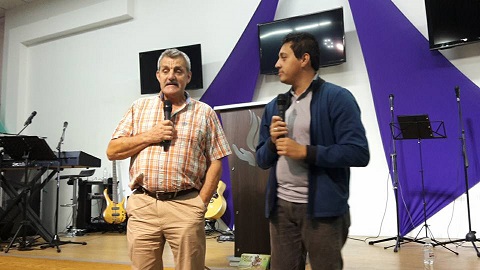 All the team saw God heal multiple people, a couple or more saved or recommit their lives to the Lord….. it was my first time at this church, and I love it! The Pastor and her husband have invited us for a meal this week, and asked when I’m back next …. often a good sign…. !!

Saturday, we had a meeting in the afternoon, and a spectacular morning in ‘centro’, the city centre, where there are thousands of street stalls, and small ‘stall’ type shops in an abundance of malls, wonderful places, loads of friends who own shops there….I’ll blog about that separately! 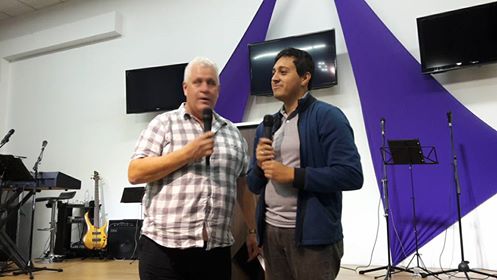 Here’s Davy’s facebook post from a couple of days ago – much, much more has hppened since then!

« The house that Thanney couldn’t build, but did save from collapsing (and possibly killing 140 street kids and adult helpers!), with lots saved and healed, too!
Masses of healings! – Street….church…. Astrid’s 7th anniversary of ‘cancer freedom’ after being heald 6 times from the disease »

2 thoughts on “Fire from on High – and there was….. a bullet in the throat….neck…. multiple bullet holes in a body….”