I don’t know whether it would be true of every Christian, but some I know have had specific people ‘sent’ by God into their lives who have been so amazingly significant, and changed their lives forever. I’m grateful to God that I’ve had, over my 46 years as a Christian, some of those people who God knew that I needed, even if at the time, I didn’t know I did…. one, in particular..

I’d been around church since I was 2 years old. I’m forever thankful for my wonderful parents, who became Christians when I was 2 years old, at a Billy Graham Crusade, 1954, at Haringey, North London. Church featured in their lives so much, that I was in church 3 times every Sunday from a very early age – morning meeting, afternoon Sunday School, evening meeting. If anyone had asked me, I’d have said I was a Christian. BUT – I look back, and into my teens, I realise I was a Churchian, Christianised… I got into a lot of trouble at school – nothing drastic, mostly because I was left-handed, and had a psychotic headmistress who hated left handers! When I knew a letter was going home to my parents, I’d ‘get saved’ again the night before, which tempered their reaction to the school news! Between school and home/church, I really lived two different lives.

When I was 17, the church I was in didn’t seem to have any female ‘talent’ – young ladies that my mate Andy and I fancied. Well, Eastbourne IS a cemetery with lights, a town where old people go to die, and when they get there, forget why they went… somehow, Andy discovered a church, in a much smaller town about 20 miles away, where there was an abundance of ‘talent’, and, strangely, much to our delight, we ‘felt that the Lord was leading us there’….

Well, it was God – but not for the reason I thought! With a few months, the Youth Fellowship had a weekend camp in a field: the ‘booked’ speaker for the camp was unable to make it, and sent what he said was a ‘great guy just out of Bible School’, who arrived at great speed into the field, in a green Mini Clubman – and got stuck in a boggy bit of ground. All the lads rallied round to get his car out, and then we were introduced to him – long hair, leather boots – very cool in 1970. his name was – and still is, unsurprisingly! – Clive Calver. I was 17, and had never met anyone like Clive: from the moment our eyes met, I knew he could see straight through me, saw the ‘sham’ that my Christian life was, but didn’t do or say then. Because of ‘being seen through’, my immediate reaction was that I hated him! I knew I’d been ‘got’…. 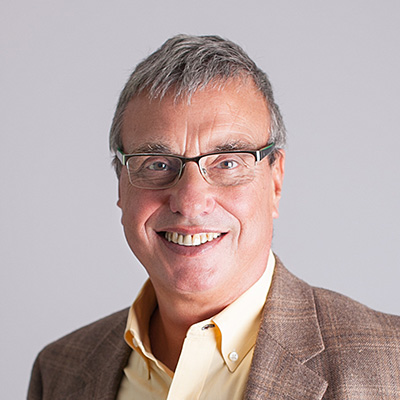 I was 18 in December 1970: Clive was now regularly coming to our Youth Group to teach, and encourage us to do evangelism. Easter ’71, we were going to have a ‘Coffee Bar’ mission (that dates it, huh??!). Clive was about to teach us how to start and end conversations with young people: he began, ‘I was going to tell you how to do it, but instead I’ll show you. Paul – it’s time you got saved!’. If I thought I hated him in the previous August (I’d grown to like him subsequently!) I REALLY hated him that evening for ‘exposing’ me to all my friends in the youth Group!

That evening, I got saved. I’m forever grateful to Clive for his boldness that evening. Clive had also been filled with the Holy Spirit long before it became ‘popular’, and introduced us that amazing dimension of faith it’s impossible to function as ‘Kingdom’ Christians without. He was involved with our group for years, and in about ’74, Clive was travelling with a young worship leader, Graham Kendrick (Dastardly and Mutley!!). Clive would hit you hard with the truth – sometimes felt like being disintegrated by a sledge-hammer! –  and Graham put you back together. God sent them – and at the same time, Clive’s wife, Ruth, to our Youth Group for me, if no-one else, though they impacted many lives. 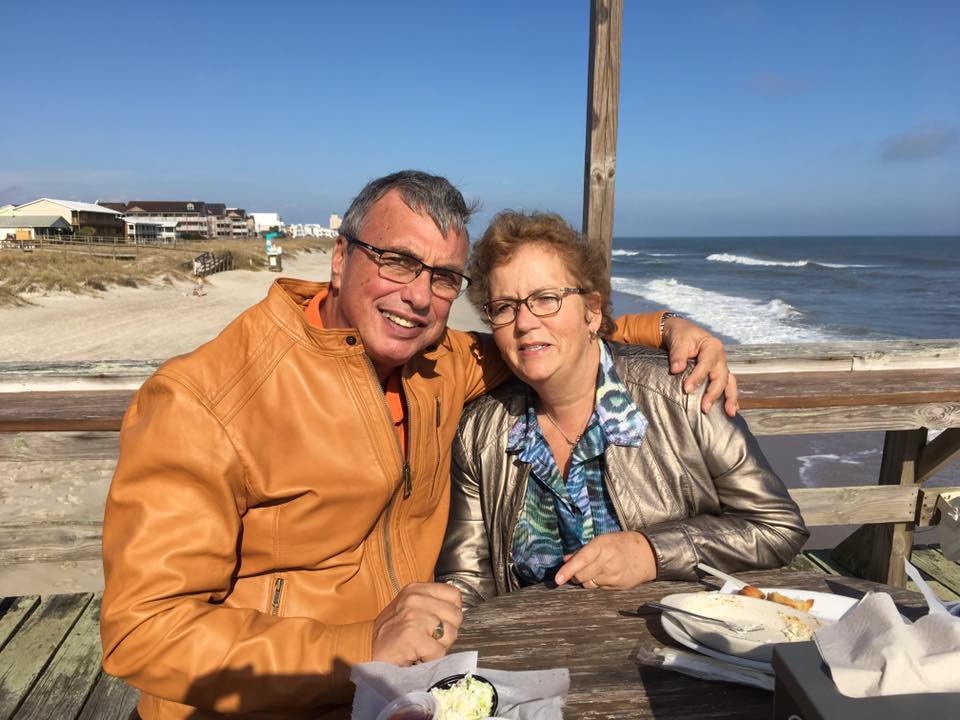 Clive became National Director of British Youth for Christ in – I think – 1975: and in my spare time, I’d do things with him which meant that we spent good quality time together, like events at the Royal Albert Hall first weekend of the year, I’d drive him on fund-raising trips around the country. He wanted me to join YFC, but though I hated my job, I ‘fought’ what I knew was a call from God, through Clive, because of security with salary, mortgage, pension – all the sort of stuff that prevents many people being used by God 🙁

Sometimes, perhaps, we don’t recognise that God has put people in our lives, it’s not ‘chance’, it’s so that our lives will be changed forever. Back in 1974, I shared something with Clive that I was going to do: he looked at me with what can only be called a ‘Clive’ look, and told me not to do it. I was stupid: I didn’t listen to him, and he was absolutely right. If I’d listened, it would saved so, so many problems, difficulties, and pain, in my life. What he’d told me not to do, began to go wrong almost immediately, and, years later, when I told him I was sorry that I hadn’t listened to him, there was no ‘I told you so’, just love, and sadness that it hadn’t worked out.

If you’ve not heard of Clive and Ruth, it’s because they moved to the States many years ago. Clive revolutionised British Youth for Christ after he took over as National Director in 1975 of the ailing (dying?) organisation: he founded Spring Harvest, with Peter Meadows, in the late 70’s. In ’83, he took over another ailing organisation – The Evangelical Alliance – and totally transformed it. Then to the States, to do the same with World Relief Organisation. An initiator, motivator, preacher – and so much more, alongside Ruth, also a motivator, instigator, teacher. But for me, their mentorship is what changed my life forever. For the past 11 years, they pastored Walnut Hill Community Church, in Connecticut, saw it grow considerably, were among the first on the scene at the dreadful school shooting at Sandy Hook, close to their church, where 20 children and 6 adults were murdered in 2013.

Clive and Ruth were – and are – people I have the deepest love for, immense respect for. And they are the most significantly instrumental people in my life, in a difficult time of my time, and what I do now, and have done for the last 30 years, and the next 30 years, is because of their love, care, boldness, faith, wisdom, and leadership. Thank you Clive, thank you Ruth – and thank you Graham Kendrick, too….

I thank God for them so, so often, and love them to bits, even though, in the past, they’ve been ‘tough’ with me: I’ve needed it. If I’ve mentored – or could mentor – one person as well as they advised me, I’ll be a happy man.

Look at who God might have sent into your life, that you’ve ‘missed’ – and think back over things they’ve said. Maybe they’ll change your life. 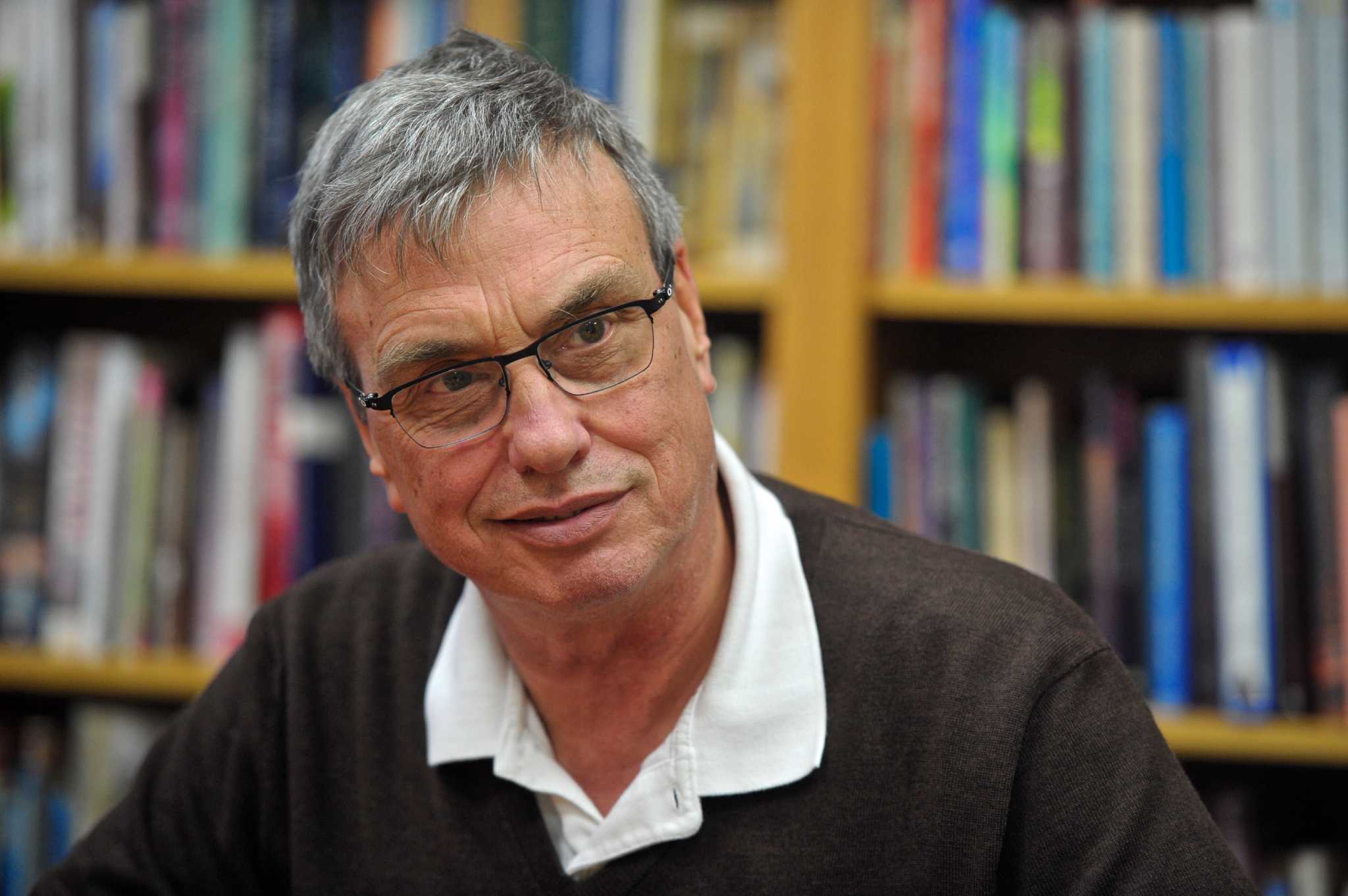 The Reverend Clive Calver, who with his wife the Reverend Ruth Calver, is retiring from the Walnut Hill Community Church, in Bethel. He has been senior pastor for 11 years and she is Pastor of Women. Tuesday, January 12, 2016, in Bethel, Conn.

« NOTHING DEFEATS THE GRACE OF GOD
Hiring Prostitutes in Burundi »