Twenty years ago, I came to Cali: I spoke at a Youth with a Mission school, and had the pleasure of being translated by Dutchman Hein Hoere. Hein and Teija have been missionaries here for almost 30 years, and over the years, it’s been a pleasure and privilege and to get to know them. They’ve opened doors for me: and I’m thrilled to say I’ve been able to reciprocate for them, in Northern Ireland, through bringing Irish friends here. 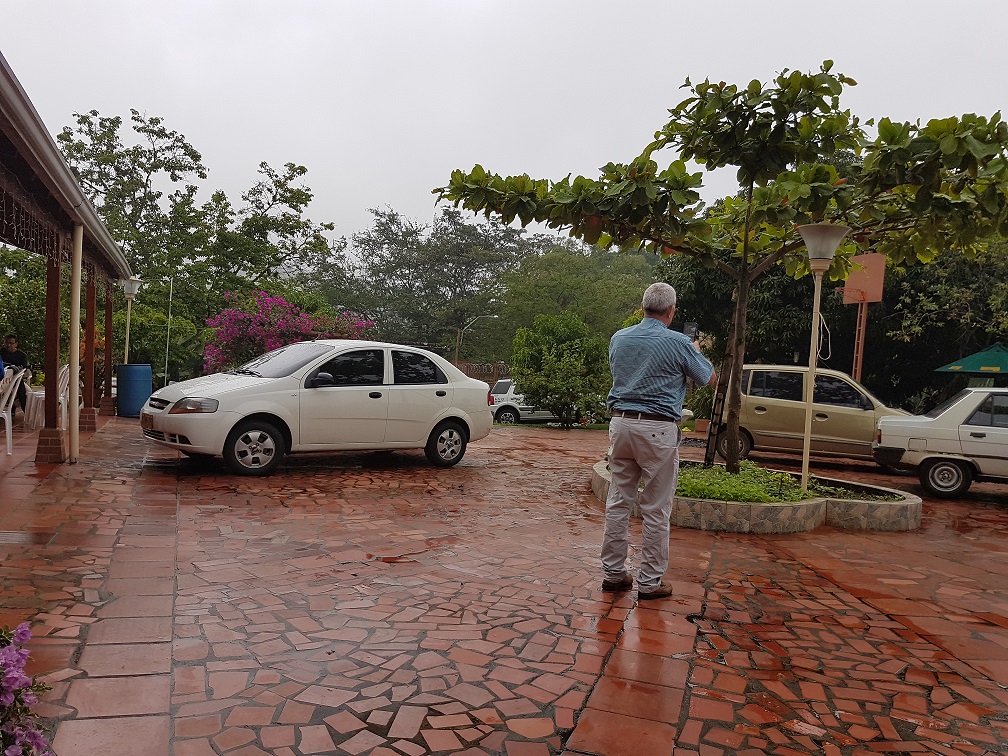 Hein and Teija are apostolic and evangelists, pastors too: and great fun. Before I came here, they’d planted Mision El Abrigo Internacional – and it’s been a joy to be involved with them for each of the twenty years I’ve been coming here. Sunday was the middle day in a church ‘weekend away’ at a finca (farm) in the Andes, a beautiful place, and Thanney and I were there to take part in their Sunday worship. One of the hallmarks of this church is its worship: It is so sweet to be in the presence of the Lord with them. 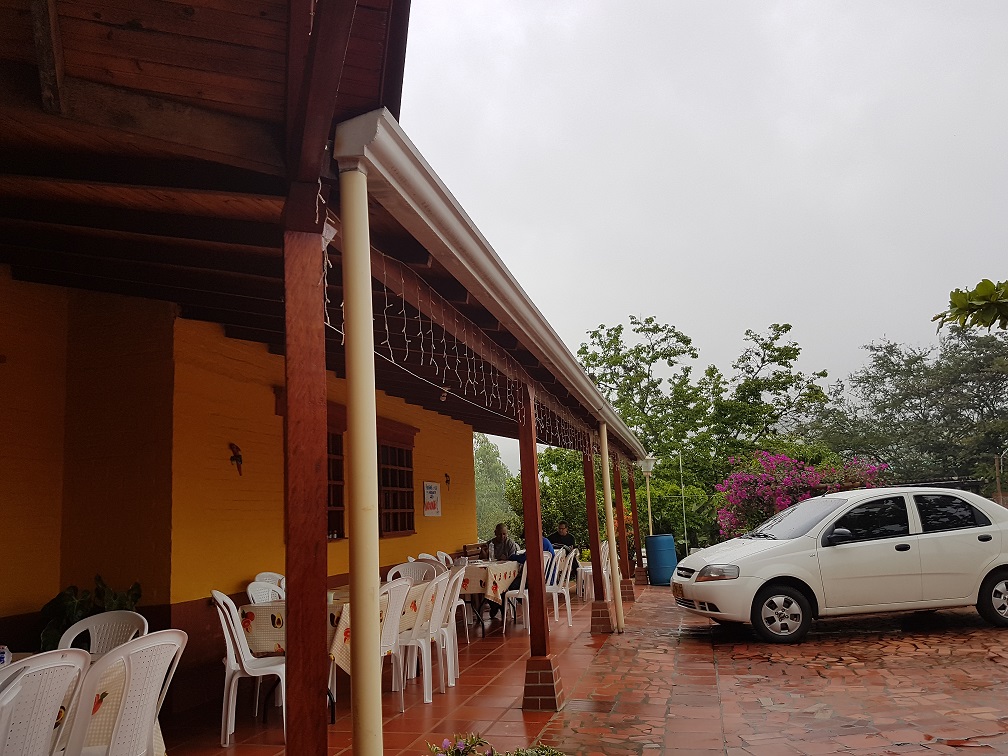 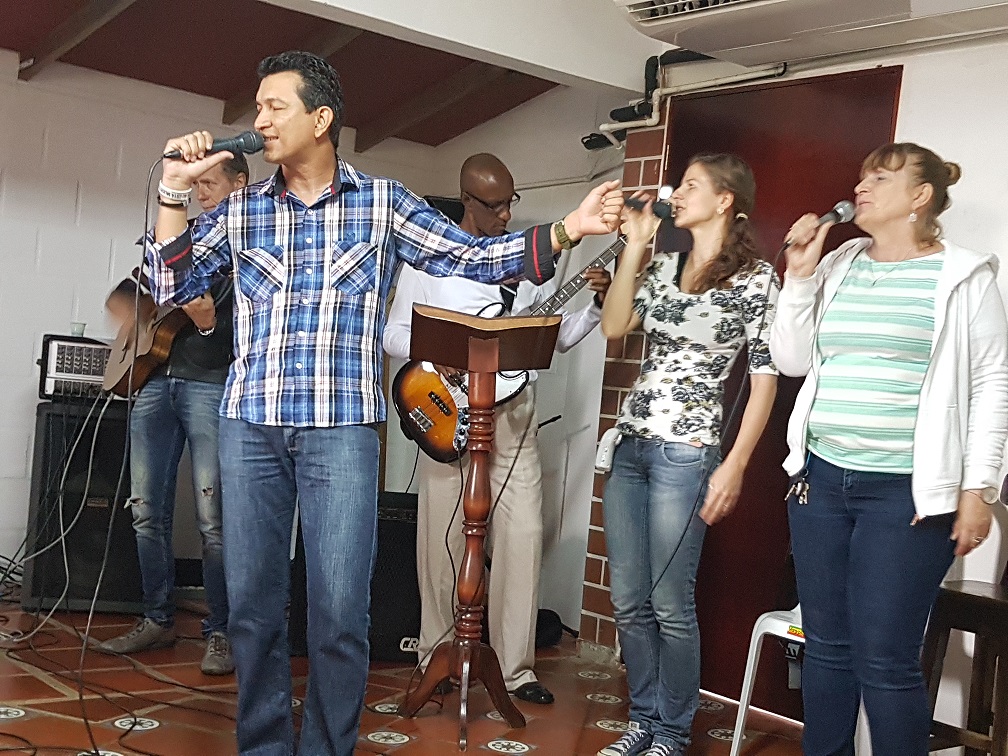 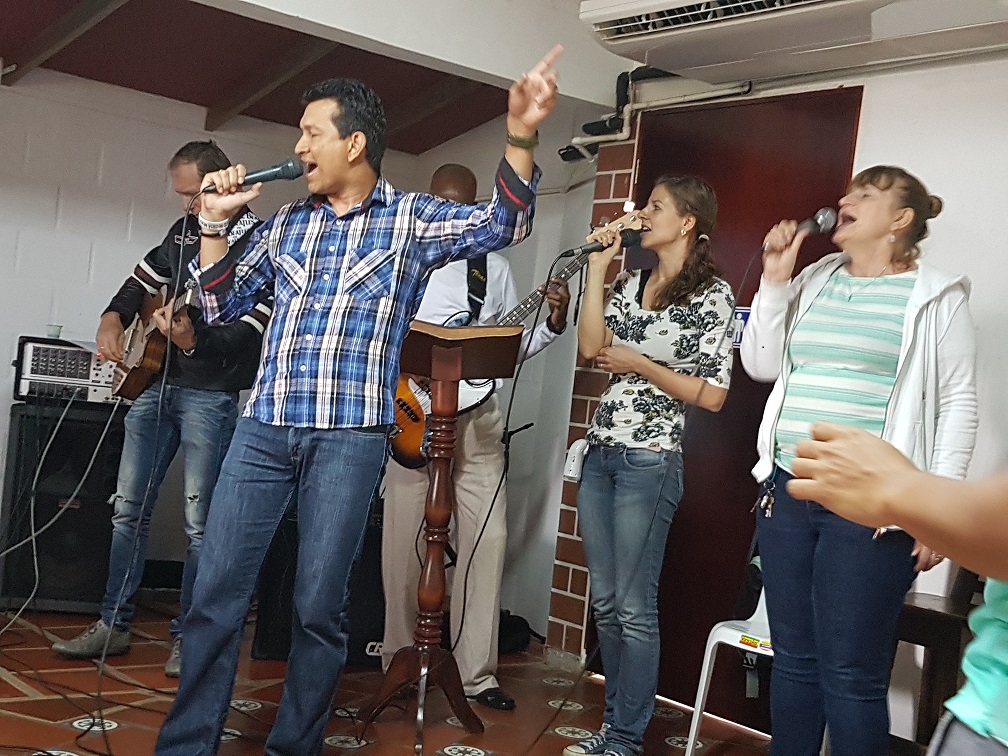 The worship team (some of it) at El Abrigo, Wilmar leading

I’ve been truly flying by the seat of my pants preaching the last few days: heading out on Saturday evening, I had one thing in mind, and God had other ideas. Same Sunday, at El Abrigo: I thought I could utilise my new sermon from Saturday – and did, to some extent, but it ended up pretty different. In the King James, which is my ‘memory verse’ translation from my childhood (which was, of course, all of 20 years ago 😉 !!), Samuel says, in his first book, chapter 7, ‘Heretofore hath the Lord blessed us….’ after the Israelites had trembled in fear in the face of the enemy Philistines, yet again…. and the Lord THUNDERED. I would so love to hear that – and be terrified in doing so – but there are issues I’m wanting God to thunder against, and a world that I love that needs the enemy to flee at the thunder of his voice.

At the end, I felt it would be right to have the people who’d never prayed for the sick, never seen a healing or a miracle, to pray for those who were sick. And they did. Thanney and I prayed for a few: and Thanney’s prayer to God, before we came, was that he’d see a young couple, who couldn’t have children when he prayed for them in November. He’d heard from Wilmar that within weeks Carolina had discovered she was pregnant, and Sunday, she was in church, and testified to God’s miracle, now 4 months pregnant. Here’s her story, as she’s joined by Thanney as she shares it:

And then they humbled, honoured, and blew me away….. with their prayers.

« Honoured beyond anything: home is where the heart is….
God with Us – Dios con Nosotros – honour again….and God certainly is! »