This morning we were at a church I love very much – ‘Vision y Avivamiento’ – Vision and Revival – been going there 4 years, probably been 7 or 8 times, and led by the lovely Mauricio and Diana Naspiran. The first time I went, Mauricio had been knocked off his motorbike and his hand was crushed badly. His passion, after Jesus and his family and church, is playing the guitar and leading worship, and he was desolate that he’d never play the guitar again, his fingers (left hand, so fret board) were crushed and bent…. 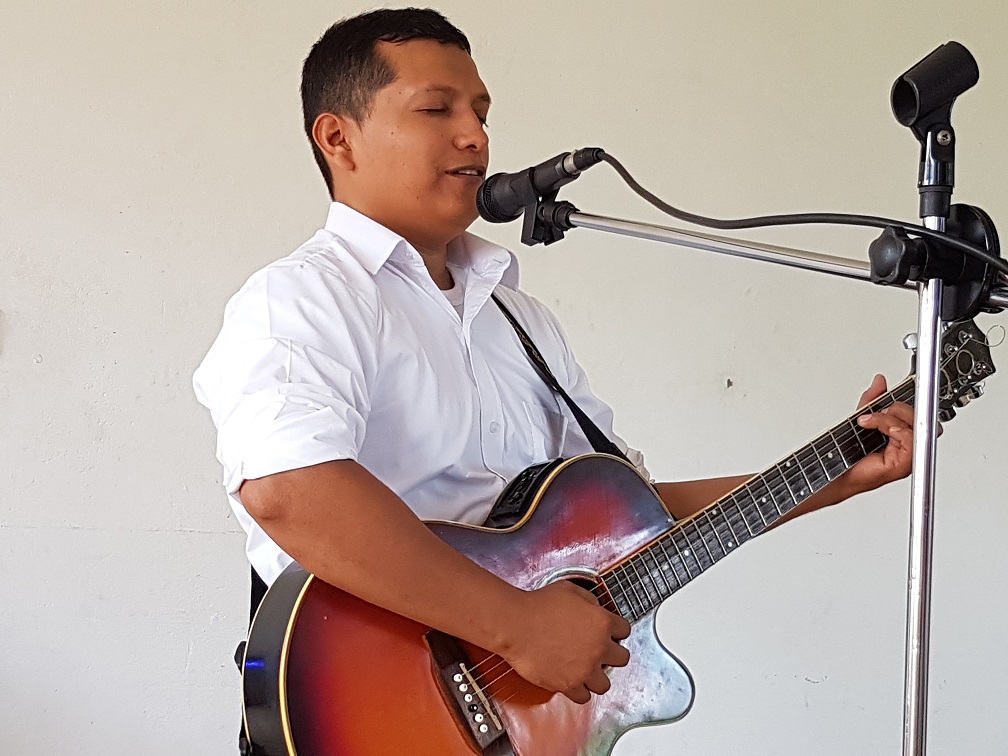 God healed him instantly that first visit, and he immediately picked up his guitar and started leading worship again…. It’s not a big church, numerically, but wonderful people, and some who read the blog or Facebook regularly might remember the photo of the drummer in the church – Daniella, aged 8, a real worshipper, and an excellent, sensitive drummer. Lots of the congregation were healed this morning: Roberto was in a bad car accident and was crippled, in a great deal of pain, and with terrible problems walking. Davy prayed for him, got his back straightened out, and then his legs became the same length, his ankle which was twisted (permanently, he’d been told) straightened, and he walked…then up and down (just about) the worst stairs you can climb if you’ve got or had dodgy legs – believe me, I know!!

Daniella, the drummer, was healed of gastritis, and an out of line back, again showing itself in different leg lengths – they equalised instantly. 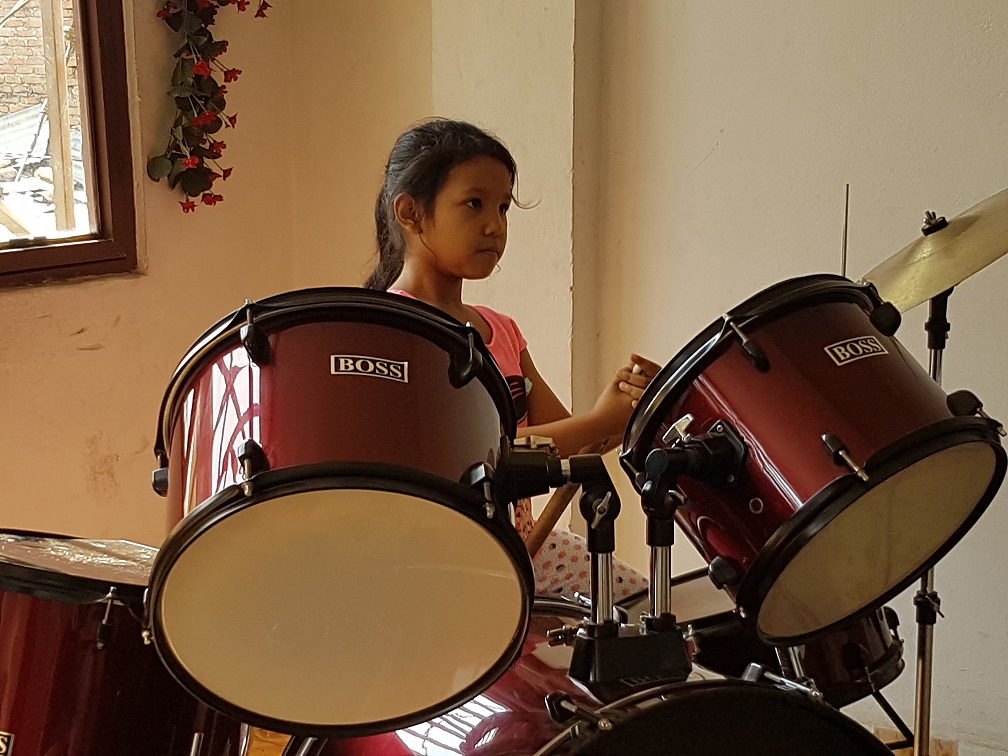 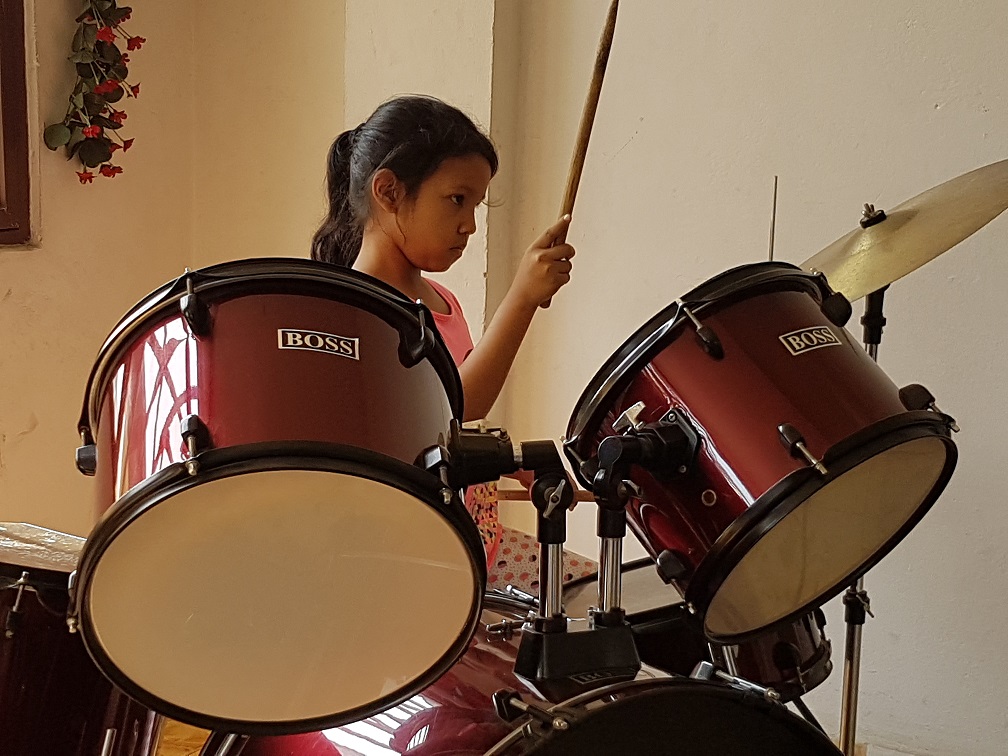 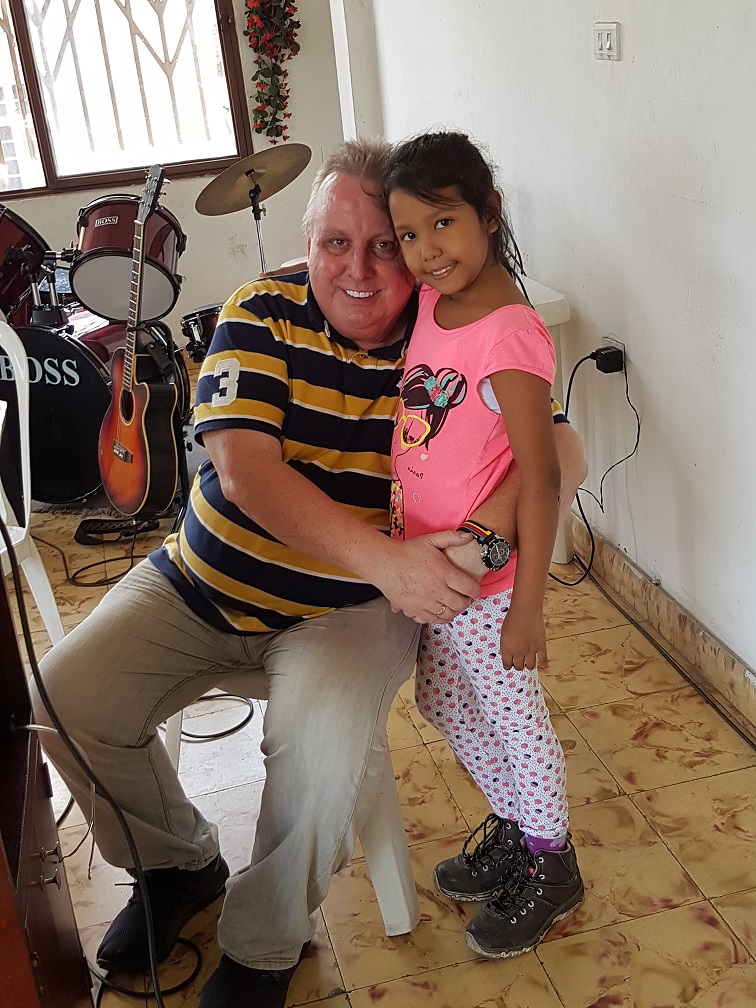 Daniella after being healed

Other things healed included diabetes, more gastritis, severe back and kidney pain with liver complications thrown in, severe head pain in a young mum for four months, Jorge – who with each successive visit to the church is being healed of prostate cancer, and so many more illnesses, infirmities, and afflictions were healed..

Thursday evening was a lovely time with Doctora Ana Elisa Bustos Gomez: about her next project, which will be a centre for the 150-200 street kids, aged 4-15 years, and the same number of adults, she works with, in a very tough area of Agua Blanca, Cali known as La Isla…It was her street kids house that Thanney came to renovate and improve in October, but that was on the verge of falling down, so he had no alternative but to condemn it rather than renovate it… She’ll be making use of Thanney’s skills from this visit, too…

Ana Elisa is a consultant ophthalmologist, but, like a lot of doctors here, she doesn’t earn a great deal. So for now, she feeds them, provides them with clothes, shoes, pens, paper, notebooks etc., for school, food for them every day – out of her own pocket. There it’s no government assistance for kids like the ones she looks after, and to fund what she does, she works 18 hour days, 7 days a week. Yes, really. And a year ago, she had quadruple heart bypass surgery…

A TRULY amazing woman. And she does it all with delight, a smile on her face, and with such love and compassion in her eyes. I know that, worldwide, there are a zillion ‘projects’ (which when all is said and done, are PEOPLE), but where there is personal involvement, it makes the project/people real.

And generally, when all is said and done, there’s a lot more said than done….

So, back home on Monday – though with every visit this becomes more and more home to me, and I leave more and more stuff here for next time…. all being well, next time I hope – God willing and providing – have a long-term rental apartment, the floor above Wilmar and Marlene, right in the centre of Cali, with potentially four bedrooms, ideal for bringing teams, and it’ll mean I don’t have to carry so much luggage each visit! It’s also somewhat cheaper than renting short-term, though I will have to acquire – beg, borrow, or…. hmm, no other options! – furniture, equipment, all sorts of stuff that will make it livable for a team and me….

I’ve got three months to sort that out, before coming back here late in October, which is when I can take over the apartment, and the next team arrive.

Home sweet home…. so many pastors have said this trip that I should be living here… maybe that’s not as far ahead as I think!!

« A God ‘special’…. and the tumour that disappeared from a pechuga…. :)
Kids refuge ahead of schedule in Cali…. and the God of the Open Heaven is still there! »