Over the years, as I’ve travelled to different places, it’s been a real privilege to pray for – and get to know – lots of children and see either their faith, or the faith (and sometimes desperation!) of their parents, cause a miracle, healing, or transformation in their lives.

I love to pray for children as they don’t have any ‘theological’ hangups (!) and Jesus talked about having faith like children being crucial in our lives. One of the things that got me going to Romania was watching the bloody revolution unfold on television from December 16-25, 1989, seeing women and children killed on the streets, then when the ‘outside world’ was allowed in (Ceausescu, the President had never allowed outside media in, and it was hard to get in even as a visitor), seeing the orphanages just brought me to tears. I spent a lot of time crying that Christmas and New Year.

Having (then) been in a church where Ishmael – who’s ministry to children is almost legendary, I wanted so much to visit the orphanages – and found pretty quickly that it absolutely wrecked me. One little boy, perhaps a year old, in an orphanage near – I think – Tirgu Murês – just finished me off: standing (if you can imagine that as he had no legs or arms) in a filthy normal-sized cot which he shared with three other children, urine, and faeces, he had no eyes – just bulges where his eyes should have been – no name (I asked the one lady worker there, ‘looking after’ about 60 kids, what his name was: her answer was ‘No name, why should we name him?’). I picked him up and held him for ages, got covered in what he and the other kids had ‘deposited’, and he laughed…..maybe for the first time in his life as he was hugged….

Since then, I’ve been determined to see kids blessed and healed, and pray over them that the Holy Spirit will fill them, cause them to know him, heal them…. one of the most precious stories is of Daniella – a young lady, not a child who, when she was 13, was up for healing at her church in Cali, standing in front of me before I’d finished speaking (I guess a lot of people would like me to finish sooner!!!) – and was clearly in the middle of a terrible asthma attack. I stopped speaking, told her not to try and talk as I could see what was wrong, prayed for her immediately – and the attack stopped. I heard myself say to her that it would be the last asthma attack she’d ever have (I had to believe it was God speaking through me as I certainly hadn’t processed it!). She also had very thick-lensed glasses, with a hereditary disease that meant she’d be blind by 20 years old. Prayed for her eyes, and she could see perfectly, and never wore her glasses again. She also had severe flat feet (I know what’s like as my knees have caused my feet to flatten) – and as she took off her shoes we watched God ‘grow’ new arches for her! Next time I was at the church, I invited people for prayer for healing, and said publicly that Daniella and I would be praying for them…. she looked terrified! The first person for prayer was a young mum with a year old son, with……chronically flat feet! I told Daniella ‘This one’s yours!’ – and as mum took her son’s shoes off as Daniella prayed, we watched God grow him arches in his feet…. next was Daniella’s mum, for the eye disease, and as her daughter prayed, her sight was totally restored!

But it goes back years – and I’ve put a few pictures here of kids I’ve had the privilege of seeing God do miracles for one way or another…..and just  (hopefully!) a brief testimony of what God did. 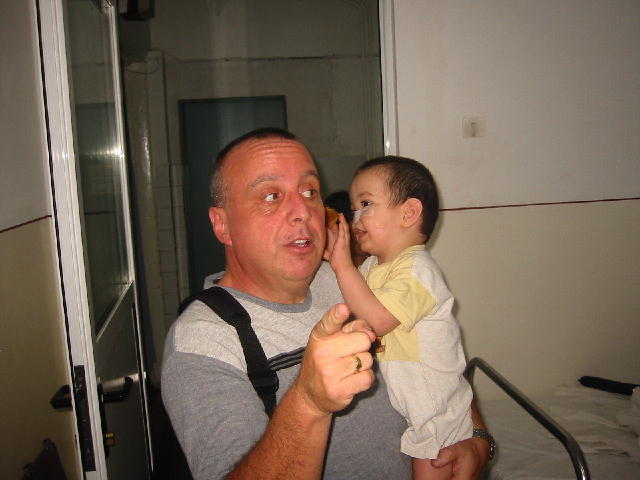 This is Denis, from Romania – you’ll notice the tape across where his nose should be: he was found at 3 weeks old in a shoebox in a field, and rats had eaten off his nose, yet somehow he’d survived. God told me to raise the money for him to have prosthetic noses three times over the twelve years following this picture being taken, found a lovely plastic surgeon in Bucharest who charged a hugely reduced price to begin the first surgery. I kept in touch with Denis’s carers for a time, but 30 years is a long time in the past…! 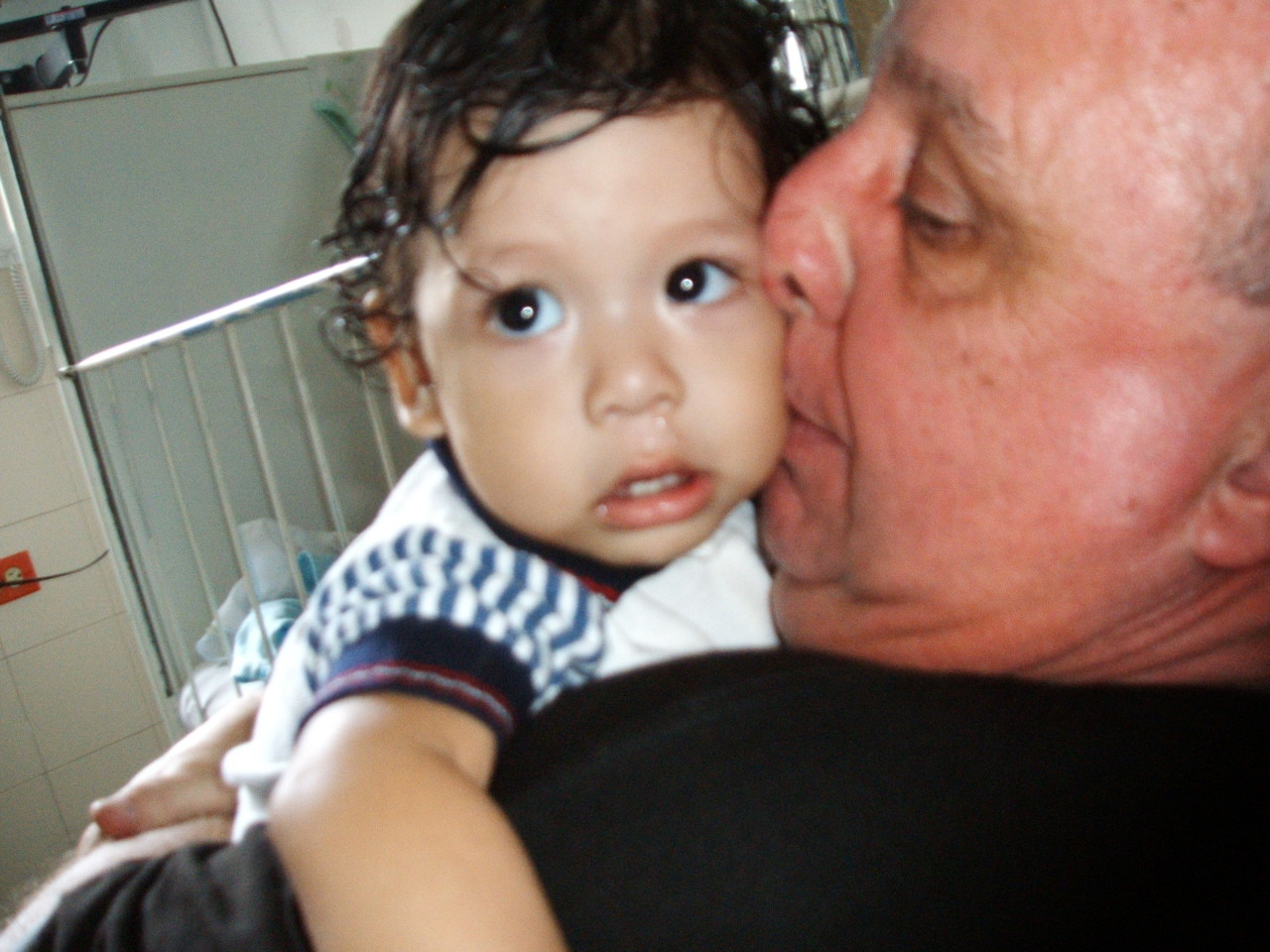 This gorgeous little boy on the right was in the ‘terminal’ isolation wing of the kids hospital in Cali, Colombia, with AIDS, TB, and Hepatitis C, and a prognosis of maximum 3 days to live. He had no name, having been dumped by his mother due to his conditions, so I called him David…. he was healed and had gone to live with someone from the hospital. And no, I didn’t catch AIDS, TB, or HepC! 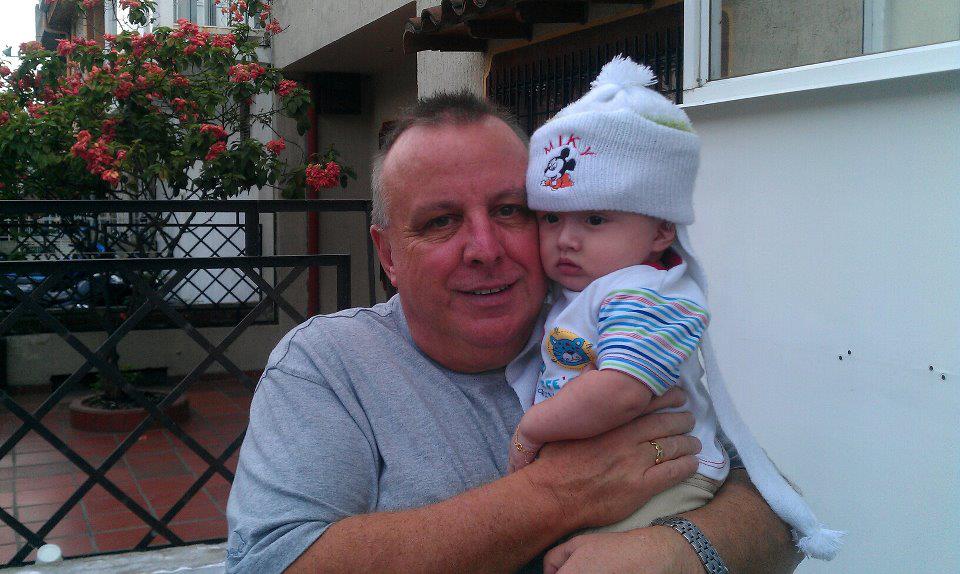 Jose Luis I’ve written about in the past: met his dad (without Jose Luis) in the waiting area of the children’s hospital in Cali, who told me his son had been born with no fontanelles or sutures in his skull, so nowhere for his brain to grow…. with a short life expectancy, according to another brain surgeon. Prayed for Jose Luis (that’s dad’s name too), and then he went in for his appointment with the brain surgeon, Dunia.

Dunia rang me about 3 hours later: she’d got dad to bring Junior for a scan (she was a ‘second opinion’ consultant) – and the scan showed fontanelles and sutures exactly where they should be, God had done an extraordinary miracle in his head in those hours!

And below is Jose Luis 5 years later…. last year – perfect, whole, bright, intelligent, and with an amazing future. Mum and dad both gave their lives to the Lord when he was healed, which of course is the greatest miracle of all…..