Tracheal cancer healed…liver cancer healed…last July, I went with lovely Pastor friend, William Castaño, to the home of a beautiful lady, Esperanza (Hope, in English), and her son, Jorge, to pray for Esperanza. In April last year, I’d prayed for Jorge: he’d got cancer. Saw him in July, and God graciously healed him. But now, his mum had got cancer of the trachea, and could only eat and talk though some gadget in her throat, and it had spread to her lungs, and as almost constantly on oxygen. God wonderfully healed her, I discovered at the start of this trip, the cancer went, no more ‘gadget’ (though she’s subsequently had exploratory surgery for her thyroid, I believe (hence the covering).

She looks 30 years younger. Saw her and Jorge today: the enemy clearly doesn’t like them (they’re both awesome Christians) as Esperanza has cellulitis and cirrhosis, and Jorge has cirrhosis and class 1 diabetes. We had a tremendous time praying for them: no doubt in my mind both of them are healed…  it was a very special time.

We had lunch with the oldest active Pastor in Colombia today, someone I’ve loved and admired for many years, prayed for her healing on a number of occasions, too: Pastor Fanny is 87, shines with the joy of the Lord, is an amazing woman of God, oversees a denomination called ‘New Vision’, and has no plans to stop. Oh, and she’s about 4 feet 3 inches tall…. such a giant in the Kingdom though!

A lot of my ‘spare’ time (lol!!) since I’ve been here has been taken up with doing admin, emails, paperwork, forms – you name it – for the final amount of money due to come from England, for dear Ana Beiba’s ministry to old people. I hate admin with a passion: and the looooong delay in the money getting here has been a real pain – I man a real heart-felt pain – as many, many old people have died because she hasn’t had the room to take them into her home. I understand – or try to – the nitty gritty of ‘due diligence’ (whatever that means!) and the problems with wiring a substantial amount of money to Colombia: hisorically, it could have been money-laundering, cocaine purchase… you name it! But so many have lost their lives: please pray: I think, I HOPE, I’ve done the last of the paperwork from this end, that the money can be wired tomorrow or Friday so she can have it before I leave here on Monday…. 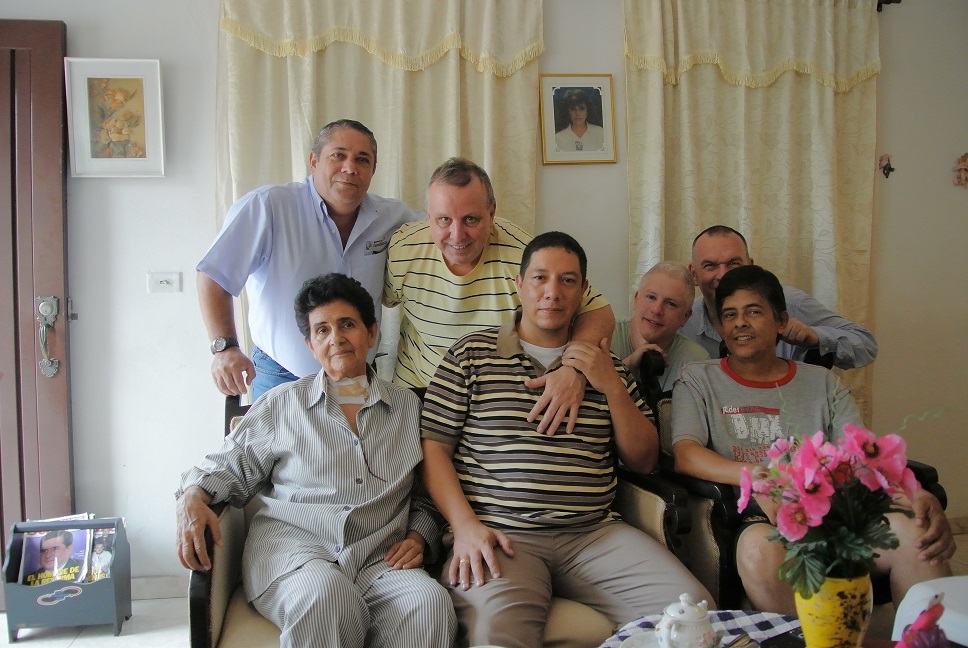