…the name of the church, Dios con Nosotros – God with us – and he was! Many healings, lives transformed… the Pastor, a lovely man, Rafael, who has become a good friend over the last few years, opened the meeting by getting people who were healed when I was at the church last March and July. It’s a wonderful way to bring the power of God to heal right to the forefront of the ‘preach’ and the ministry time. I’ll check the translation quality on the videos and maybe post them later if they’re ok.

I had another testimony visibly told to me – and shown to me – at the end. A lovely young woman, Leidy, came to me for a big hug, carrying her beautiful 6 month old old son, Marcelo. She and her husband had not been ale to conceive: I remember praying for them so clearly in March, that God would bless them, and spoke over them ‘prophetically’ Elisha’s prophecy to the Shunnamite woman.

In July, they were expecting their first child. God’s so, so good! They asked me to pray for the pregnancy, which I did, of course: and last night, the circle was completed with baby Marcelo being handed to me for a hug and a blessing! 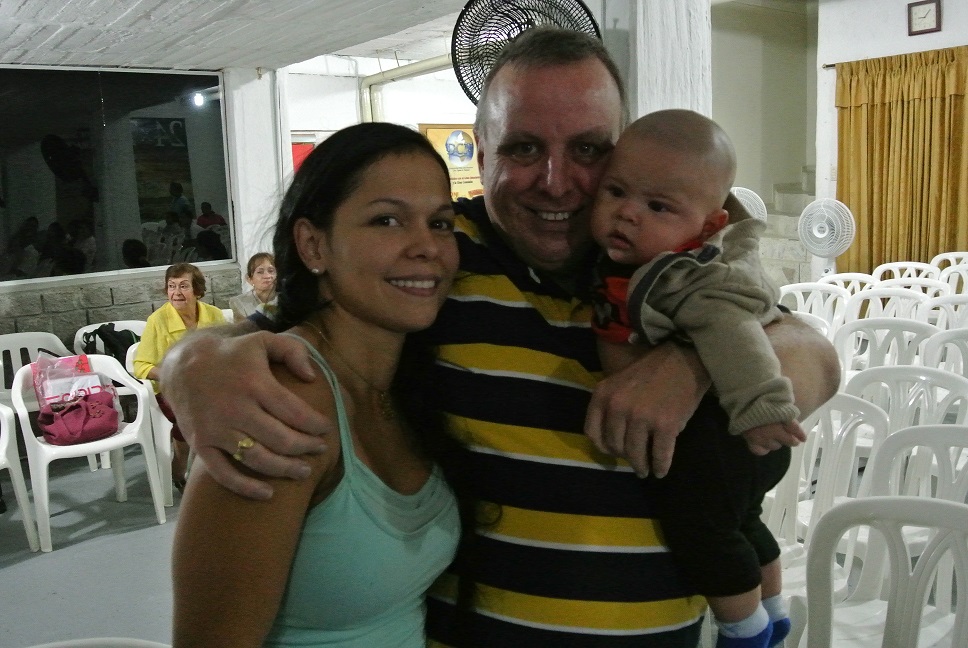 Paul spoke so, so well! He’s just flourished here in the few days he’s been hre. It thrills me to bits when I see God do that in the people  bring. Just about everyone we both prayed for was healed: 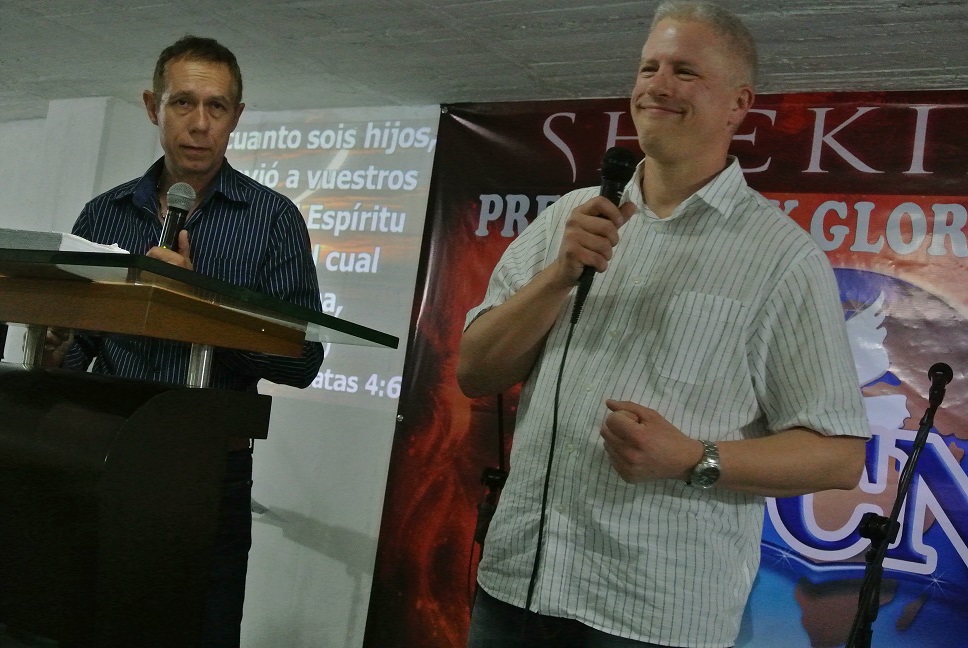 more knees were healed – it’s inevitable now! – bronchial problems, a lady with thrombosis which had badly affected her lungs (my ‘issue’ last August!) and having difficulty breathing. She took in huge lung-fulls of air, which she’d not done for many months. Migraines, leg ulcers, bone spurs, and much, much more. 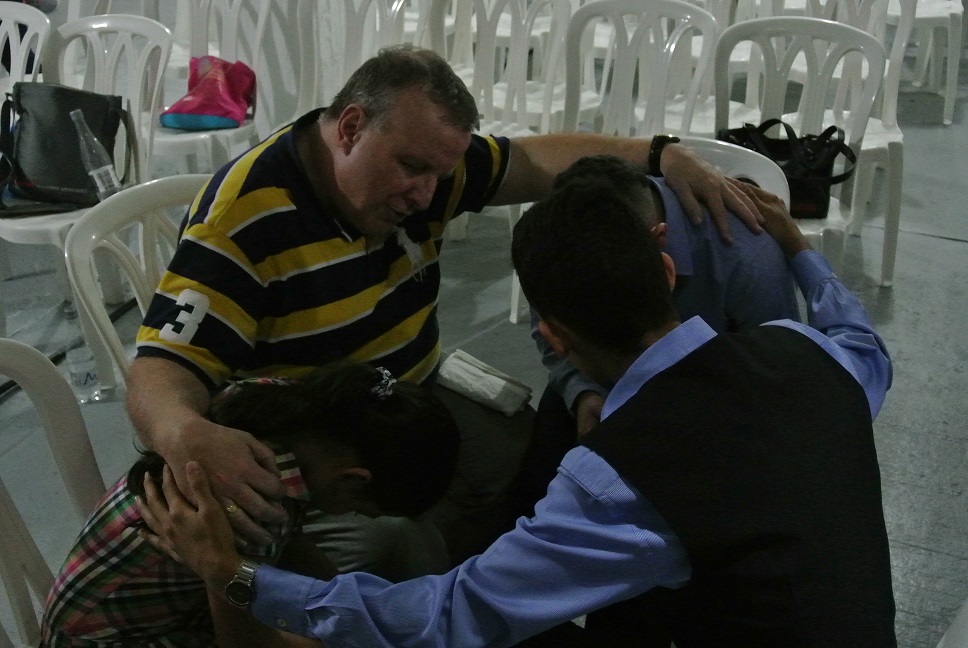 A lovely time praying for Rafael: in fact, a number of the leaders asked for prayer, including Rafael’s mum, who was healed instantly, and his sister.

Chis and Brian were at another church at the opposite end of the city: they got home after midnight, having had a blockbuster night, too. Chris’s post is on my Facebook page: I’ll re-post it here, too.

Today, to hospital, to pray for the sick (obvious, I guess!!), then sadly, Chris leaves for the airport to fly home. Not so sad for him, of course, to go home to his lovely wife, Abi, and son Caleb! We’ll miss him: it’s been a fantastic team. Then tonight, the three amigos/musketeers head to great friend Francisco’s church, Nuevo Vision (New Vision) joining forces with two others pstoed by the lovely Pastora Fanny, and Pastor Wilmar (a different one to the blog Wilmar!!).