Praying for people, with all the emotion and compassion attached, is exhausting. Unless you’ve done it, following preaching even more so, it’s quite hard to explain how tiring it is. All four of us were exhausted after the intensity of Wednesday to Sunday’s meetings. So to have a ‘breather’ yesterday, as not many churches have meetings on a Monday, was a blessing. We spent a lot of the day with Wilmar, who was also exhausted, as he’s pastoring his church as well as being with us as much as possible. It was blessing.

In the evening, we were at the home of a lovely lady, Rosa Marie, and her children, Jonathan and Ana Issabella. Jonathan is the young man we prayed for a couple of Sundays ago, who is the professional salsa dancer: it seems Ana is too! Jonathan was miraculously healed of flat feet: so to bless us, Rosa Marie invited us for a barbecue. It was lovely – but it’s rare that you get invited somewhere here without the ‘rider’ that you pray for everyone in the house! The most ‘obvious’ healing was for Ana – suffering from this dreadful mosquito disease, chicunguña – especially in her ankles and feet – not good for a dancer, just like her brother’s flat feet – which are doing great, he told us last night.

We prayed for Ana: nothing ‘seemed’ to happen (it must have done, though, as God cannot renege on his promise to answer all of our prayers): the second prayer brought such a look of astonishment to her face as all the pain had gone….. thank you Jesus!!

Peter had taken a better photo of Eduardo, from church on Sunday morning, the man from the motorbike crash, with 20×5 cms steel plates in his massively swollen leg, ankle, and foot. This is about half the size it had been… and Eduardo was moving – and standing on – his foot and ankle, without pain… 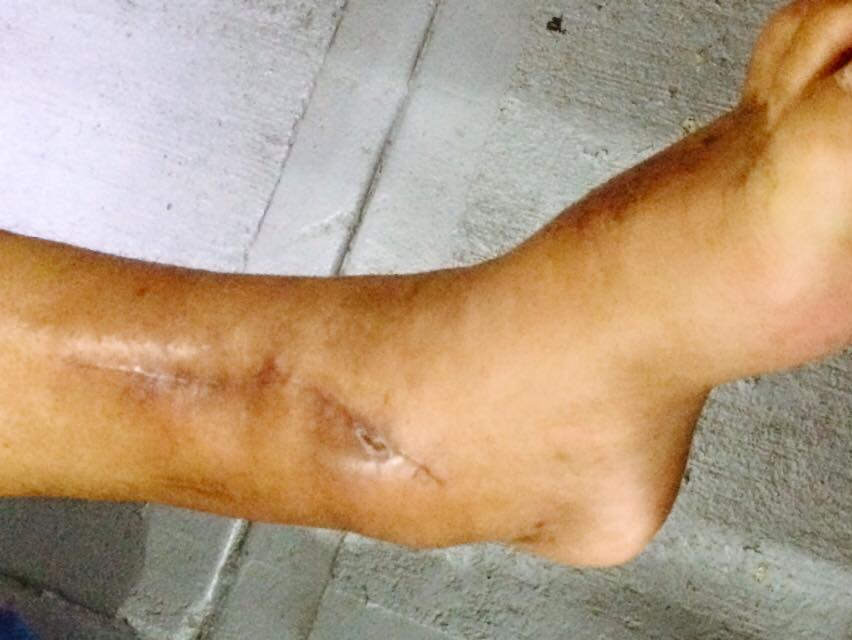 I still haven’t caught up with a few emails that I need to, so I’ve ‘bailed out’ of a lunch invitation today, to prepare for tonight’s meeting: it’s an Assemblies of God church if I remember correctly: I’ve not been there for about 2½ years. The last time was when I first my my friend Dario, who came for prayer that night having had ’30 surgeries in 15 months’ following 26 days in a coma. I won’t say any more as to why he’d had that many surgeries or why he was in a coma: just to say that this is ‘backstreet Cali’ stuff!!! It was lovely to see him in church on Sunday, I’ll be seeing him a lot more in the next few days.

It feels like I’ve been here for years, yet it has also gone so quickly. More than half way through this visit, only 8 more days to go… 🙁

It’s pretty much a packed programme, even daytimes, for the next 8 days, with 4 meetings Sunday in the city of Tulua, about 2 hours away from here, where many wonderful things happened in April, and last year. And, of course, return visits to Ana Beiba, and – hopefully, tomorrow, to Ana Bustos and her street people’s ‘mealtime’…. emotions shredded again, and yet delight that God enables us to go and be with them. It’s more of a blessing to us, believe me, than we are to them: yet, if you were here, they’d tell you it’s wonderful we’re there, as ‘gringoes’ just DON’T go to those places…

Peter took the best of our pictures, too, on Saturday, on the street in Simon Bolivar. Multiply the number of people you can see by about 10, and that’ll give you a rough idea of how many were there…! 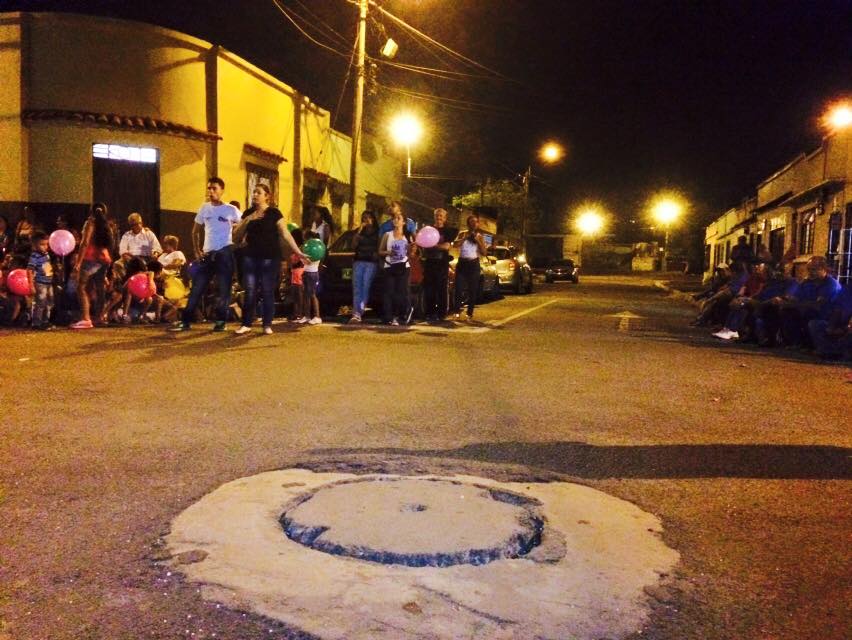