Back in November, I had the privilege of doing some meetings in wetsern France, the Vendee region. Apart from endless baguette and wine, there were even greater things to enjoy!! Lots of people were healed (see blogs for 22 November to 6 December). Among the many people prayed for is a lady, Jeannette: I met her in Nantes, and it was one of those occasions when I heard a prophetic word concerning her breast cancer, that there would be nothing left of it when she saw her Oncologist in January…. one of those times when you think, ‘Oh my goodness, did I say that out loud…?’!! 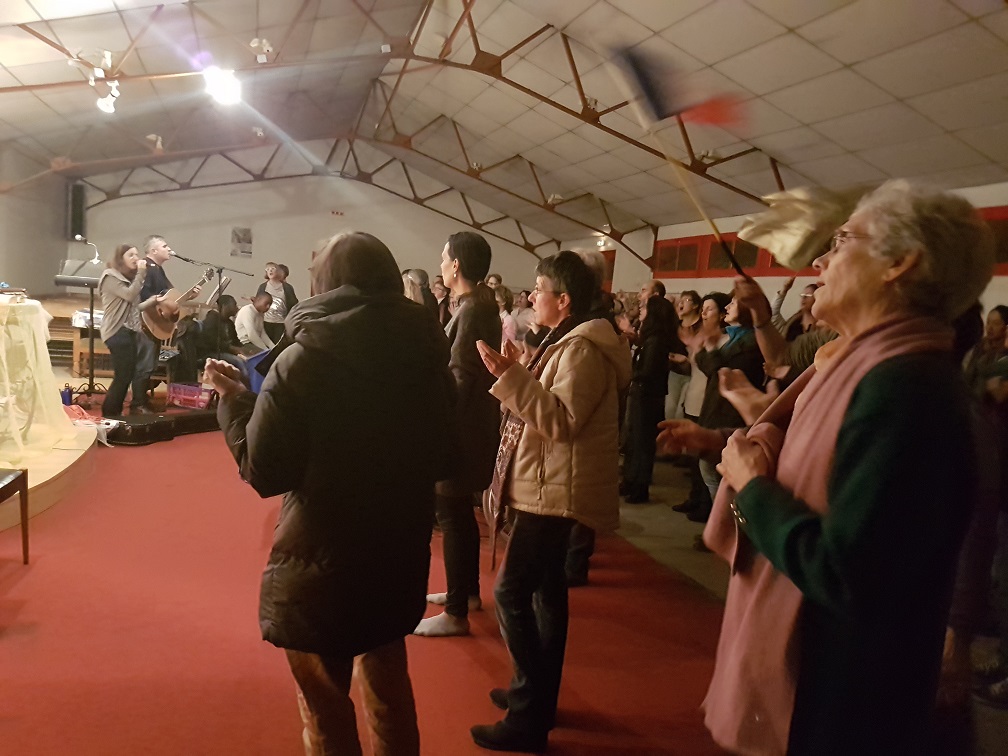 The meeting in Nantes where Jeannette was healed!

Three weeks later, I had a message from Philip, the leader of the wonderful Charismatic Catholic group there, which was a message that, if you allowed it to, could pile doubt on you as the person who prayed, and steal away the belief in the healing promises of God, and the conviction of the prophetic word that followed the prayer. Here’s what Philip said:

GOD IS SO, SO AMAZING!! AND SO, SO FAITHFUL!! I’m still so in awe every time there’s a miracle, even after more than 30 years of seeing God doing some of the most wonderful things to transform people’s lives.