Just a brief, awed, and humble post to thank God for his promises, and, as Paul assures us in 2 Corinthians 1:20 that every one of them (there are disagreements as to how many, but generally reckoned to be around 6,000) is ‘YES’ because of Jesus. 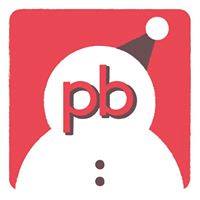 From 1975, I felt – KNEW if I’m honest – that God wanted me to resign my job in a bank to go into full-time Christian ministry, but I liked the security of a monthly salary, a subsidised mortgage (2.5% in an era when mortgages were 13-14% – remember those days?), and – much as i hated the job – a career for life, non-contributory pension scheme, and relatively early retirement. In my mind was the thought (lie?!) that I could get involved in Christian ministry then… how many of us who hear God like I did, waste our lives on a hope of something 40 years ahead?

By 1978, God had proved his relentlessness in nagging (!), and I gave in. His promise was threefold: TRUST ME for your home, your security, and your income. A tough shout – certainly where the first and third were concerned. An Englishman’s home is his castle: and the security of a monthly salary (for me, on the 18th of the month), is far more significant than we might think it is, once we’re called to give it up…. 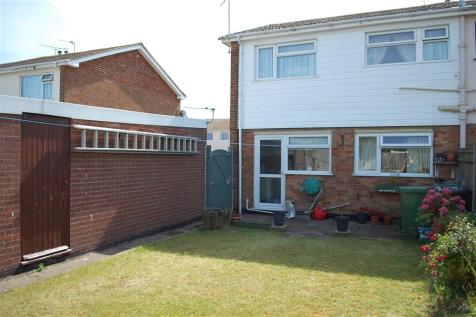 Similar to the first house I ever bought, in Eastbourne, in the south of England

I know, too, that God wasn’t allowing me to ‘charge’ to go anywhere, preach anywhere – just to trust him, and his people. He’s been faithful: some of you reading this have been faithful. Thank you, so, so much.

38 years later, I still have a home: I still have security (now it’s in God, and not in a bank, which, post 2008 and the bank collapse worldwide, is a good thing!), and God provides enough (sometimes JUST enough, sometimes much later than I’d prefer!) to take me wherever he wants me to go (just occasionally a little bit stressful!), for rent, and, as I often joke, I’m not exactly anorexic….

As for ‘postponing’ the call that I KNOW God had put on me, in 1975, until I retired, well – I’m so, so glad that I didn’t waste my life on a career that at best I really disliked, and I would never have seen all that God can do – and use the ‘reluctant’ full-time worker, 7 years later to be equally reluctant to travel to ‘the four corners of the earth’ to pray for the sick. I wouldn’t have missed any of the last 38 years!

110 countries visited to minister, many of them multiple times – Romania 131, USA probably more than that(!), Colombia 74, Ghana 22, Mexico 35, France over 100, Zimbabwe 15… I could go on! Countless people healed – well into 5 figures – people ‘snatched’ from the jaws of death, two raised from the dead, and I’m in awe as much now – and amazed – as I was when it all began. My feeling is that if that awe goes away, that’ll be the day I stop doing what I’m doing.

God’s promises are all YES in Jesus: the last 38 years stand testimony to that. And the next 38 will do the same. With no pension to ‘look forward to’ (I’m not looking forward to it, because I don’t have one, except maybe the very basic state pension!), I just long to keep going until I ‘drop’, which I pray will be well into my hundredth years…..

Because of major issues for other people, mostly medical, who I’ve tried to raise urgent finance for, I’ve not fund-raised for myself. I don’t plan to do that here, just to lay out how you can partner with me in seeing God’s Kingdom come, on earth as it is in heaven. Maybe if you have time, read through what’s below, and, if you can help, I’d be eternally grateful. I have lost a few supporters due to the uncertainty of Brexit, redundancy, in a couple of cases supporters passing away. Thank you so much for your consideration, your love, your care, support, and encouragement.

If you have been blessed by my ministry and are in a place to give, then it’d be wonderful to have you partnering with me financially. You can do this either with a one-off gift or becoming a partner by giving on a monthly basis. Thanks for your consideration in supporting all that Jesus is doing through me in the nations.

Here are some of the things your partnership enables me to do.

What’s in it for you?

You become part of what God is doing through this little Cockney in nations you might never go to. I don’t have resources – books, cds, videos, etc., to give away to you if you support me, and all of what I do I provide free anyway!: but one resource you could benefit from is to be on a ministry trip with me, as part of a team, which, as has happened for many people, is life-changing.

If you partner with the ministry God has called me to, I can’t really give you something that other people won’t get – Actually, it’s the exact opposite.

If you partner with the ministry you are ensuring that less fortunate people can receive what they would never be able to if I charged for it. You ensure that I can continue to go and resource people with faith, and healing: that I can travel to churches and countries who couldn’t afford to have someone come if that person didn’t pay their own way.

You can give through:

Give to Paul Bennison:
Enter the amount you would like to give: