Well, not quite constricted, nor eaten! – but with animals that have the capacity to do all of them. One of the things I’ve learned over the years, coming from a pretty unadventurous family in terms of travel and food (if it ain’t got ‘British’ on it, don’t eat it! – put the mockers on a good curry when I was growing up – but then curry was taboo!), along with many other things (animals, creepy crawlies, stepping outside of my comfort zones – I think it wasn’t a zone, it was more like a Scrabble square!), was that I could either be terrified, or face my fears.

Facing your fears is a choice. You’ll never really beat them just praying about them – I’ve found that the best way is to run at them full pelt, do whatever it is, eat whatever it is – and then next time it’s never so bad. In Hong Kong back in the ’80s, discovering that I was going to be working with the amazing Jackie Pullinger a bit (though having read her books’Chasing the Dragon’ and heard her speak, I was terrified of her! – you’ll be pleased to know I didn’t run at her full pelt, actually got on very well with her) I discovered that quite a lot of my time was going to be spent taking teams with large amounts of Bibles into a certain neighbouring country…. which was/is illegal under that country’s laws, but not under God’s laws! The thought of it made my legs somewhat jellified and my head somewhat terrified! Getting closer to the customs desk, I was convinced the guards would hear my heart pounding, see my jelly-legs looking as though I was inebriated, and that I should turn back. But that wasn’t an option, knowing that in parts ofChina there’s one Bible to thousands of people, they write it out by hand, they learn it (I met pastors who could virtually recite the whole Bible) and thinking about my bookshelves back home with maybe 30 different editions of the Bible on them, I had to beat the fear. As I approached the desk – and this was the story for others with me in my team – the guards were ‘distracted’, turned away, and waved us through – carrying huge heavy bags – and in mine, on the top, one t shirt, one pair of boxer shorts, one pair of socks, and a spare pair of trousers (in case my nerves over-ruled my bowel!!) and we got hundreds in…. three different visits.

Second and third times were much less stressful, because the back of the fear had been broken by doing what filled me with fear – and the thought of a Siberian coal mine!

I love animals – dogs especially (no time at all for those house-ruling cats! – and loved big wild animals – preferably in a zoo than close up and personal. But – how could you be afraid of this adorable lion cub? But man alive, his teeth were sharp, and his paws huge, and could he wallop you! But I had to play with him, fear of ‘lions’ notwithstanding…. not so sure I’d have rubbed his dad or mum’s tummies in quite the same way without bars and a muzzle between us! 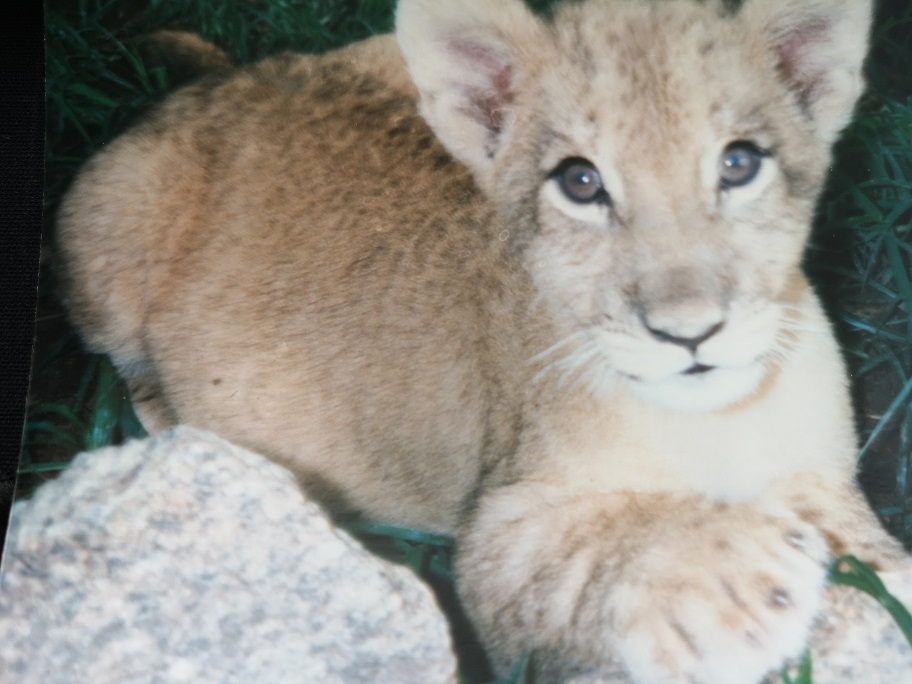 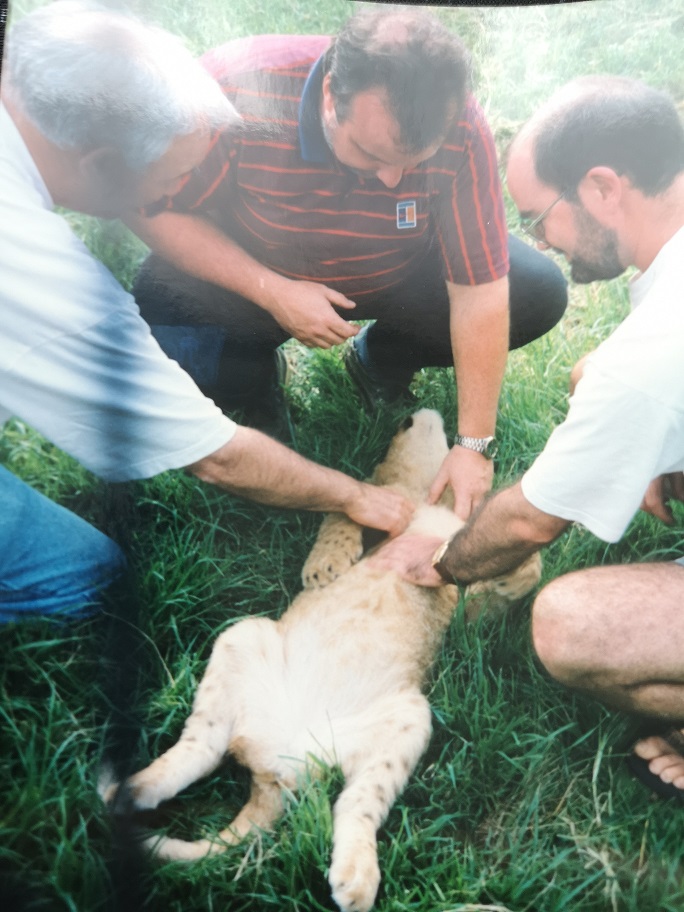 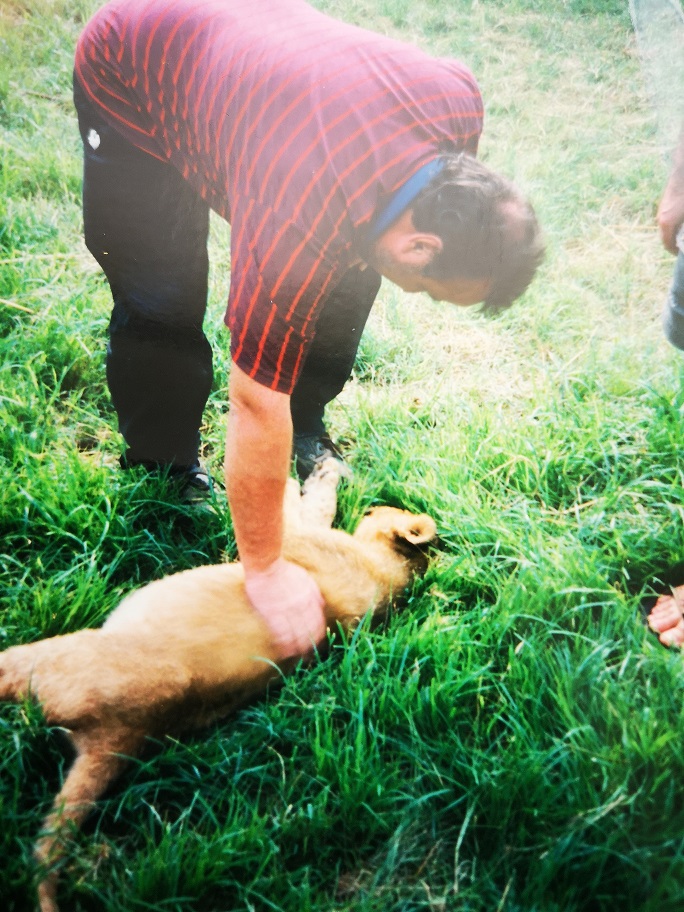 In Argentina, with my good mate Adrian Butcher, we had a bit of spare time so went to see Evita’s grave (Eva Peron). I DID have a real fear of snakes – still don’t like them! – and there was a guy making a living ‘selling’ pictures of tourists with a quite large Albino Python – not poisonous, but big enough and strong enough to constrict me to death! I wasn’t going to succumb, but was egged on by Adrian – and though I still wouldn’t want it as a pet, my ‘horror- fear’ of snakes went that day…. and the bearded, haired man in the picture (yes, it IS me!) actually managed a smile of achievement…. 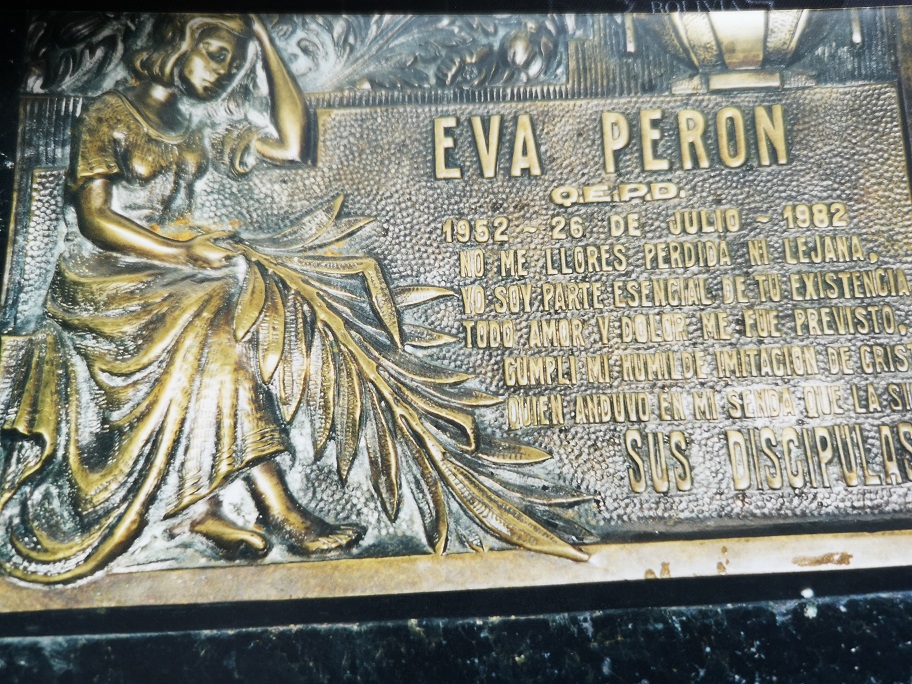 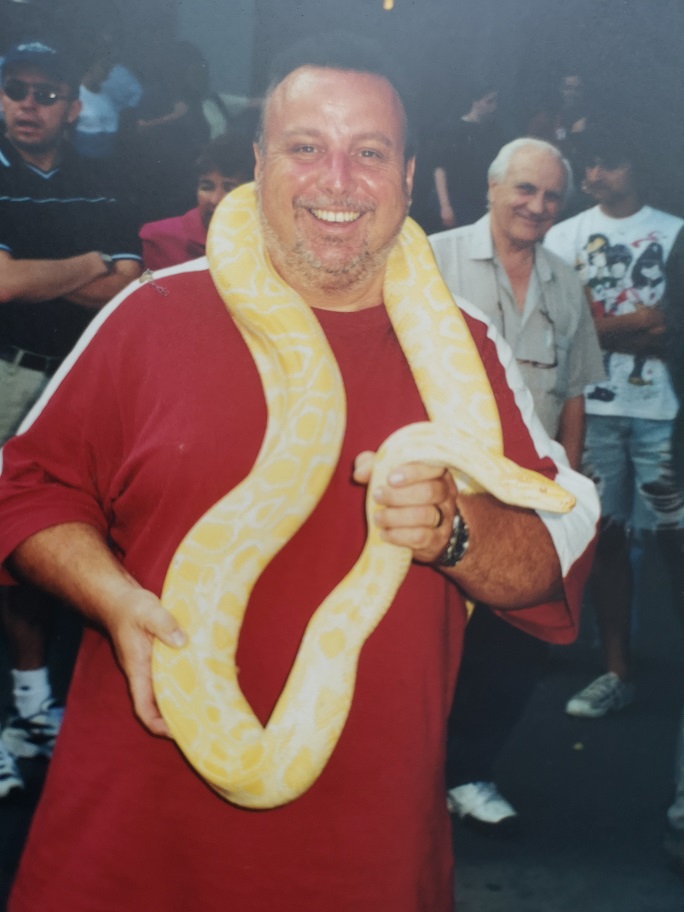 Camels, too – not a fear, just an intense dislike – at the Pyramids during a long flight layover in Cairo (where the Cairo-practors come from) I thought it’d be fun to dress us as T E Lawrence (of Arabia! – see the likeness to Peter O’Toole?) with sunglasses and trainers on?….getting on the wretched animal was a hoot – sitting on the silly hump with a tiny little ‘stick’ the only thing to hold on to… they get up back legs first (no one told me!) and I was nearly jettisoned into a mound of camel dung – once up, it’s ok. But it was right at the beginning of the first Gulf War, so the camel owners didn’t have any tourists to fleece – just me: so they decided to have a race, with me in it, to the furthest pyramid and sphinx. Those animals don’t half run! Holding on to that little stick at 300 miles an hour (well, a bit of an exaggeration there) was fear intensified! but I survived the race back, too…. 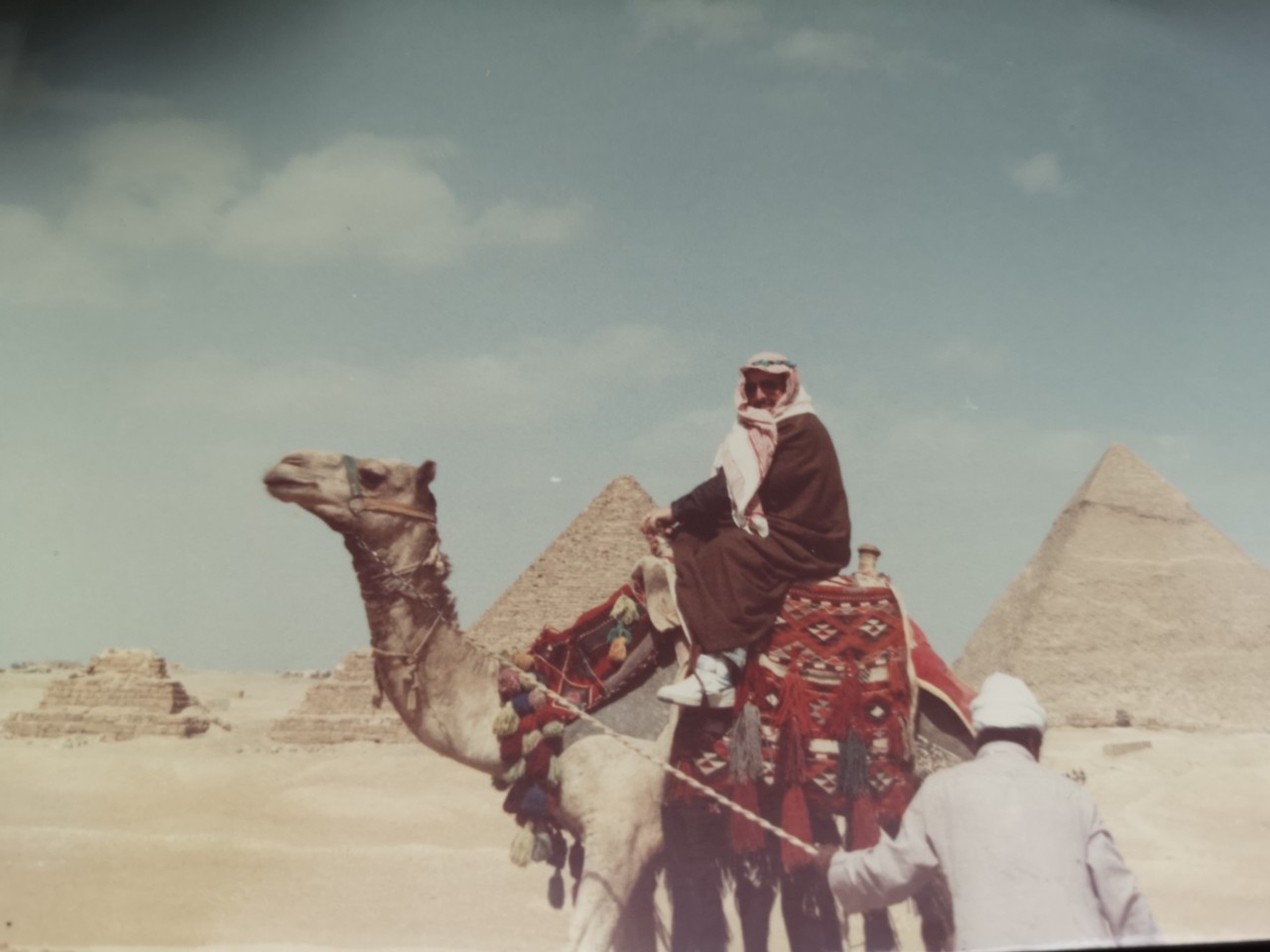 Whatever our fear, God will give us the guts and the grace to overcome it. If you don’t face your fear, run away from it, turn your back it – it won’t go away. It’ll be there, having multiplied and embraced other things to make you afraid, along the way. A word of advice if you want one, if God calls you to travel to nations you don’t know – where food is concerned, we all have ‘concerns'(!) – fears – of what might get put in front of us. I told God when this journey of mine began, to the nations, that as most of the places I go to, if someone was feeding me, or even buying a meal for me, I’d eat whatever was put in front of me. I have if I’m honest at times wish I’d never said that, but I’ve always survived, and more often than not enjoyed something I’d never have tried if I’d known what it was before I ate it! In China, halfway through a meal at a street ‘cafe’, Samuel Lamb bought me lunch: in China, tables tend to be circular, your own rice bowl in front of you, the bowls with meat and vegetables in the middle. I’ve never been good with chopsticks, but the meat was quite large chunks this day, I didn’t recognise the flavour, but it was fine. HALFWAY through the meal, I made my mistake that I learned from that day and have practised for the following 30+ years! DON’T ASK WHAT YOU’RE EATING TODAY if you don’t know it, until TOMORROW! ‘What is this Samuel? I dont recognise it – only the snake’ (which is a giveaway shape in any bowl!). ‘This is cat, and this is dog’….. what had gone down easily until that moment began to bark in my stomach, and wanted to escape the way the way it had entered! And if you go to India, especially in the south where the curry is hotter, and you eat – which you have to to survive! – remember, YOU DON’T BUY FOOD IN INDIA, YOU JUST RENT IT FOR 30 MINUTES…..!!!! if you don’t get it, ask someone, or work it out (but let me say you won’t HAVE to work it out!!!!).

Last thing (for now!) about fear of being crushed – I adore elephants, fabulous creatures, showing God’s creative genius to the full. I’m not so sure I love them so much when, sat in a car stuck in deep sand in Hwange National Park, Zimbabwe, when this thunderous noise filled the car, and this pack (is that the right collective word?) of elephants were heading for us at amazing speed. They fortunately, after much-shouted prayer from my pastor friend Brian, and long-time friend Tim, and me, veered off away from the front of the car. It was a heart-stopping moment! 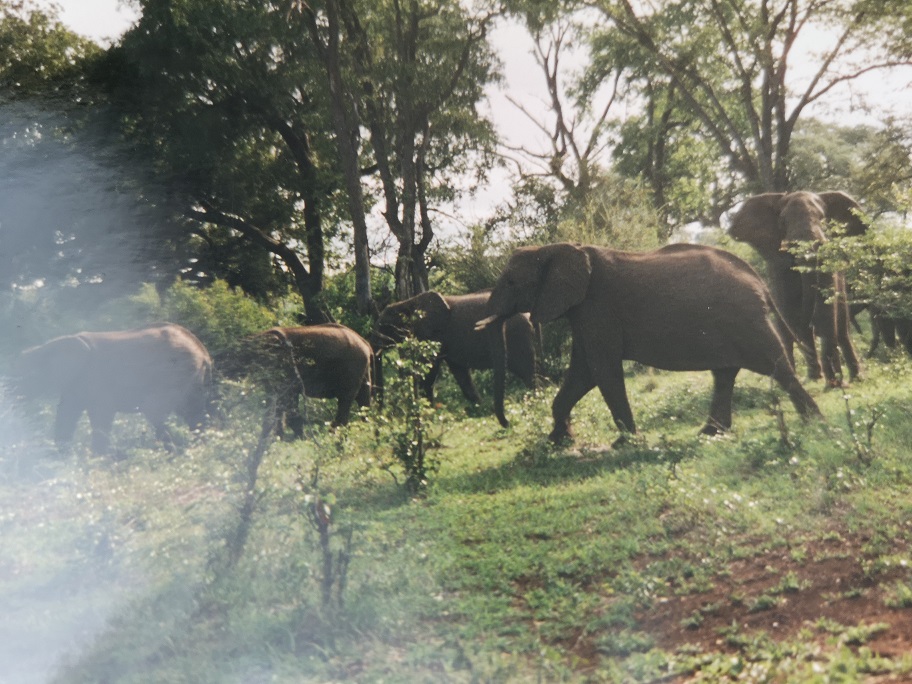 FACE YOUR FEARS HEAD ON: God hasn’t given you a spirit of fear, and perfect love casts it all out anyway – unless we want to keep it!! 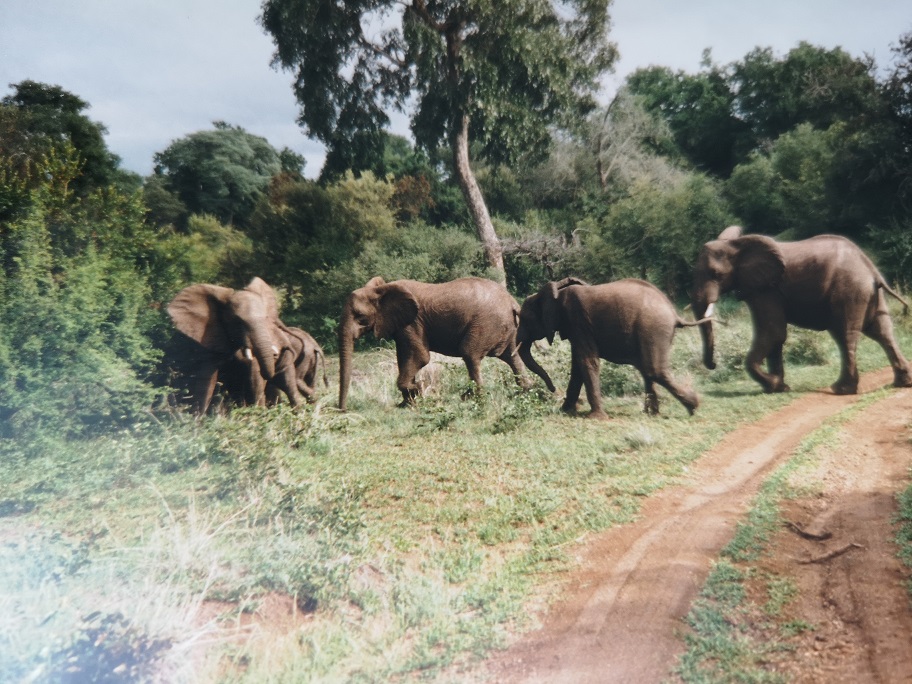 « Why do men fall in love?
THOSE MAGNIFICENT MEN IN THEIR FLYING…..MAZDA! »

2 thoughts on “Constricted, crushed, and eaten to death… facing fears!”