One of the things about moving home is that you can find things you haven’t seen for a long time, things you’ve forgotten about, other things you’ll never forget but think have gone forever… last week a mass of photographs came to light, and reminded me why I love doing what I do, going where I go – even if it’s sometimes a bit stressful financially, and occasionally a bit hair-raising when certain things happen!

Back in the mid-90s, my good friend Tim Herbert gave up his job and went as a missionary to Mozambique. It was a real privilege to go and visit him a few times, and get involved in what was then – maybe still is – one of the poorest countries in the world. Even better was going out into the remote areas of the Mozambiquan bush to speak in churches, pray for people, and be blessed by the love of the people, their hospitality, kindness, and their delight at having foreigners go to where foreigners don’t often go. Some amazing things happened in each visit – including, one night, going to bed in the pitch dark, getting into bed, and finding someone already in it! – a local homeless man, who was very welcome to stay there…..but not to share it with me! Sleeping in a hammock outside, on the verandah of the mission station where Tim was based, my first time ever in hammock (I wasn’t too good at getting in it, and then getting the mosquito net to cover every square inch of it as the mossies there are lethally malarial…. it turned out that my head was under a bat’s nest, and the bat droppings started to be delivered and strained through the mosquito net, dripping steadily onto my head! I changed ends (and not just at half-time!) as I didn’t want to find I’d slept with my mouth open… I leave you to work out the rest.

We had a wonderfully spectacular car crash, too – I would emphasise that I wasn’t driving! – with two well-padded ladies and a slim Pastor in the back, jammed in (fortunately!) as Tim headed up a long hill with the sun right on the brow of the hill. I did point out that there was a man standing in the middle of the road, next to his bicycle, and we were doing about 80 kilometres an hour (50 mph). We assumed he’d move. He didn’t. At the last minute, Tim jammed on the brakes and swerved – it was then we realised he’d been obscuring a very large pothole, which we hit broadside as the car swerved. We took off – literally. We ‘rolled’ over one and a half times in the air, landed on the roof, skidded, went back onto the wheels and finally stopped about 400 metres from where we’d begun to orbit! The car had been rented from a ‘well-known’ car hire company in Mutare, Zimbabwe, I knew the lady who rented it to us as I’d hired from her before, and assured her that taking a brand new Mazda 323 (3 miles on the odometer I think) into Mozambique wouldn’t present any problems for the car…. The noise from our passengers was full of shouted and screamed prayers from the ladies, the Pastor remained quite calm. As the roof had caved in somewhat, and the car had changed shape, so it was extremely difficult to get the doors open – miraculously, no one was hurt apart from one lady in the back – I think her name was Beatrice – who’d bitten her lip as she screamed, and a small cut on the Pastor’s head! When we finally got out, dozens of locals had ‘materialised’ out of the bush, watching these two white blokes begin to go and remonstrate with the cyclist. He wasn’t there. According the crowd, there’d never been a man with a bike – was it a demonic apparition to try and kill us? We’ll never know. All four wheels were pointing in different directions, the windows were ‘rather’ damaged, the roof caved in…but we had to drive it back to the mission as if we’d left it, it would have been ‘stripped’ of everything in minutes!

So we went home like a crab – sort of sideways going forward! We had to pass four police checkpoints, and prayed that they’d be distracted as we went past, as we’d have been prosecuted because the car was somewhat unroadworthy! Next day, I called Stella, at the car hire location, and said we had a slight problem as the car wasn’t driving quite as it should! I told her it didn’t fly quite as we’d expected, and that the roof, and much of the car, wasn’t quite the same shape! Bless her, she laughed, told me they’d send in a low-loader to take it away and bring another car to us! 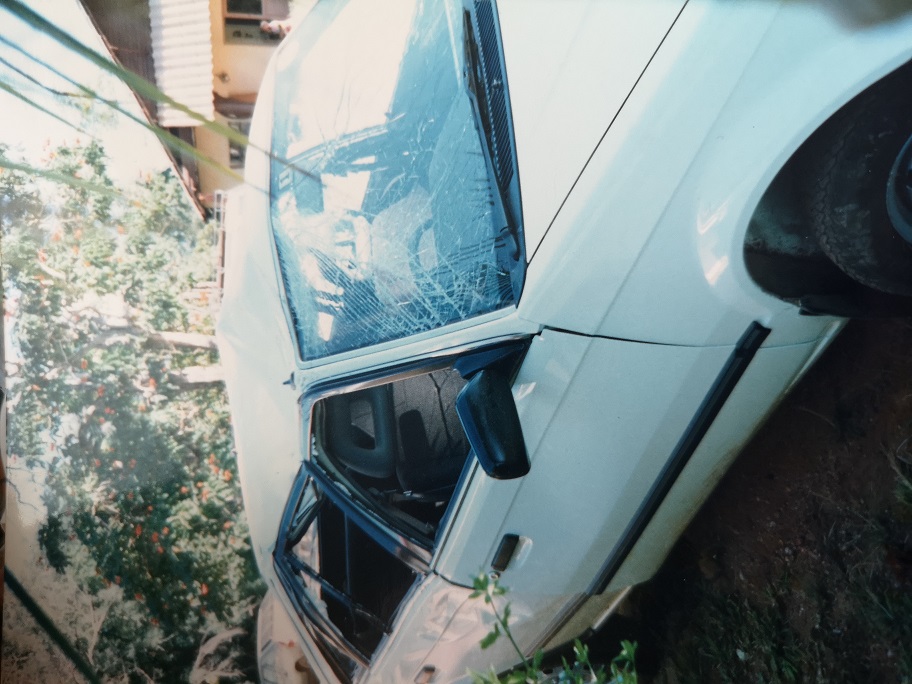 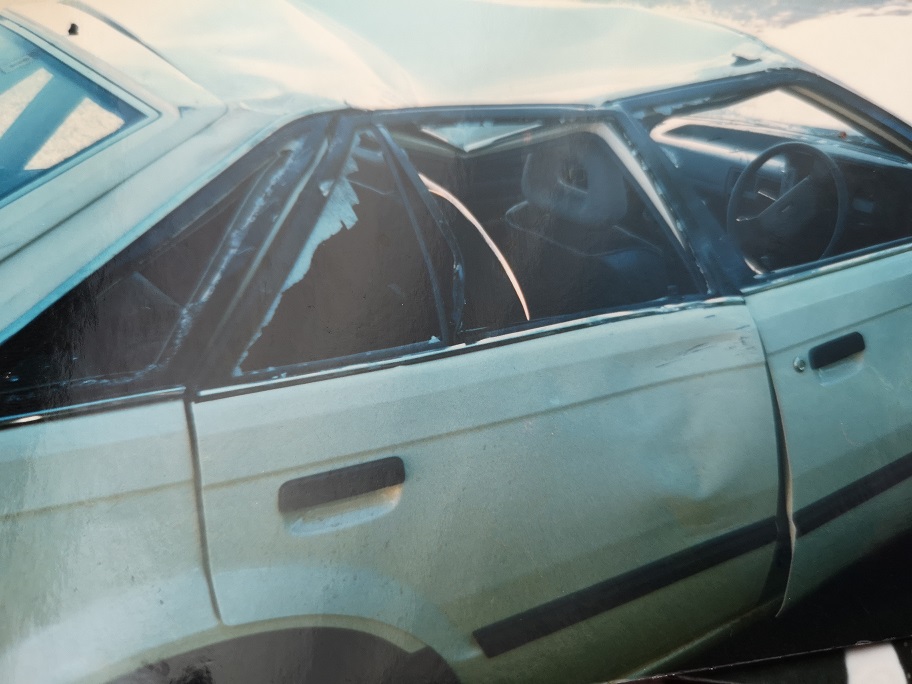 We did thank God for his protection, but it was one of the best roller-coaster rides we’d ever had! One of the great delights is going to the churches made out of bamboo, sugar cane leaf rooves, and being blessed as people were saved and healed, with some set free from the ever-present influence of the witch doctors and voodoo. What is so humbling is the hospitality in the poverty these wonderful people live in. Vast quantities of sadza (nshima in other counties0 – a ‘pudding’ of thickened porridge made out of any number of pulverized grains. The most common form of sadza is made with white maize (corn) mealie meal, with some form of stew – mostly liquid – and sadza is so hot, but you dig into a mountain of it with your fingers, and roll it in your hands before you eat it…. In the churches, they want to give you an offering: but they have no money. So the offering is frequently sugar cane, maize cobs, tomatoes….anything they can grow. 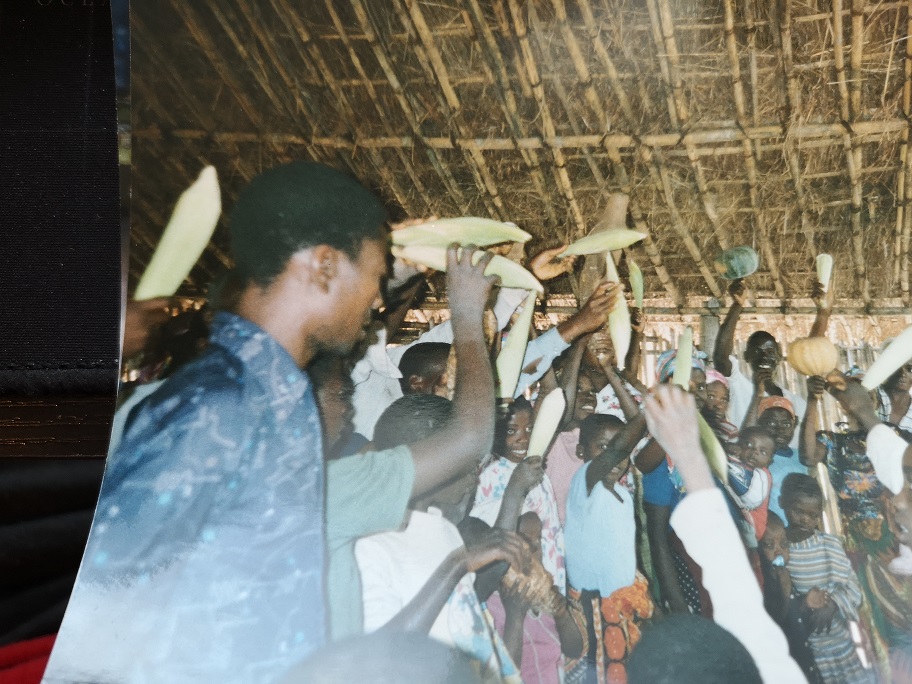 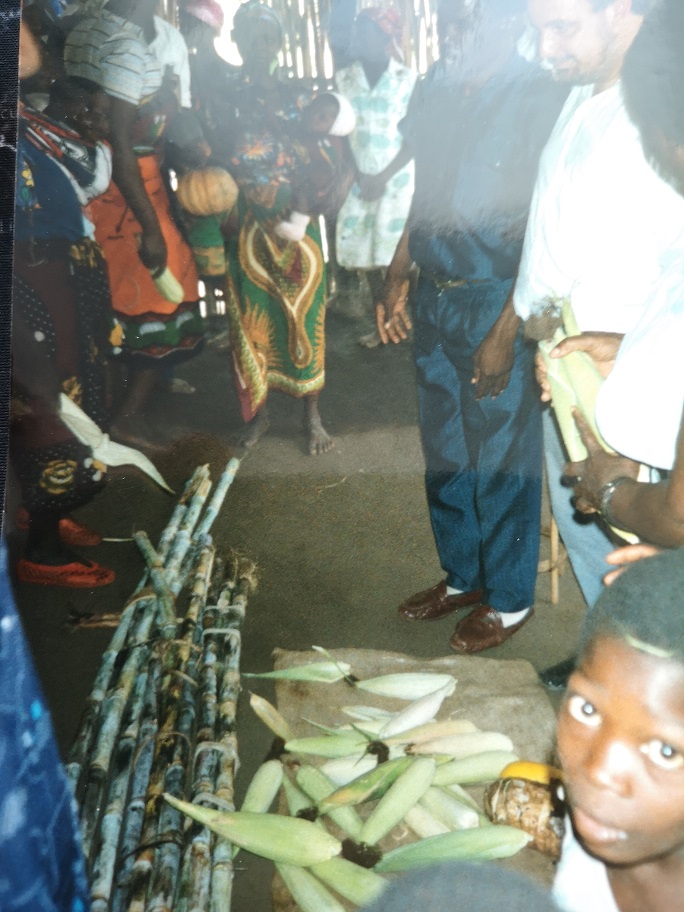 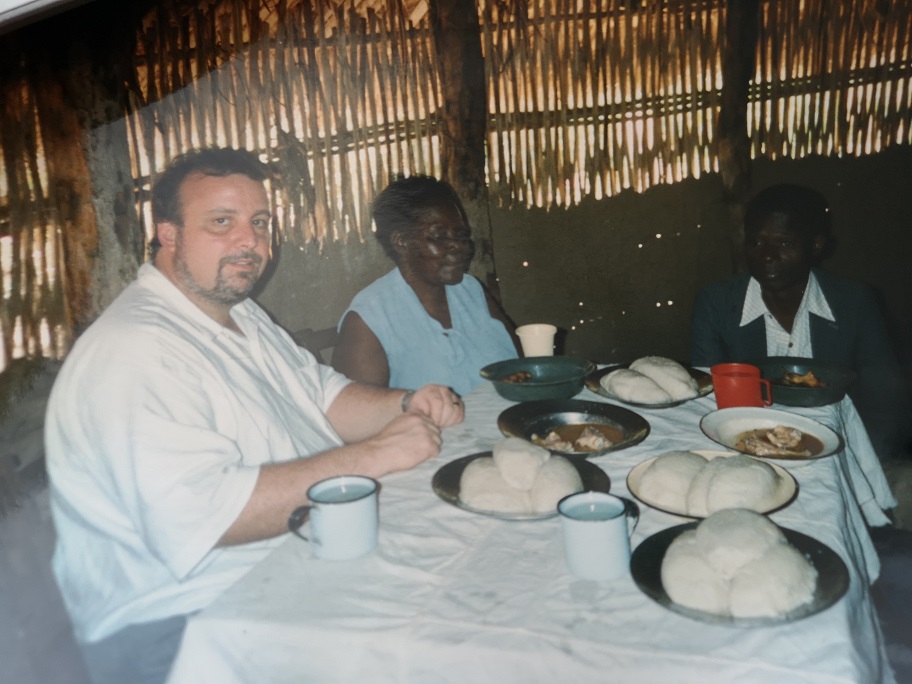