Yesterday was a quieter day for Chris and me, you might think ‘why do they need a quiet day after only 3 days?’!! – well, if you’ve ever preached and then prayed for sick people for some hours afterwards, you’ll know why! It’s totally exhausting. If you read here often, you’ll know that my ‘style’ is NOT to have a long line of people, and walk along it, tapping each person on the head (worse still, pushing them over!): I love to sit with EVERY person, giving them time, building even just a small bridge of relationship, giving them time, care, compassion, and in doing that, you ‘give away’ a lot of yourself, and it’s phenomenally draining. So four long meetings in 2 days meant we were both shattered.

We had a lovely hour or so with my delightful friend, the Rev Dr William Castaño, who, along with best friend Wilmar Gomez, organises our whole schedule here. I think I can hear people thinking, ‘A theology doctor organises Paul? One of the least theological experts in ministry?’!!! – yes, he does! We love him, he loves us, and willingly opens up his churches to us, and negotiates visits to hospitals, prisons, drug rehab centres too. So yesterday, the schedule filled out even more than when we first arrived, hardly any space to put anything else in over the next two weeks. Many churches, hospitals (no prison, this time, yet), and at least three visits to drug rehabilitation centres.

Then the afternoon yesterday was going over the re-worked schedule, with Wilmar, his lovely wife Marlene, and getting some time with their two lovely daughters, Sophia and Sara. Then mundane things like shopping! – essential if you don’t want to run out of loo rolls and cold drinks!

So, to some more testimonies! Sunday night, in the church picturs, Centre of Faith and Hope, was up an unmade mountain track that you’d have though led nowhere! – and it had rained heavily, so the road was…er…interesting! It’s the church I mentioned in yesterday’s blog where many were healed, and, seemingly, one resurrected, during the visit 6 years ago. (If the cynics want proof, two pastors present will confirm it!). Rubiella had chronic arthritis, osteoparosis, and liver problems. She’d had dreadful problems walking – all pain disappeared as God healed her, did miracles in her joints. The (very) short video is her telling her story, you can just make out the English translation… 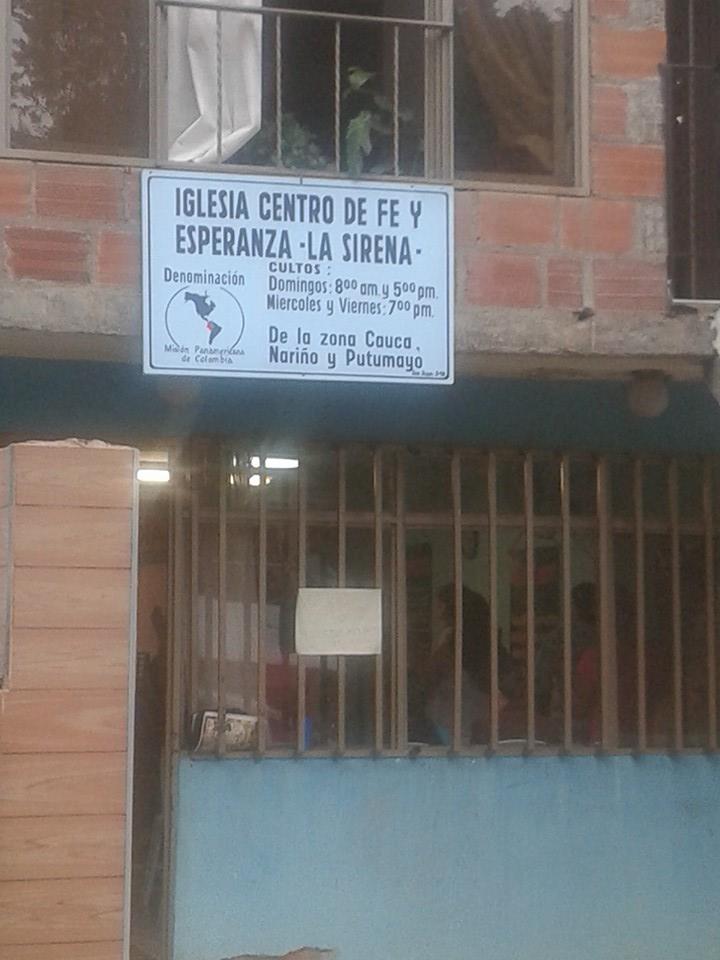 Isabella had various arthritic and spinal issues, including arthritis in her spine, and her pain subsided considerably.

Nelsie had an acute pain in her chest and high blood pressure. The pain disappeared completely….

Maria Virginia, with acute womb and uterus pain, and tinnitus

Maria Virginia had acute womb and uterus pains, which were gone by the time we finished praying…

Adele had bronchial problems and tinnitus. By the time we finished praying, she was breathing freely and the ringing in her ears had stopped.

The church Pastors, Alcides and his wife (name disappeared fom memory – sorry!!) was once again, over the moon. It’s a church I want to go back to time and time again, as the likelihood of any overseas visiting preachers going on the long journey up unmade roads like rives in the rain, to a church in that village, is virtually nil. They’re the places I love…

Alcides has a real claim to fame, though, as he’s pretty much a Morgan Freeman lookalike!

SUCH a joy and blessing to be in his church, and the countless other small churches like it. Who’d NOT want to go there when the Presence of the Almighty God is so evident, and the Holy Spirit is running riot healing people?

I mentioned yesterday a young man, Gerardo, who’d been shot 16 ties on Christmas day last year. He’d been wheelchair bound since leaving hospital, and had not been able to get himself out of hi wheelchair. To live in a mountain village, with un-made roads that really ARE like rives in the heavy rains (it’s the heavy rainfall season now – more in the next paragraph!) is impossible. Like I said, he didn’t walk out of the church, BUT – he got himself up from his wheelchair, and stood for some moments under his own strength, at least three times…. he’s lost so much muscle in his legs that would prevent him walking, but I’m pretty certain that we saw strength coming back to his arms and legs: we wait for the next instalment! He DID give his life to Jesus – which was far better than anything else! Video here…

Yesterday was the most spectacular thunder, lightning, an rain I’ve seen here since our car was ‘transported’ by God on a mountain journey back to Cali, from Buenaventura about 5 years ago. It was awesome! The noise…the rain (you couldn’t see more than about 10 yards) in front of you), and in moments, even the busy city streets were like fast-running rivers. The only problem is: it took out the internet (which is already pretty grim here this time!)…